Message In A Bottle: What Happens To Plastic Litter?

Have you ever wondered where exactly litter ends up or how far a piece of plastic can travel? The Environmental Protection Agency (EPA) in New South Wales, Australia, is showing the impact of plastic pollution by putting GPS bottles into harbours, rivers and lakes across the state and tracking their progress.

40 bottles were released on March 27 as part of their campaign "Hey Tosser!" and spent four weeks making their way through the waterways with scary results!

Where did they end up?

Some bottles didn't travel far, with the shortest distance travelled only 850 metres. Many ended up stuck in mangrove forests while others made their way out into the ocean. The most adventurous bottles moved almost 2km per day and ended up 58.7kms away from its starting point. 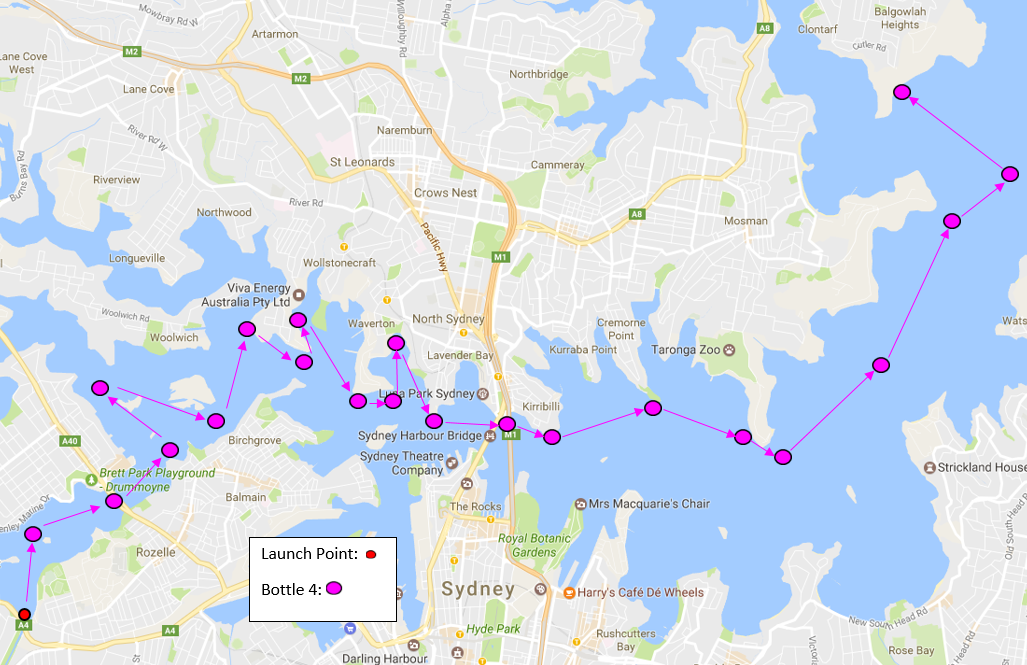 One bottle ended up being collected, put in a bin and made it's way to the tip. A big thank you to all those beach cleaners out there who are stopping this plastic from going any further into our ecosystems!

The bottles are now being collected and the data from the experiment will be used to educate communities about what happens to plastic once it gets into our waterways. 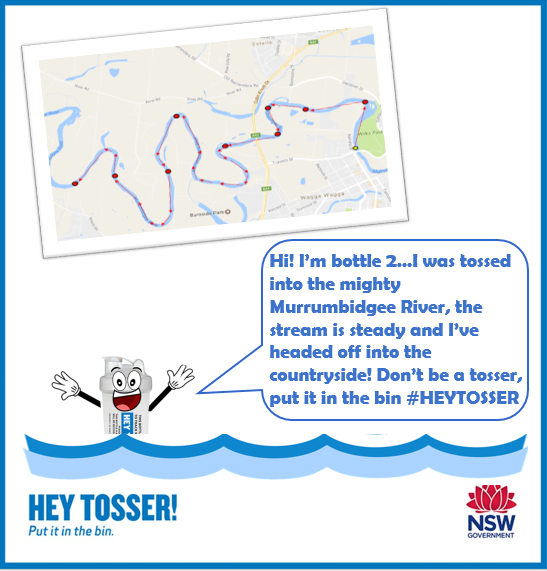 Why do we care where bottles end up?

If one bottle can travel almost 60km in one month, imagine how far a piece of plastic moves in its 1000-year lifespan. This experiment shows that when plastic makes it to the ocean, it doesn't just pollute the local area but can potentially impact communities on the other side of the world.

Over 7 million tons of plastic litter enter the ocean every year, which is about 8 million pieces per day. This plastic never breaks down; it only breaks up into smaller and smaller pieces. As well as plastic, the ocean is home to a whole bunch of other toxic substances, which become attached to the plastic. As the plastic lingers in the ocean, getting smaller and smaller, it attracts more and more toxic substances. until eventually it is a microscopic ball of toxins.

By this time the plastic is small enough to be be ingested by small fish and filter feeders it is highly toxic. As the small animals are eaten by bigger ones, the toxins and plastic accumulates. Scientists fear that the build up of these toxins could cause poisoning, infertility and genetic disruption in marine life, and potentially in humans if ingested in high quantities.

This is why it is so important to avoid single use plastics like coffee cups, straws, plastic bottles and plastic bags. The less plastic we use, the less chance there is of plastic entering our oceans and our dinner plates.

READ THIS NEXT: Micro-plastics In The Ocean Come From Fabric Fibers