Deloitte Access Economics has valued the Great Barrier Reef at A$56 billion, with an economic contribution of A$6.4 billion per year. Yet this figure grossly underestimates the value of the reef, as it mainly focuses on tourism and the reef's role as an Australian icon.

When you include aspects of the reef that the report excludes, such as the ecosystem services provided by coral reefs, you find that the reef is priceless.

Putting a price on the Great Barrier Reef buys into the notion that a cost-benefit analysis is the right way to make decisions on policies and projects that may affect the reef. For example, the environmental cost of the extension to the Abbot Point coal terminal can be compared to any economic benefits.

But as the reef is both priceless and irreplaceable, this is the wrong approach. Instead, the precautionary principle should be used to make decisions regarding the reef. Policies and projects that may damage the reef cannot go ahead.

How do you value the Great Barrier Reef?

The Deloitte report uses what's known as a "contingent valuation" approach. This is a survey-based methodology, and is commonly used to measure the value of non-market environmental assets such as endangered species and national parks – as well as to calculate the impact of events such as oil spills.

In valuing the reef, surveys were used to elicit people's willingness to pay for it, such as through a tax or levy. This was found to be A$67.60 per person per year. The report also uses the travel-cost method, which estimates willingness to pay for the Great Barrier Reef, based on the time and money that people spend to visit it. Again, this is commonly used in environmental economics to value national parks and the recreational value of local lakes.

Of course, all methods of valuing environmental assets have limitations. For example, it is difficult to make sure that respondents are stating realistic amounts in their willingness to pay. Respondents may act strategically if they think they really will be slugged with a Great Barrier Reef levy. They may conflate this environmental issue with all environmental issues.

But more importantly, the methodology in the report leaves out the most important non-market value that the reef provides, which are called ecosystem services. For example, coral reefs provide storm protection and erosion protection, and they are the nurseries for 25% of all marine animals which themselves have commercial and existence value. 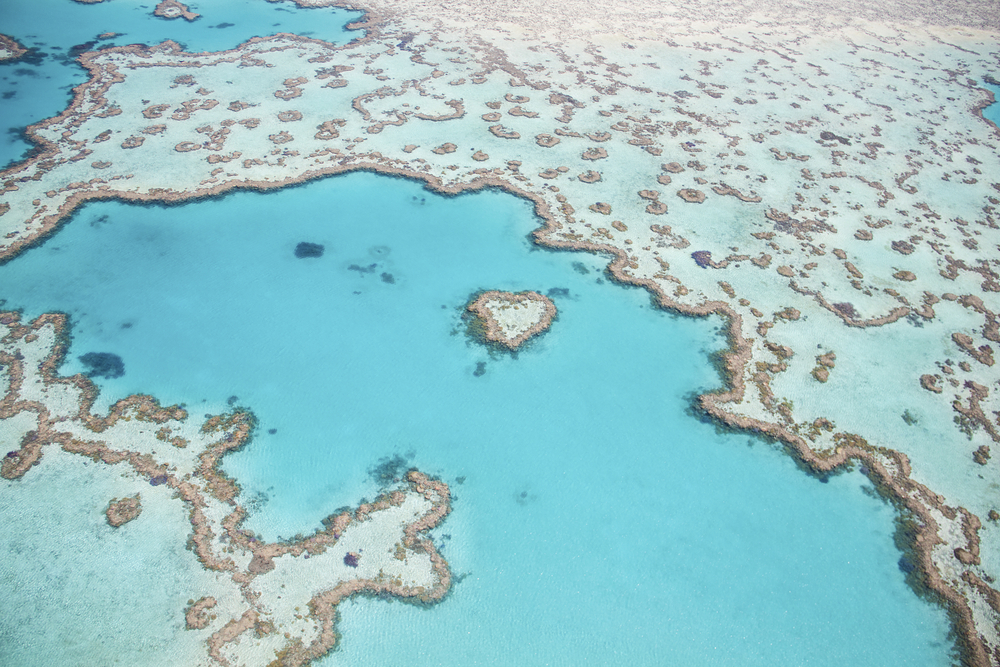 The Deloitte report even cites (but does not reference) a 2014 study that values the ecosystem services provided by coral reefs at US$352,249 per hectare per year. The Great Barrier Reef Marine Park covers 35 million hectares with 2,900 individual reefs of varying sizes. This means the ecosystem services it provides are worth trillions of dollars per year.

That is, it is essentially priceless.

The problem with putting a value on the Reef

Valuing the environment at all is contentious in economics. Valuation is performed so that all impacts from, say, a new development, can be expressed in a common metric – in this case dollars. This allows a cost-benefit analysis to be performed.

But putting a price on the Great Barrier Reef hides the fact that it is irreplaceable, and as such its value is not commensurate with the values of other assets. For instance, using Deloitte's figure, The Australian newspaper compared the reef to the value of 12 Sydney Opera Houses. But while they are both icons, the Opera House can be rebuilt. The Great Barrier Reef cannot. Any loss is irreversible.

When environmental assets are irreplaceable and their loss irreversible, a more appropriate decision-making framework is the Precautionary Principle.

The Precautionary Principle suggests that when there is uncertainty regarding the impacts of a new development on an environmental asset, decision makers should be cautious and minimise the maximum loss. For example, if it is even remotely possible that the extension to the Abbot Point coal terminal could lead to massive destruction of the reef, then precaution suggests that it shouldn't go ahead.

Assigning a value to the reef might still be appropriate under the Precautionary Principle, to estimate the maximum loss. But it would require the pricing of all values and especially ecosystem services.

While the Precautionary Principle has been much maligned due to its perceived bias against development, it is a key element of the definition of Ecologically Sustainable Development in Australia's Environment Protection and Biodiversity Conservation Act 1999.

For a priceless asset like the Great Barrier Reef, it is perhaps better to leave it as "priceless" and to act accordingly. After all, if the Precautionary Principle is ever going to be used when assessing Ecologically Sustainable Development, in contrast with cost-benefit analysis and valuations, it is surely for our main environmental icon.

Ultimately, the protection and prioritisation of the Great Barrier Reef is a political issue that requires political will, and not one that can be solved by pricing and economics.

Read this next: The Great Barrier Reef: Australia's National Treasure