What an inspiring and intelligent woman Wendy is. She is a long-term campaigner against coal mining.

Her anger at how these coalmining companies have expanded over the last twenty-five years is evident. She has been forced to sell most of her historic property to coal miners and despite the millions of dollars being thrown at her to sell her last remaining acres Wendy is hanging on to her house and surrounding land for dear life!

Wendy explained that the long fight to save her farm (25years) is on a much bigger level than just her and her family. It is about her passion to protect valuable farmlands and essential waterways from complete destruction by the mining industry.

Amongst other serious concerns Wendy is deeply worried about the health effects of coal mining on the local children who's natural tendency is to play outside. She has seen many families struggling with illness like as asthma and lung disease.

Read more: Air pollution facts that will leave you gasping.

Another one of her main concerns is the local water quality. Wendy has evidence that shows huge volumes of toxic water leaking into her beautiful local waterways and important river systems.

Wendy has helped farmers and people affected by mining. No one knew anything; they didn't know how to handle the mining companies. Miners would use divide and conquer techniques to get contracts sold which consequently caused break ups of marriages and businesses. I experienced this first hand when visiting the local town and talking to business owners.

I agree with Wendy when she poses the question "why hang on when most of these coal mines are operating at a loss". Then there is the issue of abandoned open cut sites. Wendy says,

Who's responsible for these empty toxic pits everywhere?

This is a massive, immediate issue for Australia. Wendy is a big supporter of renewable energy and has solar panels and a hot water system, which she says apart from being far cleaner energy source she is also saving money. She believes that renewables are the future and that mining is on the way out. All I can say is watch out for Wendy! They had better clean up behind themselves or she will be on their doorstep.

READ THIS NEXT: Coal seam gas and country women

READ THIS NEXT: The problem with coal 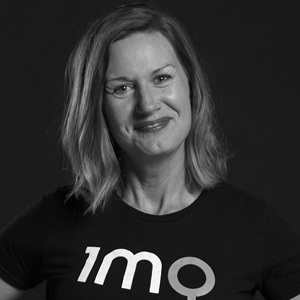 Tara Hunt Director Suggest an article Send us an email