A Guide To Having A Conversation With A Climate Denier: Part 1

Sitting at an enjoyable social setting and then suddenly the conversation turns ugly. "Climate change is not real," "scientists are colluding with each other," "look at the ice age!"

I'm sure you've been there. Attacked by those that are adamantly defending their belief. Funnily enough, when I have been confronted with a 'conspiracy theory,' it is always from those who have not read the IPCC reports and definitely have not studied science, especially climate or environmental science.

A lot of the time, you might not want to even bring it up with them, but I believe that those of us who live in a privileged society have a 'duty of care' to do and say more about protecting the environment, in an engaging, positive and respectful manner.

Even though, on the inside I find it a tad arrogant that someone who has not studied science nor sustainability can argue with me on a topic that they are not qualified to fervently dispute, I keep my ego to the side. After all, I have also heard the same type of people argue that a qualified and experienced lawyer can't read contracts! 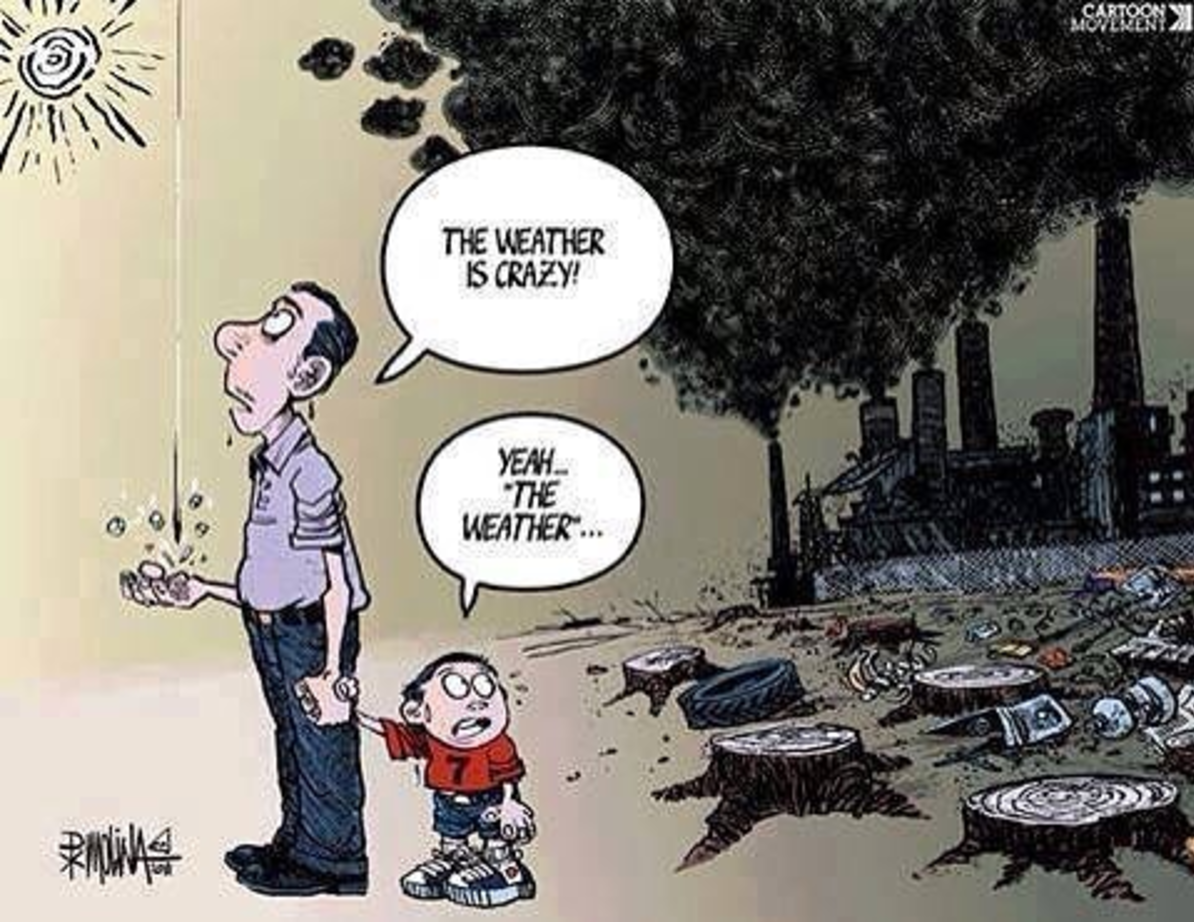 Your pride's not going to like it, but this isn't an 'argument' that you're looking to win. This is a conversation. It might be one of many conversations this 'climate denier' has with people like yourself before they start to come around. Think more about how you're going to fit into a bigger picture with this conversation, rather than how you want to look better in that moment. It's not likely that they're going to stand down and admit that they've been wrong in front of you, and even less likely that they'll do it in front of a larger group of people. You might just push them away, and they'll never consider your points, and in the end, all you've done is made things awkward, and the planet isn't going to be better for it.

2. Emotionally detach yourself from the issue.

This is a big one. We are all passionate about fighting climate change for various reasons. For some, our passion is based on wanting our kids to have lives that are just as good or if not better than our own. Others care about those that have done nothing to cause climate change, but are suffering the most from it. Your love for those animals that are being threatened by extinction maybe what drives you to fight climate change or just the fact that it's going to affect every single aspect of our lives in some way or other. For this conversation, step outside of yourself and focus on the person you are talking to and listen.

3. Seek to understand, in order to be understood.

Listen carefully to our climate denier, so that you can find out what motivates them and what they care about. Our friendly climate denier wants to be heard just as much as we do. Make this conversation be about understanding them. Think about why the person you're talking to is a climate denier, what do they care about, and why might they care that climate change is happening. Do they have kids? Do they love coffee, wine or chocolate? Are they a farmer? Then think about how they need to be told.

4. Personalise the conversation to who you're speaking to.

Once you understand what motivates our friendly climate denier, think about how they need to be told the facts. Some people respond better to stories and others want the hard numbers. You'll get a better outcome and you'll be even better prepared for the next time you talk to someone like them.

A snippet of one of my conversations with a climate denier

Climate denier: "There are scientists that don't believe in human induced climate change." "Scientists are colluding in order to get funding for their projects"

So then why would you believe anyone other than someone who is both qualified and experienced in climate science on the subject of climate change?

Climate denier: "Scientists are colluding to frighten us!"

From the beginning of time, there are those minority groups that embrace conspiracy theories in regards to many varying topics. Having studied both science and sustainability, I can say with confidence, that in general people who study these types of courses are altruistic, optimistic, and innovative. Scientists are not driven by profits or else they would have studied finance. So when a scientist is concerned, we should take notice!

A climate denier: "Climate change is not human induced!"

A response: Have you read the Intergovernmental Panel on Climate Change (IPCC) report?

Climate Denier: What is the IPCC report?

The Intergovernmental Panel on Climate Change (IPCC) is the leading international body for the assessment of climate change. Thousands of scientists from all over the world contribute to the work of the IPCC. The 5th (IPCC) report states with 95 percent confidence that humans are the main cause of the current global warming:

"It is extremely likely [95 percent confidence] more than half of the observed increase in global average surface temperature from 1951 to 2010 was caused by the anthropogenic increase in greenhouse gas concentrations and other anthropogenic forcings together."

Have you come across statements that aren't mentioned here? Take a look at part 2!

Daphne Kapetas is a qualified and experienced cosmetic chemist and marketer with a passion for sustainability and the dance floor. Having worked in the beauty industry with multinationals from, 'concept, product development to product launch,' for 17 years, she is an authority on all things cosmetic. Keep up with her at her website Daphne K Knows