How To Become A Vegetarian When You Love Meat

There are numerous reasons why people choose to eat a meat-free diet. Greenhouse gas emissions associated with meat production are estimated to account for over 14.5% of the global total. Meat consumption is on track to rise 75% by 2050 compared with 40% for cereals. Reducing your meat consumption by 50% Is one of the most planet-friendly choices you can make.

Many years ago my brand new husband and I watched a documentary at Canberra's old Electric Shadows cinema. I recall that day in February 1983 very clearly. I had just returned from my honeymoon, all aglow and ready to morph into a domestic goddess. Not quite. The reality was we were both poor university students reliant on toast, tins of baked beans and sausages (the 2 minute noodle revolution was yet to reach our capital). But I had plans. I had spent months collecting and collating family favourite recipes that were going to be the basis of my 'new' married life; Steak Diane, Hungarian Goulash, Chicken a la King, Veal Cordon Bleu, and many, many other seventies meaty classics.

Hmmm, I didn't end up using any of them. The documentary was called 'The Animals Film' - an investigation into animal experimentation, cosmetic testing and factory farming. We were horrified. As we left the cinema, we were handed a leaflet from an animal activist, and the next morning I rang the number given to find out what I could do.

The advice given proved to be very useful – basically boycott where possible, otherwise limit and reduce. Vegetarianism as far as I was concerned was for old hippies and I had no idea how to go about it, or where to start… I had never known a vegetarian (beyond the school friend who lived on chocolate), and was prone to salivating at the thought of roast beef, gravy and Yorkshire pudding – how could life continue without it? The first thing the lovely lady on the other end of the phone suggested, given my obvious attachment to the mixed grill, was we not go, and pardon the pun, cold turkey.

Here the issues were to limit animal suffering and avoid products that supported animal cruelty. We immediately boycotted cosmetics and other products tested on animals – which in those days was most (I would have been very smelly and plain without dear old Yardley and Innoxa). Cruel factory farming affected chickens (and their eggs), pigs and veal calves. So the first step was cutting these out of our diet. In those days free-range animals were rarely identified as such, so to be safe we stuck with beef and lamb, but mainly beef, economically minced. Eating spaghetti Bolognese or Chili con carne every night of the week however, soon gets monotonous and baked beans were beginning to wear out their welcome too. 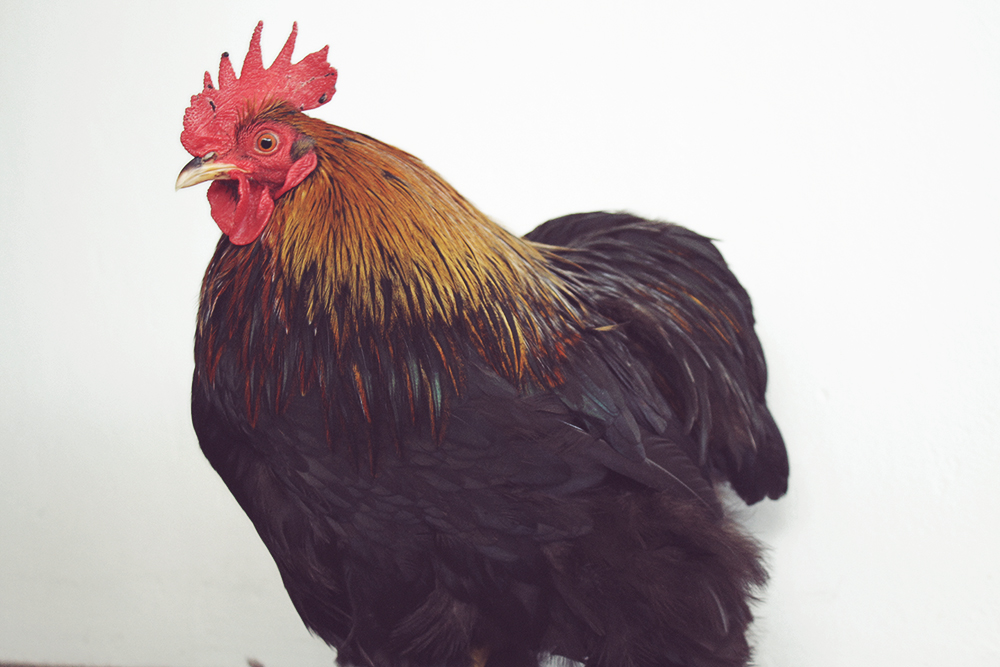 Invest in some quality cookbooks

In one of those serendipitous moments in life, we had been given a vegetarian cookbook as a wedding present. At the time of receipt we were nonplussed with our copy of The Enchanted Broccoli Forest by American, Mollie Katzen. What were we going to do with it? It didn't even have pictures. A month later it was falling apart from my continuous leafing through its pages.

So beg, borrow, buy or be given a good vegetarian cookbook. I didn't worry too much about nutrition in those early stages as we were very healthy, and our diet still included a little meat. We had fun discovering a whole new world of recipes in that one book. As the range of vegetarian recipes broadened, my reliance on meat as an ingredient diminished until that one meat meal a week, became once a fortnight, one a month, until eating meat actually didn't 'sit' right. I wouldn't say it gave indigestion, it just became clear the body wasn't as used to it as it once was, and the after effects were, to put it politely, a tad 'unpleasant'. I had been weaned off meat!

Variety is the spice of life!

For me, the next step was learning the nutritional side of all things vegetarian. Fortunately, I worked for a short time at the National Library, down in the book stacks. I made the absolute most of my time down there and read every single book on vegetarianism I could lay my hands on. Whilst I tried to make sense of the science of complete proteins and the absorption problems of plant based iron, it occurred to me that so many of the cookbooks featuring international styles of cooking had got it down pat – they were doing exactly what I was trying to get my head around. 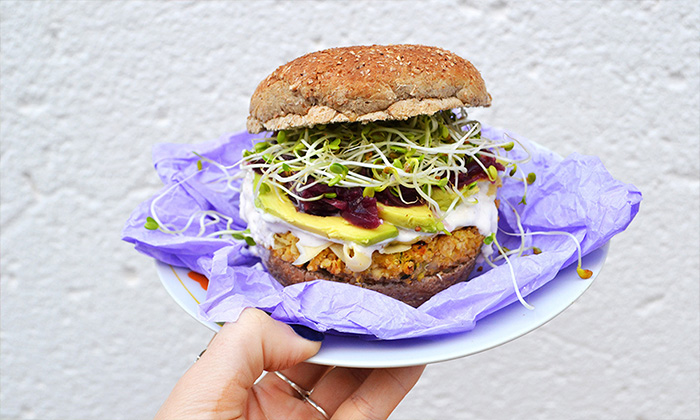 Traditional Indian, Chinese, Greek, Middle Eastern cuisines, to name a few, are bursting with balanced vegetarian meal plans…. copy them and our diet will be balanced I thought. So I came away from the library with two valuable vegetarian lessons; a) always include a source of vitamin C with plant based iron to aid absorption, and b) variety is definitely the spice of vegetarian life – Indian one night, Lebanese the next and so on. 30 years on, I would say I rarely prepare the same dish more than once in a month. We eat well, and our children ate well.

I came away from the library with two valuable vegetarian lessons; a) always include a source of vitamin C with plant based iron to aid absorption, and b) variety is definitely the spice of vegetarian life!

You'll fall off the wagon, and that's okay...

Finally, I should say it isn't always easy but don't beat yourself up about it. The smell of sizzling bacon in those early days can be more than the physical body can cope with, you will in all likelihood fall off the wagon. You may be informed that following the 10 ales you consumed the previous evening, a chicken nugget or two accidentally snuck into your mouth. Sometimes the monotony of being trapped in the kitchen at parties explaining for the zillionth time why you are vegetarian, and that no your shoes are not made of leather, can be more than the conscious self can deal with.

... Remember why you started and jump back on!

Remind yourself why you went down the vegetarian path in the first place. Revisit the reasons that made you so passionate you were willing to give up your much adored roast beef, gravy and Yorkshire pudding. Feel good that actions speak louder than words. You didn't just feel strongly about an issue – you did something about it. I believe I have played a small part in promoting change in my very small part of the world over the last 3 decades, and at the very least, raised awareness of animal cruelty issues at parties!

Inspired to start cutting meat from your diet!? Start with these recipes:

7 Vegetarian Recipes For Every Day Of The Week!