Are you paying for products that are designed to fail?

Perceived and planned obsolescence are two terms you may or may not be aware of, but even if you don’t know them by name then I’m going to hazard a guess and say that you’ve encountered them in practice.

Planned obsolescence is the deliberate design of a product to fail after a certain period of time, while perceived obsolescence is a marketer telling you your product is no longer of value because there is something newer and better up for grabs. Think every new apple product ever.

It's explained here by Story of Stuff.

Planned obsolescence is not a new concept. In fact, it has its roots as far back as the 1920's. When the automobile industry began to reach market saturation in 1924 the story goes that General Motors CEO Alfred P Sloan Jr. suggested an 'annual-year-model' for the design of their cars to help convince customers that they should purchase a new vehicle. It has been suggested that this factor was key for General Motors to overtake Ford (who at the time didn't believe in this style of design) in market share for automobile production, making them the dominant player in the industry.

“I would have the Government assign a lease of life to shoes and homes and machines, to all products of manufacture, mining and agriculture, when they are first created, and they would be sold and used within the term of their existence definitely known by the consumer. After the allotted time had expired, these things would be legally ‘dead,’”

But the concept of planned obsolescence really gained legs in the 1950's, a time when plastic manufacturing became cheap and accessible, we were through the depression and consumerism had truly taken hold. Industrial designer Brooks Stevens defined planned obsolescence as,"Instilling in the buyer the desire to own something a little newer, a little better, a little sooner than is necessary."

Why is it such a big deal?

Not only does continually buying 'the new thing' tax your wallet, but the process of constant consumerism has a debilitating affect on the natural world and the people who are left to deal with all of our waste. This issue is hugely apparent when it comes to e-waste. 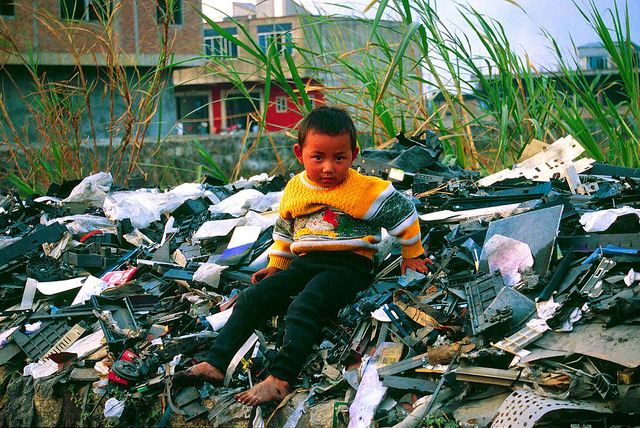 E-waste is the most rapidly growing waste problem in the world. Electrical and electronic equipment; think phones, batteries, computers, televisions, iPads, most of the devices you use in your daily life, are all considered e-waste. Once these items are no longer of value they can't simply be thrown out, they must be recycled in a specific manner. Yet this process is fraught with problems.

In Australia, 75% of the 3 million computers we purchase a year end up in landfill. As a result, electronic waste is responsible for 70% of the toxic chemicals such as lead, cadmium, and mercury that are found in landfill. 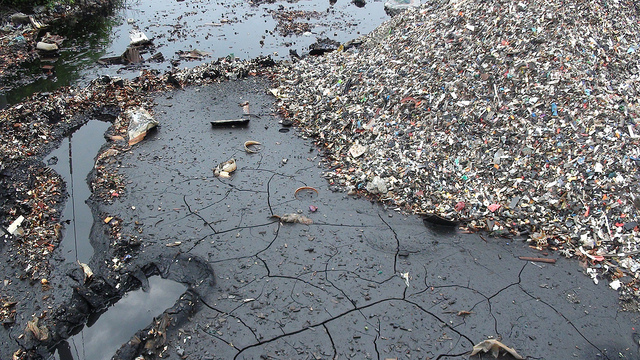 Even when e-waste is recycled responsibly it often ends up as a case of passing the buck. 50%-80% of e-waste is shipped to third world countries like Ghana, India, or China. Here the process of recycling and extracting reusable materials is primitive and dangerous for those who carry out the task – often exposing themselves to toxic materials with no protection for their health in place. Plastic is burned in large amounts, acids are dumped, and water bodies are polluted. 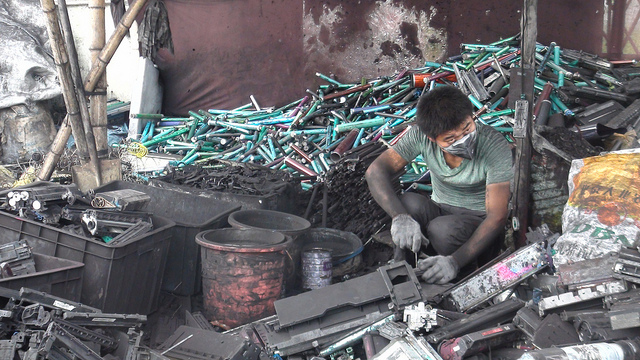 When it comes to getting rid of e-waste Clean Up Australia have a handy document with lists of where waste can be taken in your state.

But before it even gets to that stage, why not practice conscious consuming? Before you make a purchase consider these things. Do I need it? Where does it come from? What's involved in the production process? What will I do with my 'old' one? Can my 'old' one be fixed or refurbished?

Small choices we make add up in the long run, and simply holding on to something a little bit longer than you might have normally can make a substantial difference.

READ THIS NEXT: Why you should invest in a keep cup