The True Price of Palm Oil In Environmental Costs

Oscar winner and environmentalist Leonardo DiCaprio is facing a potential ban on travel to Indonesia after his criticisms of the country's palm oil industry. According to the ABC, Indonesia's immigration office said that DiCaprio's social media commentary was a violation of the provisions of his tourist visa. Indonesia's ministry of environment and forestry, however, expressed gratitude for DiCaprio's defense of the country's rainforests.

A world-class biodiversity hotspot, the #Indonesian Leuser Ecosystem is one of the most important areas of intact #rainforest left in Southeast Asia. Its forests are home to the densest remaining populations of the critically endangered Sumatran #orangutan. But Palm Oil expansion is destroying this unique place.

We've written about Leo's environmental advocacy before... could the government and industries that want to keep their dirty secrets buried halt noble awareness efforts? If so, what are they hiding about palm oil?

The Truth about Palm Oil

Firstly, what is it? Palm oil is a type of vegetable oil derived from the palm fruit. It is the most widely used vegetable oil on the planet and is present in about half of all products in the supermarket. Since oil palm trees grow best in wet tropical climates, rainforests are being destroyed to make room for palm oil plantations.

The Lungs of the Earth

Rainforest vegetation is a powerful converter of the carbon dioxide (CO2) in the atmosphere back into oxygen for us to breathe. A hectare (2.741 acres) of rainforest absorbs 1 tonne of CO2 per year! As the single greatest source of oxygen for our planet, if we destroy our rainforests, we will be the ones choking.

Every day, an area of rainforest larger than all of New York City's 5 boroughs is lost forever. Between 1990 and 2010, large-scale palm oil expansion resulted in the loss of 3.5 million hectares of rainforest in Indonesia, Malaysia and New Guinea (according to the World Wildlife Fund). This rapid clearing also accelerates climate change by releasing the stored CO2 into the atmosphere. With the demand of palm oil expected to double by 2020, this destruction will continue unless something changes. 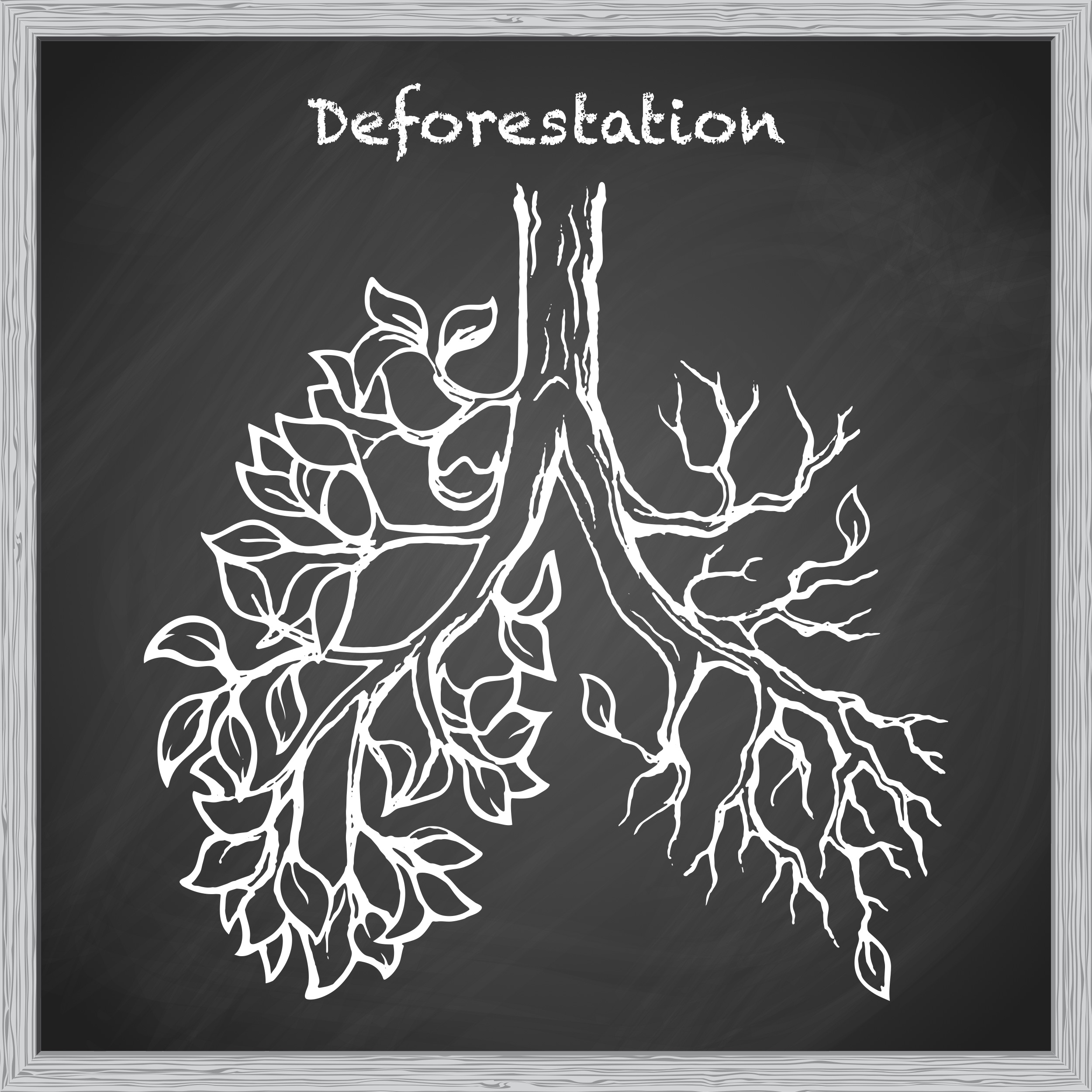 So what can we do? And why boycotting palm oil isn't the answer

A full on war against palm oil might actually do more harm than good. 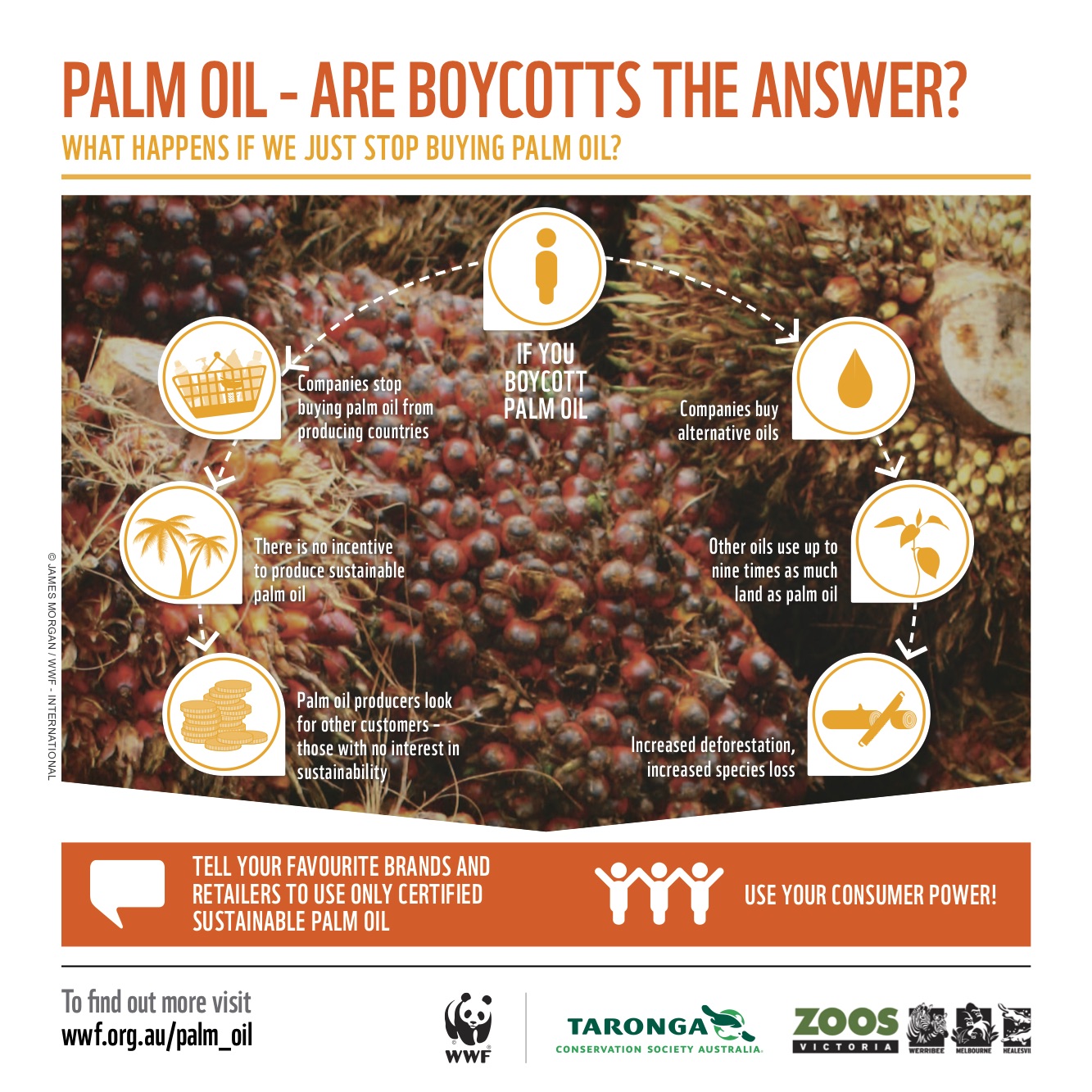 Yes! But only if palm oil growers hold themselves to high environmental and social standards. The Roundtable for Sustainable Palm Oil (RSPO) is a non-profit association working towards a future of responsible palm oil production. Certified Sustainable Palm Oil (CSPO) has been grown on a plantation that did not contain significant biodiversity or wildlife habitats. CSPO certification bodies are independent of both RSPO and the companies to ensure integrity in the certification process. 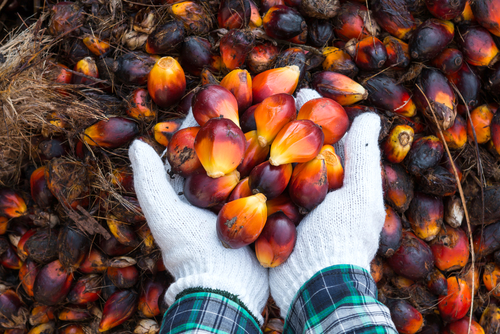 Australia is now incorporating education about palm oil into its science curriculum for year 5 and 6 students. The units are designed to raise awareness about palm oil among children to help them develop into informed consumers. The classroom activities focus on promoting the transition away from conventional palm oil to CSPO.

Good News for the Tigers!

For the first time in over a century, the global wild tiger population is one the rise! Thanks to conservation efforts, the number of wild tigers has increased to 3,890 (up from an estimated 3,200 in 2010) the World Wildlife Fund reported recently.

However, there is still a long way to go. The estimated tiger populations for Indonesia and Malaysia (the two biggest palm oil producers) are 371 and 250, respectively. 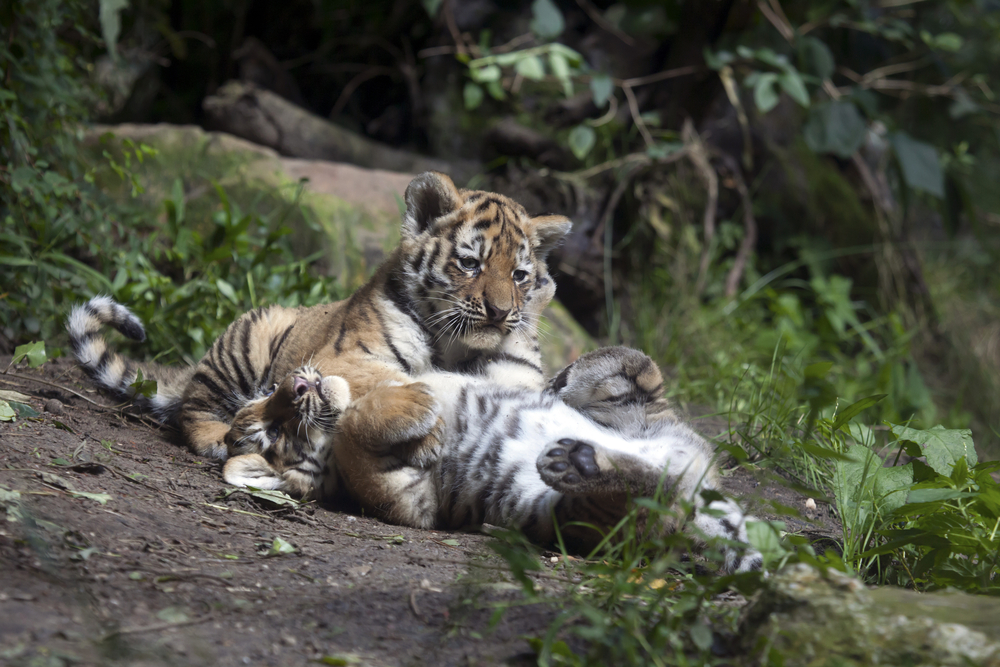 Since palm oil can go by hundreds of different names, spotting it on the ingredients list can be a pretty overwhelming task. But what if you had the ability to tell if a product contained palm oil, right in the palm of your hand? (No pun intended). Just download this free palm oil detector app. All you have to do is scan the barcode and the app will tell you the product's palm oil status. If it does contain palm oil, the app will suggest either palm oil free or sustainably harvested alternatives… easy!

Remember, the decisions we make as consumers tell companies what kind of products they should manufacture. Be a smart shopper and leave conventionally farmed palm oil-containing products on the shelf.

If you're looking for more information check out any of our blog posts on palm oil:

It's a jungle: Navigating the supermarket aisles in search of palm oil

Enjoy your Nutella more with this knowledge!

Sign this online petition written by the Rainforest Action Network (RAN) demanding for the 20 largest snack food producers to make the switch to sustainable palm oil.