Plastic Free July: Can A Plastic Addiction Be Cured In A Month?

Despite being well into August, everyone I know who participated in plastic July is avoiding Plastic like it’s still July. Is it going to stay that way?

Maybe avoiding is the wrong word. A lot of the time, I've personally noticed I no longer see plastic as an option. Pre July 2017, it would hit 3:30pm and I would raid the chips stash in the office, or maybe grab myself a plastic clad Cherry Ripe. I'd feel a little guilty, but eh, the heart wants what the heart wants. Post July, I could have those chips, but I just don't. A snack like that just isn't worth the plastic that's going to outlive me 10 times over.

I wondered if I was the only one whose Plastic Free July was becoming Plastic Free Life. I spoke to Jess - a community member who messaged us to find out what we do about the plastic lining in milk cartons (yep, they've got plastic in them, turned out the 1MW team completely failed PFJ the entire time without realising) - Ruby, the housemate of a 1MW staff member, and Jane from Bank Australia, whose PFJ effort was far more valiant than mine. She's inspired me for next year (or even before - why not?!)

What had to change for PFJ

Community member Jess avoided all single use plastic, with some big ones including taking her own container to the deli a couple of times, and trying out cloth nappies for her daughter.

Ruby was avoiding all plastic on anything new she bought, but if she already had things like shampoo or toothpaste in plastic, she continued to use that.

Jane went all out, with her biggest changes including going to the deli and asking for cheese to be wrapped in beeswax wraps, and asking the butcher to put meat into the reusable containers that she had brought with her.

So, are they still doing it?

According to this study, it can take anywhere from 18 days to 8 months to change a habit. (Yeah sorry, there's no set in stone 21 days and boom, you're magically a different person). Plastic Free July is the longest challenge I've ever done. Other ones have only lasted a week or two, and I remember sometimes thinking throughout July - "wow, this thing is still going, will I ever be able to order take-away food again?"

It seems as though while some Plastic Free habits haven't stuck for everyone (maybe we need Plastic Free July, August, September and October in order to stick) a lot of behaviours have just taken the month. 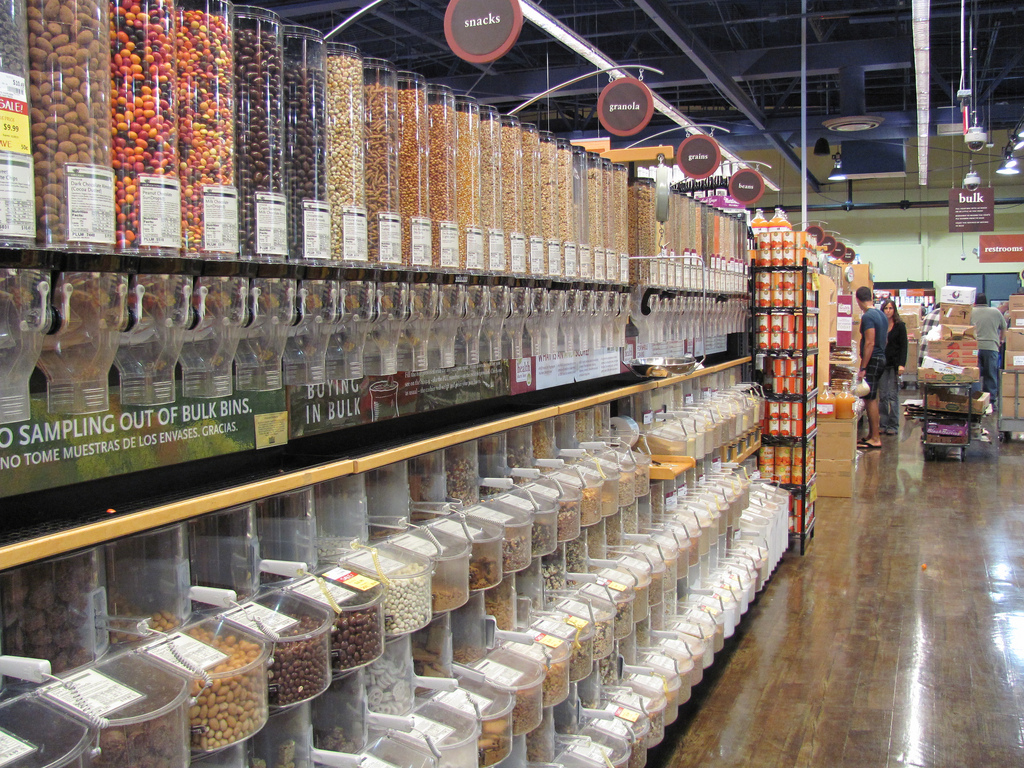 For Ruby, there's been a bit of a shift so that the sorts of things which she previously did occasionally have become permanent behaviours, and now other things, like thinking about packaging on food, have taken the place of the keepcups and reusable bags, becoming the sometimes things that she's now more conscious about.

Meanwhile, Jess is still predominantly using cloth nappies for her daughter, only ever drinks her coffee from a keepcup or has it in the cafe, and tends to buy her veggies loose, rather than picking up the packaged veggies without a second thought. What hasn't stuck for her is seeking out the shops that help you stay plastic free - like bulk stores, and she's a little less conscious of choices in the supermarket.

Then there's Jane, who so far has stuck with most things! She says that while it's a bit further to travel to the bulk store, she's still going every couple of weeks to do her plastic free stock up. The one thing she hasn't kept up was buying milk in cartons because her favourite brand comes in a plastic bottle.

Read this next: Can you live plastic free without bulk stores?

Sometimes we do things because it's all we know.

It's often not even about the inconvenience of learning to carry reusables around with us, or travelling a bit further to the bulk store. Often we just don't realise that a different way is possible, which is funny, because it wasn't all that long ago when plastic hadn't yet been insterted into every aspect of our lives. In fact, of the 8,300 million metric tonnes (picture 1537 million asian elephants if that helps) of plastic produced in the last 50 years, half of this was produced only in the last 13 years. Bread used to come in a paper bag, and when you wanted take-away food, you could go in with your own saucepan and have itthat loaded up with your order.

Jane said she was nervous going to the deli with her beeswax wraps, ready to request that her cheese be wrapped up in them but she then found "it was nowhere near as scary as I expected."

"Lots of businesses are set up with all the plastic for convenience, and that's just what everyone's used to, but nobody's too annoyed when you ask to do things differently" she says.

She went to the butcher with her own containers as well, which she admitted it was weird for the first couple of times, but she's since found a butcher near work who's perfectly happy doing it. They're even cashless, so aren't constantly changing gloves and picking up the meat with fresh pieces of plastic which was one of the things Jane was struggling with midway through the month. People behind her in the line commented on how good an idea it was to bring a reusable container. Who knows, now that they've seen that a different way is possible, they'll give it a go themselves.

Jess and Ruby both found that taking on Plastic Free July gave them the opportunity to have conversations with other people, and show them that things can be done differently.

I asked them both if they felt like they'd influenced anyone else throughout the month.

"Yep!" Jess said, "My best friend (who likes to give me a hard time when I try something new), has not only started minimising her plastic bag usage but has made some reusable produce bags! My husband has also started becoming much more aware and asked how we are going to replace our bin liner! Winning!" 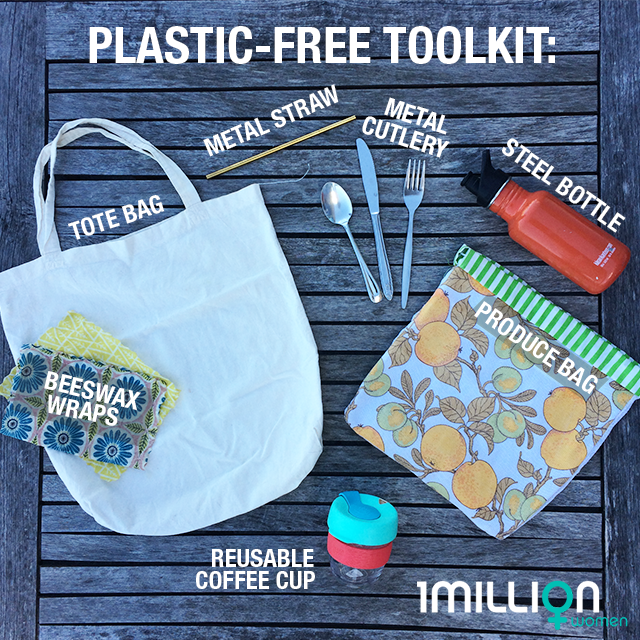 Ruby's had a similar experience with her work mates, who asked her what she was up to during July, and have since reported back that after their conversation with Ruby they've really tried to avoid takeaway coffee cups, and others in the big 4 like plastic bottles and plastic bags.

So have our habits changed for good?

It's looking as though they have. Plastic Free July becomes Plastic Free Life because it helps us overcome the two main barriers to living this way. The first barrier being the inconvenience and difficulty remembering, and the second one being fear of doing things a bit differently and the reactions that will attract, or never realising that a different way is possible in the first place. The one month challenge forces us to practice those plastic free behaviours day in and day out, until it's ingrained in our brains that if we're going to the cafe, our keepcups are coming with us. The two just go together. And when the barrier has only ever been fear, PFJ forces us to suck it up and deal with it, only for us to find that people have no problem at all wrapping your cheese up in a beeswax wrap, although they might be a little curious about why. Which is even better right? Then we get to talk about why we're doing all of this.

Often, we refer to the amount of plastic we consume as an addiction. What Plastic Free July teaches us though is that this isn't the case. The issue is that plastic is everywhere, and we've been conditioned to pick it up in its various forms without consideration. But all you need to do to put a stop to that way of thinking (or not thinking) is to tell yourself - and maybe everyone else around you so they'll hold you to it- that you're going to live plastic-free for a whole month.

Read this next: There's a pretty high chance that your bank (and your money) is funding the fossil fuel industry

This blog post was written in partnership with Bank Australia.