Indonesia is in a state of national disaster, bordering on a national emergency. A man-made, annually occurring air pollution crisis is suffocating the country and its neighbours. 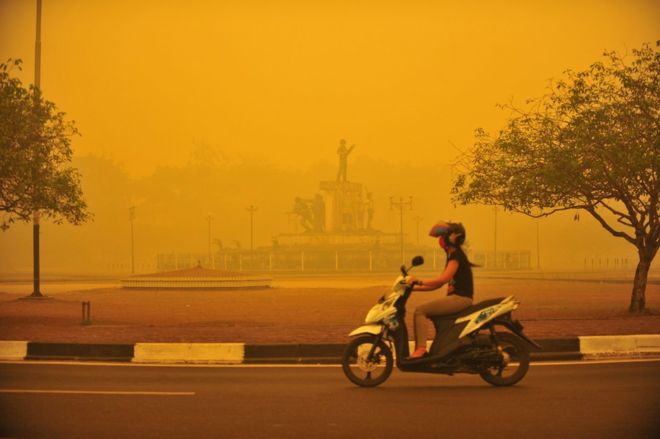 Dating back to 1972, the illegal practice of slash-and-burn culling of land to clear vegetation for palm oil, pulp, and paper plantations have been causing a smoke haze to smother the country. Large corporations and small-scale farmers alike undertake the burning process, which is cheaper and faster than clearing land with excavators and other machinery

[Image: NASA -satellite data showing multiple fires in mid-September 2015 in the eastern part of the Sumatra island and the southern part of Kalimantan island of Indonesia]

These fires are often uncontrolled and spread viciously to protected forest areas. Subsequently, land that has been burnt becomes drier and is a higher hazard for enabling fire the next time the process occurs.

Since June this year, fires have been continuously raging while air quality levels continue to drop not only in Indonesia but also in neighbouring South-East-Asian countries. 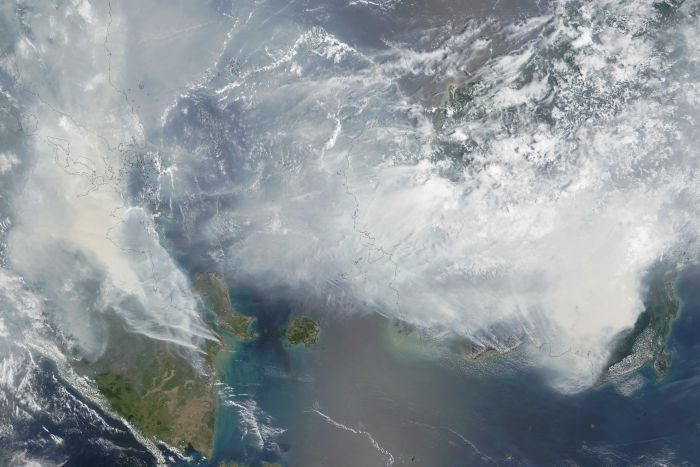 [Image: NASA - Satellite image from September 24, 2015 shows smoke from fires in Indonesia over the coasts of Borneo and Sumatra]

The strength and reach of the haze is so large-scale that Malaysia, the Philippines, Singapore, Southern Thailand, Vietnam and Cambodia are all breathing the result.

In Indonesia, the measurement tool for air quality is the Pollutants Standards Index (PSI), which classes readings above 100 as unhealthy and anything above 300 as hazardous. The town of Pekanbaru in the Riau province recently declared a state of emergency with a PSI recording of 984.

Schools have been closed, flights cancelled, and more recently, warships have been made ready to evacuate children, babies, and pregnant women who are at high risk of long-term health issues as a result of the haze.

It's estimated that at least 28 million Indonesians have been affected by the crisis, with more than 140,00 reporting cases of respiratory illness. 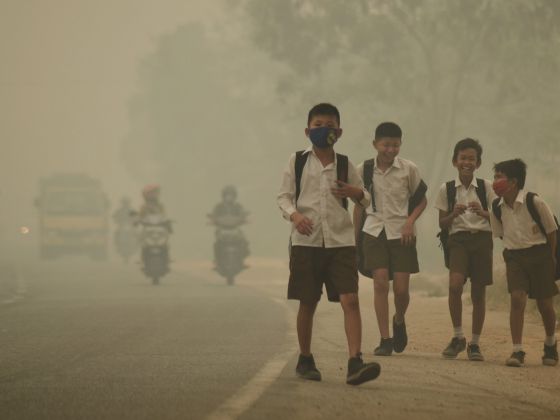 On an environmental level, the C02 released as a result of the fires is devastating. In fact, The World Resources Institute reported that since early September the fires are outputting more carbon emissions per day than the world's number two polluter, The United States. Much of the land being burnt is 'peat land' – which is partially decayed vegetation and organic matter – that releases a staggeringly high amount of CO2 when burnt.

The issue of illegal burning is one that has been occurring for over 40 years. While laws have been passed to make the process illegal, the Indonesian Government says that policing the vast amount of space often proves to be too big a challenge and they are rendered somewhat powerless in the fight.

From a conservationist point of view, the fires are causing immeasurable destructive damage to the local wildlife, especially Sumatran orangutans. Speaking to the Guardian, Mark Harrison, of the Orangutan Tropical Peatland Project (OuTrop), says, "Tropical peat-swamp forests are one of the world's most important ecosystems. They are home to globally threatened wildlife, including the orangutan, southern Bornean gibbon and clouded leopard...Fire here not only burns the surface vegetation, but also the peat soil that has taken thousands of years to form. This makes fire the biggest threat to Sabangau's orangutans and many other species that call this forest home." 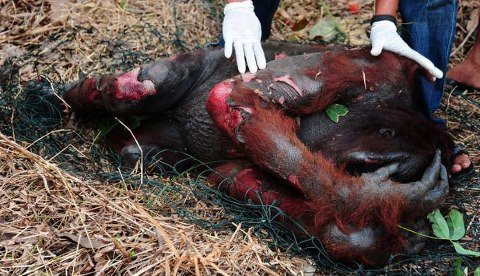 READ THIS NEXT: Beijing is unrecognisably pollution free

READ THIS NEXT: Air pollution facts that will leave you gasping

READ THIS NEXT: Why Sumatra? Why now?

1Million Women is more than our name, it's our goal! We're building a movement of strong, inspirational women acting on climate change by leading low-carbon lives. To make sure that our message has an impact, we need more women adding their voice. We need to be louder. Joining us online means your voice and actions can be counted. We need you