A Guide To Having A Conversation With A Climate Denier: Part 2

So, you're in the middle of a conversation with a climate denier, you're both getting a little hot under the collar, whilst both trying to remain calm.

A little reminder from Part 1 of this guide on a conversation with a climate denier: Keep you ego and personal attachment to the issue in check. Then try and understand the person you are speaking to first, rather than make winning the argument the priority.

The climate denier ramps it up with a classic and for me, a somewhat cliched statement.

Climate denier: "The earth has been changing for years…take a look at the Ice Age".

Yes, the earth's weather patterns have changed throughout history. But the concern today is that we are seeing extraordinary weather patterns, with rapid rates of change.

Those living in poorer countries are being impacted the most.

Many of the poorest people in the world live in tropical latitudes, while many of the world's wealthiest people live in mid-latitude climates.

The low-latitude regions have much less variability in day-to-day temperatures when compared with the mid-latitudes, which means the signal of climate change presents quickly.

In these poorer regions, the frequency of extreme hot days increases rapidly too, which amongst other things, creates water shortages, outbreaks of diseases and thus negatively impacts the whole community.

Water shortages are of particular concern as without water, there is no life! Many socio-political analysts and military strategist see future wars being fought over water. Here I choose not to bring up the topic of water shortage and the Syrian war, as I don't want to further complicate my argument. I save this topic for next time!

We too can experience rapid changes in our weather patterns. A sunny day in Queensland or Florida can suddenly turn into storms and major flooding events. We can experience flooding and then bush fires all in one season.

Climate denier: I'm not causing this problem, it's China with all their pollution.

Yes, China is the world's top emitter. But, Australia is the largest emitter per capita. Historically, the United States was responsible for more emissions than any other country. Some of China's emissions are from the production of goods for Australia, the United States and other rich countries. Even though China's population is far greater than that of Australia and the United States, the Chinese still burn far less fossil fuel on average.

China is also transitioning to renewables faster than any other country in the world. China has now the biggest wind and solar industry globally. 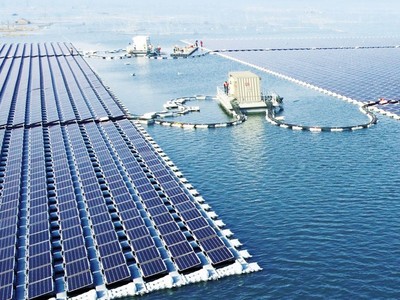 Climate denier: What about all these people that will lose their jobs if we close down the fossil fuel industry.

I'm with you on this one. People who work in the coal industry currently should be the first ones who are given the opportunity to benefit from and work in the renewables industries. Governments and energy companies should take on this responsibility and ensure that this takes place.

Fair warning should be given when a coal mine or coal fired power plant is set to close, so that measures can be put in place to ensure that these jobs are replaced. (And if they'd like an example, you could tell them about Port Augusta in South Australia, where the coal fired power station that provided local jobs for 62 years was announced to close. The federal government has recently announced that they will be providing funding for a solar thermal power plant to go there in place of the coal fired power station.)

If all else fails, then I resort to the big gun, 'sustainability'.

I quote a Native American proverb;

"We do not inherit the earth from our ancestors, we borrow it from our children."

I want my children to appreciate the extraordinary beauty of our Great Barrier Reef, but how can they do that when there are coal ships going past it everyday, and agricultural runoff pollutes it every day- (without even mentioning what climate change is doing to it!)

I remember swimming in the Mediterranean as a child and witnessing the beauty of the natural marine life. Swimming passed fish, amongst Sea Urchins and catching a glimpse of an octopus was exhilarating.

When I took my children in the same location a couple of years ago, it was like swimming in a big pool – no marine life to be seen.

We don't want our skies and the sea to be barren of living creatures, and our beautiful beaches covered in plastic instead. No one wants that!

What is so wrong with wanting to sustain the Earth as it is? Climate change aside, we are still polluting our world at an alarming rate. As the population grows, and natural resources are being depleted, we need to place more reliance upon renewable sources of energy. Sustainability needs to be incorporated into everything we do.

There is nothing wrong with being mindful and taking along your recyclable bags when you go shopping, or using wash cloths instead of wet wipes and turning the lights off when not in use.

I conclude my conversation with a climate denier with an agreement that there is nothing wrong with the aim to becoming more sustainable. My aim is for our conversation to have encouraged them to be a little more mindful and open to the idea that maybe, just maybe 98% of the world's scientists are not wrong.

Daphne Kapetas is a qualified and experienced cosmetic chemist and marketer with a passion for sustainability and the dance floor. Having worked in the beauty industry with multinationals from, 'concept, product development to product launch,' for 17 years, she is an authority on all things cosmetic. Keep up with her at her website Daphne K Knows

Read this next: 7 Beautiful Solar Energy Technologies From Around The World