Explained: Why Is Everyone Talking About Coral Bleaching?

This is a 1 Million Women community member guest post.

Written by Catherine Kim, with edits from Maddie Burkitt and Bella Lamshed.

Foreword from 1 Million Women: The Great Barrier Reef is one of the most important, majestic places on this earth. And it's in danger. Last year we ran a campaign to shed an international spotlight on the chronic decline of the health of the reef. We garnered 54,804 signatures urging the World Heritage Committee, UNESCO to list the reef as being a site in danger. We had support from Richard Branson, Layne Beachley, Stephanie Rice, Katie Noonan, Dr Sylvia Earle and many more.

While the reef didn't achieve this status of danger Prof. Maria Böhmer, Chairperson, World Heritage Committee, UNESCO said, "I would like to thank you for your role in this positive development and for your critical input." Since that time, coral bleaching of the reef has reached critical levels. We thought that it was extremely important to revisit the subject of this significant piece of the earth...

On a recent marine expedition to the Maldives, I was struck by the excessive amounts of some missing corals as we cruised along the water and dove around the various islands. The particular coral in question, Stylophora pistillata, is normally very common in Pacific and Indian Ocean reefs. However as my time in the Maldives went on, it became more and more apparent that the coral reef was in severe danger, and this coral was becoming less and less common. I was reminded that in 1998, a severe El Niño year wiped out huge sections of the coral reef in the Maldives, which forced me to question to the effects of the current El Niño weather patterns on reefs around the world today.

WHAT IS EL NIÑO?

An El Niño is a complex weather event that is associated with unusually warm water in the equatorial Pacific, which has significant global implications. It's characterised by a sustained period of warming, meaning more extreme weather events, reversal of wind patterns, and unseasonably warm weather in general.

The combination of El Niño and climate change have driven record-breaking temperatures world-wide, and 2015 was the hottest year ever. So far, 2016 has followed suit, as February was 1.35 degrees above the average temperature for the month across the globe. Warmer atmospheric temperatures cause ocean temperatures to rise, which means bad news for the coral reefs as it only takes an increase of 1-2 degrees to cause entire reefs and regions to bleach.

WHAT IS CORAL BLEACHING?

Extended periods of warmer temperatures can stress corals and disrupt the unique partnership between corals and tiny marine algae that live inside their tissue. The alage are responsible for producing a 90% of the coral's energy required for growth and reproduction. When corals bleach, they expel the algae, and the coral can die. The United States Coral Reef Watch Program has predicted that the current El Nino has promoted the largest global coral bleaching event ever, and significant bleaching has already been documented in Hawaii and the Caribbean. 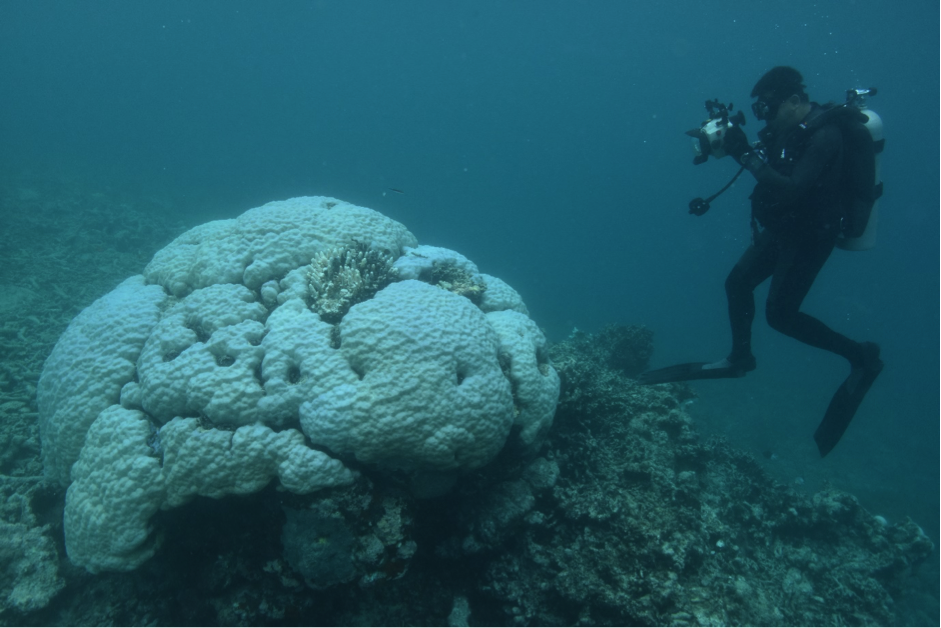 Read this next: The Little Mermaid: Brinkley Davies is a free diver, conservationist and ocean lover

BLEACHING OF THE GREAT BARRIER REEF

The Climate council has just released an urgent scientific alert, which finds that Australia has weathered En Niño patterns for centuries, but it was only once global warming kicked off in the 1970s that the Great Barrier Reef began to experience repeated coral bleaching events. 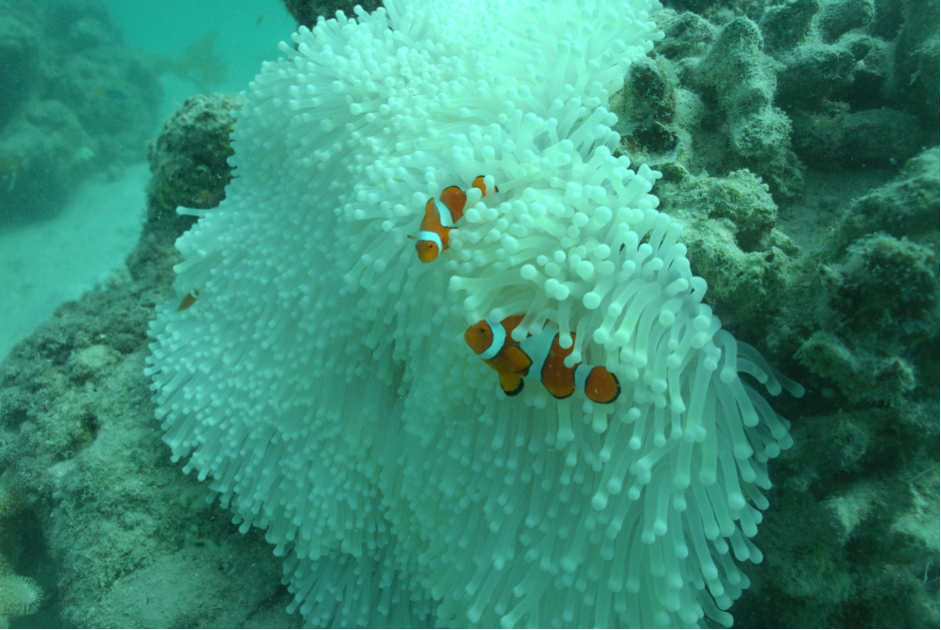 "Losing Nemo" This anemone should be brown but the fish's home has bleached severely. Photo Justin Marshall at Lizard Island

HOW CAN YOU HELP?

Scientists are still unsure about the full extent this El Niño period will have on coral reefs around the world, but one thing is certain; once coral is bleached, it never comes back to life. As individuals, we may feel helpless to protect our coral reefs from such widespread devastation. However, this isn't the case. With temperatures set to continue increasing far into to the future, it is more important than ever to do your part and save our beautiful marine ecosystems!

Even seemingly harmless touching of corals or fish can cause damage, so whenever you're diving, swimming and at the beach, remember to treat the ocean's flora and fauna with respect and care. Take special caution when wearing flippers!

Not all sunscreens are made equal. Researchers have found that a common UV-filtering organic compound called oxybenzone used in sunscreen is toxic to corals. According to the U.S National Park Service, somewhere between 4,000 to 6,000 tons of sunscreen enter coral reef areas around the world each year – that's a lot of sunscreen considering that all it takes is a water droplet size of sunscreen placed within an Olympic-sized pool to cause toxic effects. If you're going diving, consider wearing a full-length wetsuit. If sunscreen is absolutely essential, consider biodegradable, eco-friendly ones (they do exist!).

Never put your rubbish into the water. There is an estimated number of 18,000 pieces of plastic litter floating on every square km of the ocean right now. This kills 1 million seabirds and 100,000 turtles and marine mammals each year. 6 million tonnes of debris enters the world's oceans annually and you don't want to be the contributor to one of that.

In fact, why not go a mile further and pick up any pieces of plastic or trash you see when you're diving or snorkelling and dispose of it properly?

4. Reduce the amount of wastewater you're producing

Wastewater flows somewhere and eventually it might just end up in the ocean. Start by keeping gutter, sinks and drains free of chemicals and rubbish so choose biodegradable, eco-friendly detergents or even better still, make your own cleaning product. You can also minimise water runoff by planting trees and garden beds around your house. And of course, you can just take shorter showers.

5. Cut back on your plastic consumption

Especially things like coffee cups and plastic bags. Here are 8 single-use plastic items to ditch from your life. Less plastic waste = emptier landfills = lower CO2 emissions. We've talked a lot on 1 Million Women why going reducing our plastic consumption is good for the planet here in our top posts to help you live plastic-free.

Many species of fish are being over fished and their population are dwindling dramatically. Always make sure the seafood you buy comes from sustainable sources. Here's why choosing certified sustainable seafood can help the oceans and shrink your carbon footprint.

Read up on everything you can about marine conservation and coral reefs and share these information with others. The more information you have on hand, the more informed actions you can take to save our oceans and reefs!

Do you have other tips on how we can protect the oceans? Let us know!

Catherine is postgraduate student at the University of Queensland studying the coral reefs of Timor-Leste. She enjoys scuba diving, knitting, and cooking for her family and friends. Keep up with her on Twitter and Instagram @fishiinthahC .