Here is a riddle: Eating more of this animal product is actually beneficial to the environment, what is it?

Every year Australians throw out one of every five bags of food they purchase. On a global scale, this equates to 1.3 billion tonnes of food being thrown away each year. We know how to minimise our own waste, but did you know there is also a way you can minimise the waste of others?

Western culture has taught us that there are only 4 parts of a chicken the thighs, the breast, the wings and the drumstick.

In reality, an animal would not be able to live without a heart, a liver, a brain and bones.

When we talk about meat eating we understand that we all have a different approach, some of us choose to be vegan for environmental or animal safety reasons, some of us eat meat and some are vegetarian. We believe whatever your choices, we should all try and make it as sustainable as possible.

In our grandparents' day money and food were scarce. My grandmother would buy whole chickens, and use every single part, down to the bones for the most delicious stock you've ever could ever taste.

While terms like top to tail and root to stem are gaining momentum, most Australians wouldn't go to the local butcher to grab a bag of brains.

The thing about the 'undesirable' cuts of meat such as the liver, the brain, and the kidneys is that they are packed full of valuable nutrients such a vitamin B12, Iron, folic acid and vitamin A. 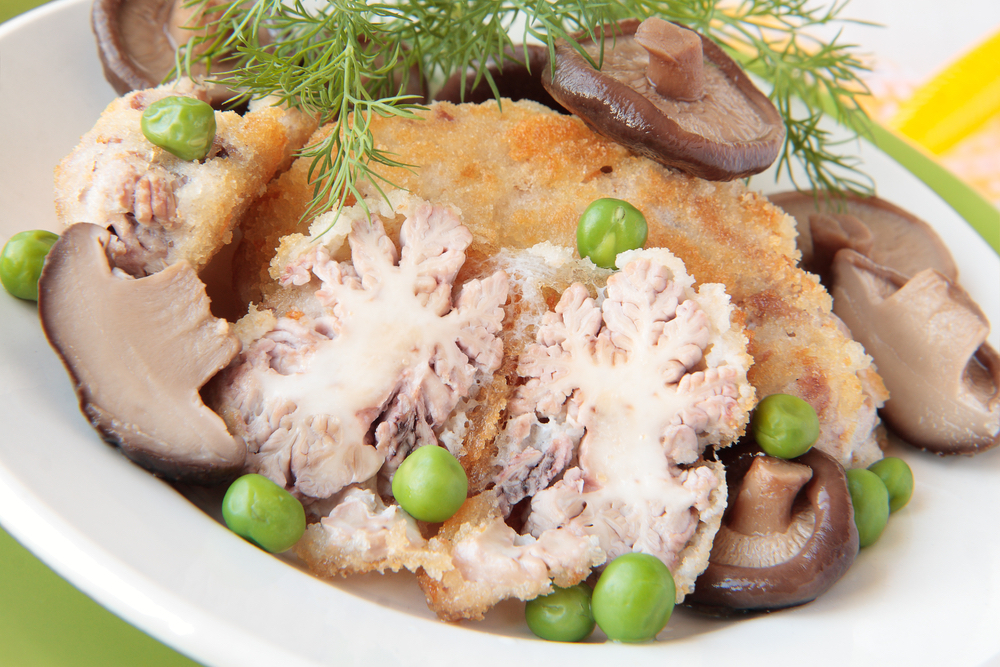 Not only does offal boast a range of health benefits, it often becomes waste before you have a chance to purchase it. For every pack of 4 chicken breasts you see at the supermarket it took 4 chickens to feed, grow, water and then process. Fun fact, chickens only have one breast.

Part of the problem is that as a society we have learnt to detach ourselves from what food actually is, in order to desensitise ourselves. The word 'hamburger' for example lends very little proximity to where it originated and I'm sure if it was called 'minced cow patty' it might have a slightly different reception.

Socially we think brains are for thinking, heart are for loving and livers are for drinking but this understanding is generational and not necessarily for the best for the planet.

We may have stopped eating the whole animal after one too many people were force fed over cooked liver with onions under the pretence that it was good for them, but the 1960s, 1970s and 1980s wasn't exactly known for its culinary excellence (think back to that strange savoury gelatine thing in the 1960s, and the 1970s obsession with fondant).

The truth is offal is not as awful as it sounds, literally. Buying a bag of chicken livers from your local butcher and whipping up a batch of paté could actually be minimising wasted food that would otherwise end up in landfill.

For every chicken breast that is sold, a liver is wasted. Chef and writer of 'The whole beast: nose to tail eating', Fergus Henderson, states, "It would seem disingenuous to the animal not to make the most of the whole beast: there is a set of delights, textural and flavoursome, which lie beyond the fillet."

Read next: a guide on how to be a responsible omnivore

For those who follow a plant-based diet this one probably isn't for you, as offal tends to be rich in flavour and texture, but for the carnivores out there, teaching yourself to perfect lightly fried Italian style sheep brains or buttery paté can mean not only cutting down your carbon footprint by using what would often turn into waste but you're most likely ingesting other people's waste.

A psychology professor at the University of Pennsylvania named Paul Rozin has a theory when it comes to our 'disgust' of certain meat products (why is eating 'rump' which is bum less grotesque than brain?).

Rozin hypothesised that our disgust for offal products is a western culture of bodily functions in general, he believes that we because we know what the organs do, they remind us too strongly of our own animal nature and in turn our mortality.

Our meat eating habits might be cultural or they might be deeply ingrained with our sense of life and death but our waste habits are obvious and need to be questioned and changed, did you know that by cutting your meat eating down by just 150 grams of meat each week you can save 195kg of C02 in just one year?

So next time you go to pick up a kilo of chicken breast, just think, what happened to the rest of it?

Read next: Eating insects could be the way of the future, hear me out

1 Million Women is more than our name, it's our goal! We're building a movement of strong, inspirational women acting on climate change by leading low-carbon lives. To make sure that our message has an impact, we need more women adding their voice. We need to be louder. Joining us online means your voice and actions can be counted. We need you.
Subscribe to our mailing list