The Three Biggest Threats The Ocean Faces (And How You Can Help!)

It can be overwhelming to hear about the sheer magnitude of the threats that oceans globally are facing. Overfishing, climate change and pollution are all placing huge amounts of pressure on underwater ecosystems. Individually, these problems could cause irreversible damage to ocean ecosystems. Combined, they could result in utterly chaotic change to oceans worldwide.

1 Million Women is a community of individuals making lifestyle changes to live lower-carbon lifestyles. We know that when multiplied, small changes can have enormous impact! Starting the positive choices you make with what's on your plate has huge benefits for not only the ocean, but also the entire planet.

Fish are being removed from the oceans faster than stocks can replenish. Once, the sea was thought of as a never-ending source of food but research has shown that this is a misguided way of thinking. 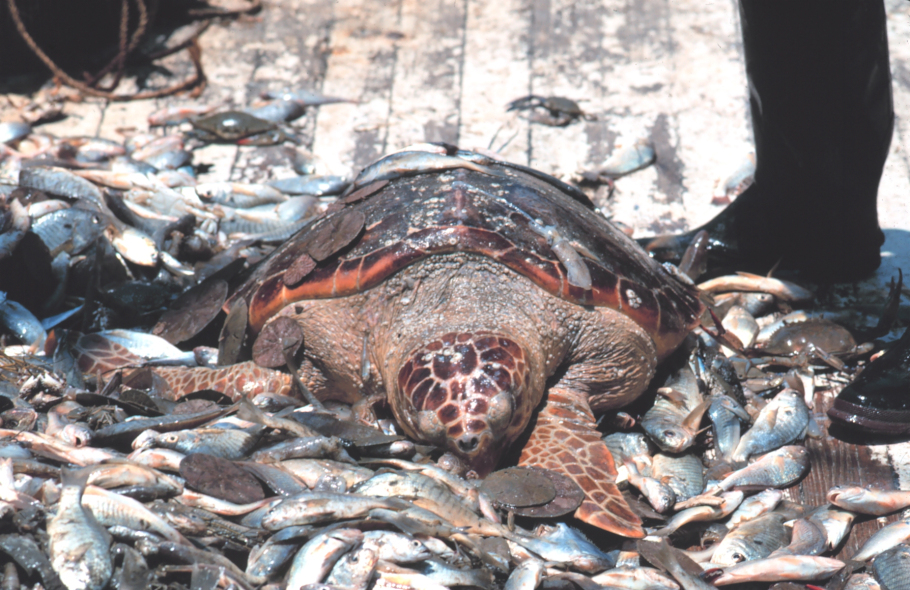 [Image Caption] Turtles and other marine creatures often end up unintentionally caught in fishing nets. This is known as 'bycatch'.

Over 85% of the world's fisheries are now over-fished or fished to full capacity and over 90% of large pelagic species have disappeared from the ocean. Seafood provides over one billion people with protein, so asking people to commit to a fish-free diet is hardly a feasible solution. However, there are methods of catching fish that are more sustainable than others and as consumers there are choices we can make to support fisheries doing the right thing.

It's often difficult to know where the fish you've bought has come from, and how it has been caught. Thankfully a few marine organizations have done all the hard work for you, and have come up with some simple ways to ensure you're only dining on sustainable seafood.

The Marine Stewardship Council (MSC) is the biggest sustainable seafood eco-certification program in the world. They have a completely transparent process, which means when a product or fishery is certified it's actually doing what it says it is, no fishy business (I went there, I used a fish pun).

Rather than ruling out consumption of entire species, MSC focuses on individual fisheries practices. Fisheries must have sustainable fish stocks, and manage their environmental impacts effectively. As long as a fishery isn't practicing destructive fishing methods (such as dynamite fishing) or shark finning, they are eligible to apply.

Over 85% of the world's fisheries are now over-fished or fished to full capacity and over 90% of large pelagic species have disappeared from the ocean.

Marine Stewardship Council does not actually certify the fisheries but sets the high standards that need to be met in order to receive certification, and then third parties step in to assess. The enormous amount of work and individual steps that are all part of a fishery gaining certification results in a tiny little blue eco-label being slapped on a product, so all you have to do when you head to the supermarket is look for this label to know you're choosing sustainable seafood.

The Monterey Bay Aquarium has created a comprehensive guide that lists seafood in three different categories, 'Best Choices', 'Good Alternatives and ones you should 'Avoid'. It can be confusing, as some listed in the 'Avoid' section may be species that MSC certified fisheries offer, however this does not mean MSC's program is any less credible. For a fishery to receive MSC certification, they must have met the very high standards set and prove they are maintaining healthy fish stocks.

While marine organization may use different methods of providing sustainable seafood information, these methods are just different ways of reaching a similar goal.

We are seeing the very real effects of climate change in oceans globally (particularly along coral reefs). Greenhouse gases are trapping more and more energy from the sun, and this is contributing to rising sea levels and temperatures in the ocean. Our oceans are becoming more acidic due to an increase in levels of dissolved carbon. 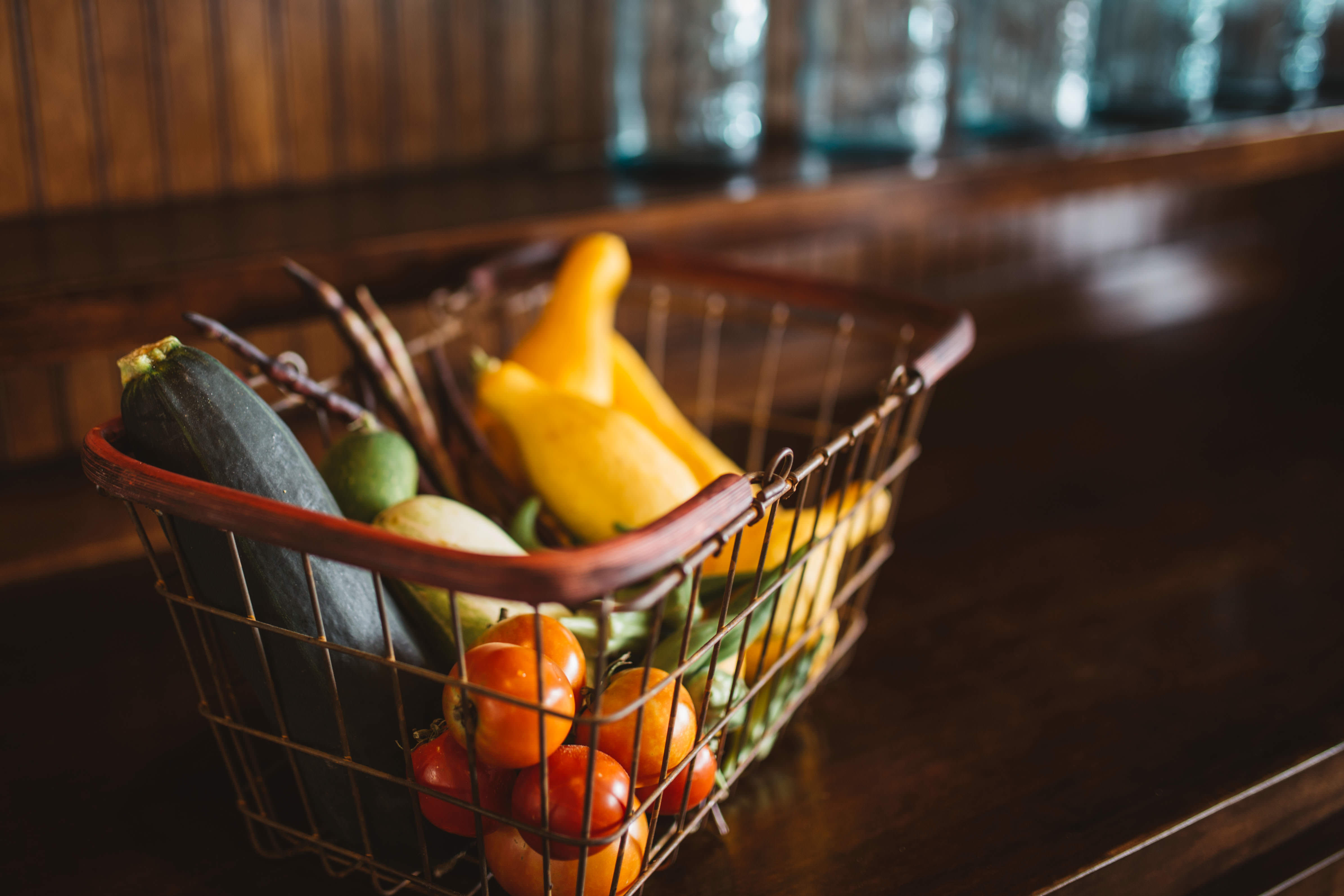 You can help reduce the affects of a changing climate from your dining room. The global livestock industry produces more greenhouse gas emissions than transport. One day a week, go meat free. Better yet, why not commit to a totally plant-based diet? It's easier than you think.

In 1950, we were producing 1.7 million tonnes of plastic annually. Today, that figure has increased to a whopping 300 million tonnes of plastic. And none of it ever breaks down. Instead, it ends up in the bellies of seabirds and then on your Facebook feed, after a marine organisation you follow uploads a graphic photo of a dead bird that ingested plastic pieces.

Read more: Micro-plastics in the ocean come from fabric fibers

[Image Caption] All this plastic was found inside the stomach of a fledgling albatross. Photo: David Liittschwager and Susan Middleton

A huge portion of plastic ends up in the sea, and is responsible for the deaths of thousands of animals worldwide. The biggest thing you can do to help reduce the amount of plastic making its way into the ocean, is to prevent it yourself and stop using the stuff. Single-use plastic is by far the worst of all the plastic kinds. It's used once, tossed away ready to wreck havoc on the ocean ecosystem for the next few hundred years.

Buy a re-usable coffee cup and take it to your local cafe rather than using a take-away cup, some coffee shops even offer discounts to people who are making more eco-friendly choices. Ditch straws completely and ask for no straw at the bar, or bring your own glass straw to whip out at Friday night drinks.

When you learn about the issues affecting the ocean, don't feel overwhelmed. Feel empowered. As cliché as it sounds, you can create the change you want to see simply by taking a few small steps like these!

Read this next: Ten Stunning Images Of Marine Life Impacted By Climate Change