Indonesian authorities caught a prominent wildlife trafficker with this baby orangutan in his bag in February, leading to his conviction last week. 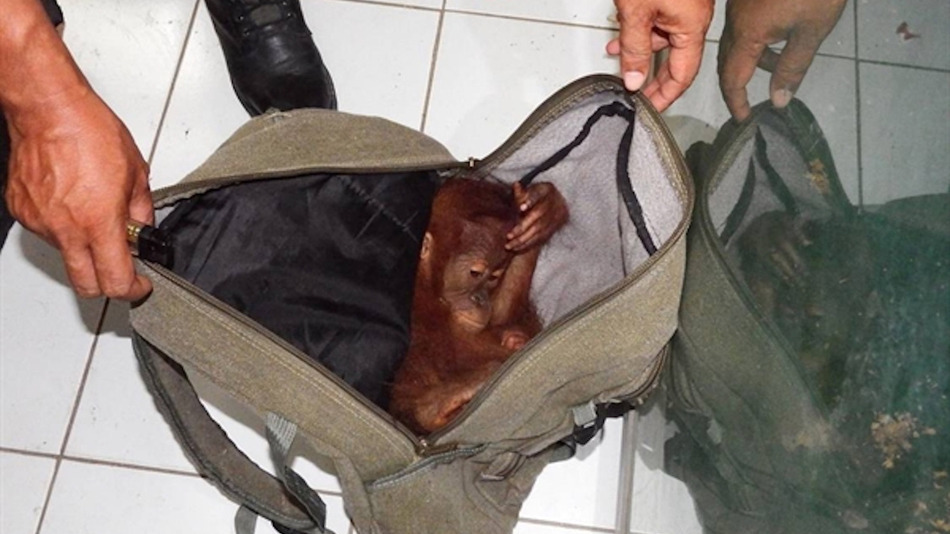 Vast Haris Nasution, who was allegedly using Facebook and text messages to find buyers for orangutans and other endangered wildlife, was caught in Sumatra, Indonesia earlier this year.

Orangutans are protected under Indonesian law, and keeping them as pets is illegal.

According to the Wildlife Conservation Society, which was involved in the investigation through its Wildlife Crimes Unit and an Indonesian affiliate,

The trafficker, Vast Haris Nasution, has been sentenced to two years in jail, and ordered to pay a Rp10 million ($752) fine.

The sentence has been welcomed by local conservationists as Indonesia has generally been weak with the enforcement of wildlife crimes.

"For far too long those involved in wildlife crime in Indonesia have known the chances of any serious legal consequences to their activities were essentially almost zero."

It's a victory, but a small victory compared to the volume and scope of wildlife trafficking in Indonesia and around the world.

The rainforests of Indonesia have long been a hotbed of illicit wildlife trafficking as well as deforestation.

Orangutan and other animal populations are under huge stress due to habitat loss, mostly caused by deforestation as a result from the palm oil industry.

The tragedy of the hairless sun bear passing away last month cemented in all our hearts and minds the devastating impacts palm oil can have.

It's sad that beautiful creatures like the sun bear, and orangutans become the collateral damage of our human activities from trafficking to deforestation.

You can help relieve the stress on endangered animals affected by the palm oil industry by supporting labels not using palm oil in their products, or only using sustainably sourced and certified palm oil. Here are some resources:

Want to learn more about where palm oil comes from?

1 Million Women is going on a jungle adventure to discover the majesty and mysticism of Sumatra's last remaining tropical rainforest and YOU can JOIN us!

Trek the jungle by day, camp under the stars at night & learn so much from the local women and environment. Highlights also include spending a day at the Sumatran Orangutan Conservation Programme, to learn how they're acting to prevent habitat loss. 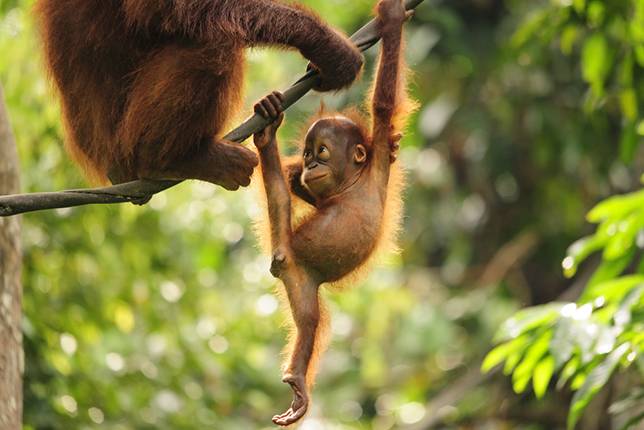