This is a guest post from the 1 Million Women community.

While Australia's rural regions are gaining popularity for their gourmet food, wineries and weekend getaways, a new contender is fast gaining popularity: mushrooms! Indeed fungi are often referred to as the Forgotten Kingdom, and with autumn slowly setting in, a great diversity of fungi in every imaginable colour, shape and form will soon reveal themselves.

Foraging for edible mushrooms is becoming an ever more popular pastime in Australia. With their earthy fragrances of wet forest, mushrooms truly capture the essence of autumn and add interest to a forest stroll. However, those who fancy collecting a few mushies for dinner should take heed. Always be absolutely sure of the identity of wild-picked fungi. Dangerously poisonous species lurk among the edibles that could land you in hospital or even in the grave. Telling them apart takes time and experience. Those foraging for edible fungi need to also be able to identify toxic doppelgängers, especially the infamous Death Cap, Amanita phalloides. This species has claimed several lives in Australia and is responsible for more deaths worldwide than any other species. 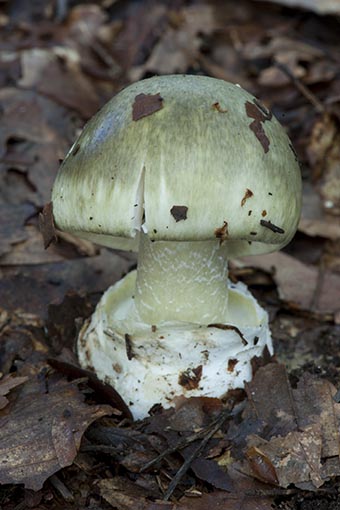 Above: The Death Cap, Amanita phalloides

Some of the more popular and easily identifiable edible species in Australia include the Saffron Milk Cap, (Lactarius deliciosus), the Slippery Jack (Suillus luteus and Suillus granulatus), the Lawyer's Wig (Coprinus comatus) and the Wood Blewitt (Lepista nuda). Each has their own particular features that need to be understood and recognised in order to make accurate identifications. Be aware that edible fungi cannot be identified from photos alone. 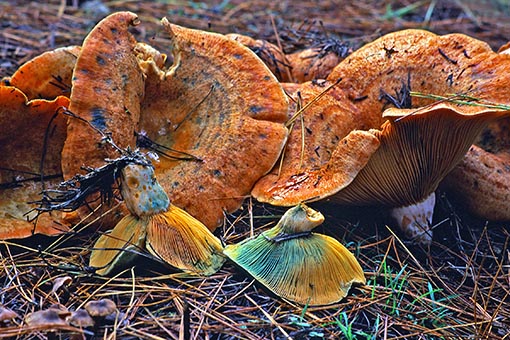 Saffron Milk Caps (Lactarius deliciosus) grows in association with conifers and in Australia foragers typically head to Pinus radiata plantations where they often grow in abundance. 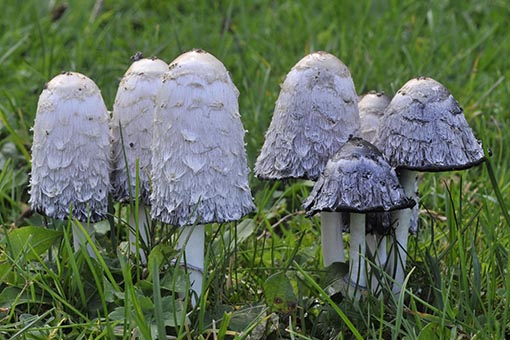 Above: The Lawyer's Wig (Coprinus comatus)

The Lawyer's Wig (Coprinus comatus) is so-called because of the tufted texture of its cap that resembles a lawyers wig. Also commonly known as an inky cap, this species produces copious quantities of black spores, that when mixed with water, resemble black ink. 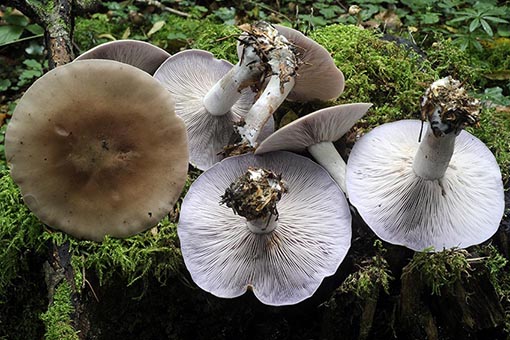 Above: The Wood Blewitt (Lepista nuda)

Lepista nuda is a stunningly beautiful mauve to lilac coloured fungus with a fragrant smell and flavour. Be aware that this fungus is toxic if eaten raw. 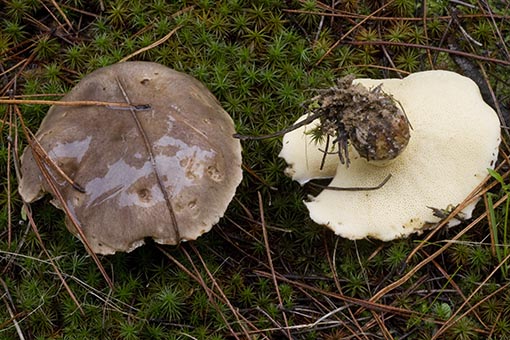 Above: The Slippery Jack (Suillus granulatus)

The common name, Slipper Jack actually refers to two species, Suillus luteus and Suillus granulatus. Both grow in association with pines and are popular edible species.

Further to the joy of some freshly picked edible mushrooms, there is much more to fungi than those destined for the pan. Although we often don't think about fungi until mushrooms push through the soil, fungi exist all year underground where they are hard at work maintaining the healthy functioning of ecosystems.

The underground fungal network of connective fibres known as mycelia, provides structure to soils and regulates hydrological cycles, underpinning ecosystem functions. Many fungi form connections with a great variety of plants, helping them to access water and solubilise nutrients. These clandestine fungal partners also protect tree roots from soil pathogens. It is these relationships that enable the maximum growth and health of the great majority of plants. 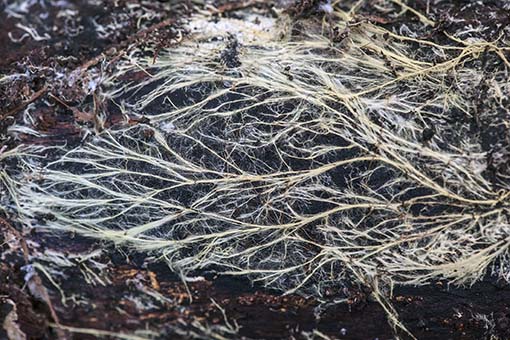 Other fungi play an essential role in decomposing organic matter such as leaf litter, returning nutrients to the soil. In doing so they complete the cycle of life.

Furthermore, dozens of native mammals such as wallabies and bettongs – as well as numerous other animals – rely on fungi as a vital food source. Fungi are generally fairly indigestible to humans, hence we're best just to eat them in small quantities. So if you're collecting edible fungi, remember to just take what you'll eat, so as to leave plenty for our native fauna 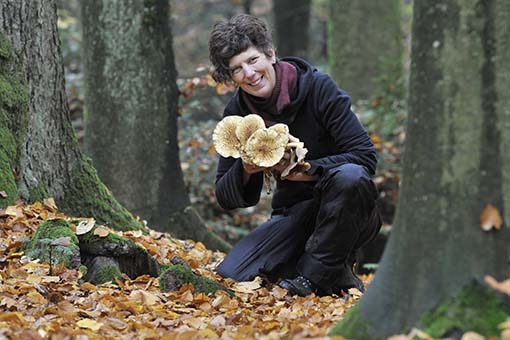 Each year ecologist and environmental photographer, Alison Pouliot, runs forays and workshops to show people how to identify fungi and understand their greater ecological significances. If you'd like to know more about these intriguing organisms you may like to attend a workshop on the diversity and curiosities of the Kingdom Fungi.

All other images: Alison Pouliot

READ THIS NEXT: Find out how to reuse your teabags and grounds

READ THIS NEXT: A sustainable death: Will we be wearing mushrooms suits in the future?