74% of our planet is water, most of which are our beautiful blue oceans. Oceans sustain an incredible amount of life, store carbon, regulate Earth's climate and provide people with food and medicines. The UN has declared this years theme to be "Healthy oceans, healthy planet" and so it is essential that we care for and protect our oceans.

However, things aren't going so swimmingly when it comes to the health of our oceans. Scientists have estimated that approximately 8 million tonnes of plastic is dumped in our oceans worldwide annually. These plastics and other debris have now formed massive garbage islands in 5 oceans in places known as gyres. Gyres are where currents create whirlpools that trap the plastic in one spot. Captain Charles Moore was the first to discover the "Great Pacific Garbage Patch".

And as Captain Paul Watson from Sea Shepherd has said "If the oceans die, we die".

So what kinds of rubbish are contributing to these garbage islands, polluting our oceans and beaches? First, the serious side of ocean pollution..

Over 1 billion take away coffee cups end up in landfill every year. Unfortunately, the cup cannot be recycled with paper products as most are covered in a plastic film or made from styrofoam. The lids can be recycled if they are marked with the 1-6 plastics identification code and if recycling is available. Responsible Cafes are leading the way for cafes and businesses to offer customers a discount if they have a reusable cup.

Tonnes of flushed wet wipes are clogging up sewerage systems across the world and making their way into the oceans. Unlike toilet paper, they are made from a combination of cotton, plastics and wood pulp. As a result, they do not disintegrate and the moisturisers and chemicals impregnated in the wipes kill off bacteria which are an important part of the decomposition cycle in soils and water. 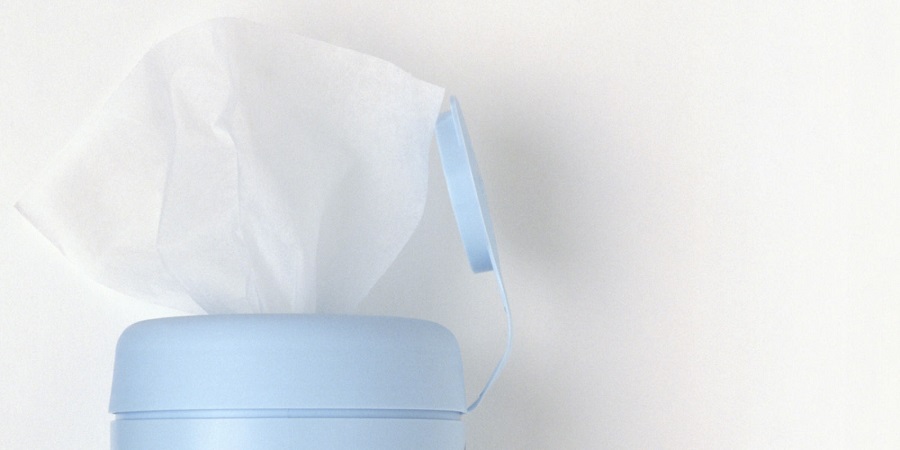 Another item flushed frequently down the toilet are cotton buds. While the cotton may disintegrate, the plastic stick remains and makes its way out to the ocean. Unsuspecting sea birds and other creatures ingest the plastic, leading to a slow and painful death from starvation or internal damage. Besides this, cotton is an incredible thirsty crop requiring a lot of water. 1 cotton bud on average needs 4 litres of water to be produced.

Over 180 billion single use plastic straws are used per year in the United States. Made from petroleum, disposable cutlery contains chemicals such as BPA which leach into the oceans during photo degradation.

Australians use 10 million plastic bags a day and approximately 1 trillion are used worldwide each year. Plastic bags are a major hazard in our oceans, with turtles often mistaking them for food such as jellyfish, leaving them to suffocate or starve to death.

It is estimated that 44% of all seabirds have ingested or become entangled in plastic. Only 3% of plastic bags are recycled in Australia and can take 20+ years to degrade. In late 2014, a Risso's Dolphin was found washed up on a beach in Kurnell, Australia with a plastic bag in its stomach.

Cigarette butts are one of the most frequently found items during clean ups globally. On average, 6 trillion cigarette butts are not disposed of properly instead tossed on the ground and ending up in our oceans. Cigarette butts leach chemicals and heavy metals into waterways killing fish and other animals. Sadly, many young seabirds and other marine creatures have been found with butts in their stomachs. 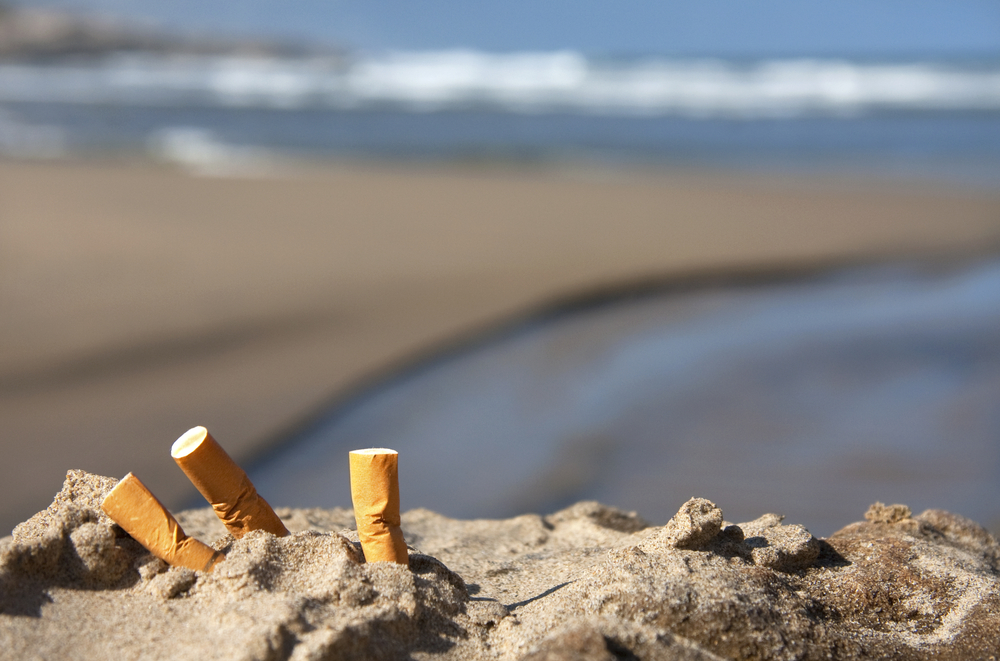 Found on beaches, along creeks and rivers which lead to the ocean, plastic bottles are a scourge on our environment. Australians are estimated to use 600 million plastic single use bottles per year. Plastic bottles contain BPA, BPS and other toxins which leach into the oceans. They also have lid rings which often can end up around the necks of birds.

Derived from fossil fuels, styrofoam easily disintegrates in the oceans and often looks like food which is mistakenly eaten by marine animals. A high amount of energy is used to produce styrofoam, like other plastics. Being lightweight, it is highly mobile and can be easily dispersed over long distances. It is currently unknown how long it takes to break down. This year, it was announced that New York would ban single use styrofoam across the city. Go New York!

Each year, thousands of balloons are released into the skies and eventually ending up in the oceans or on coastlines around the world. Once broken, a balloon can look like a jellyfish, a preferred food of many marine creatures. They do not degrade readily and are also a waste of non renewable helium gas, which is in shortage worldwide. 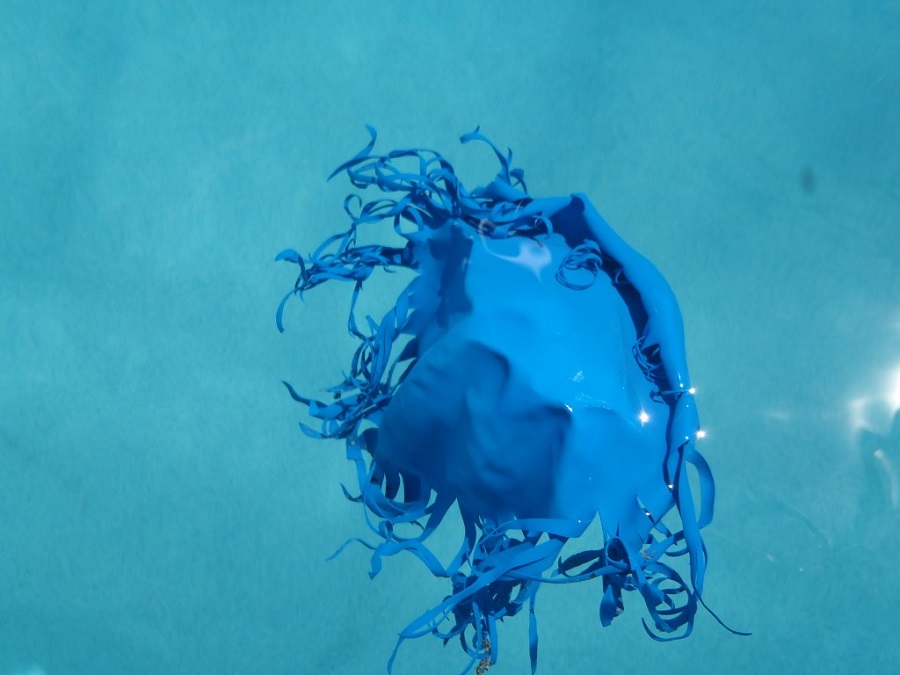 These tiny buoyant killers are found on every beach across the world. About the size of a pin head, microbeads are too small to be filtered out in sewerage systems.

They are mistaken as fish eggs and are easily consumed by seabirds, turtles and also fish which we may end up eating. They are found in facial scrubs, toothpastes, shampoos and more. A campaign to ban microbeads in Australia has also received the backing of several cosmetic companies and California announced that microbeads would be banned by 2020. 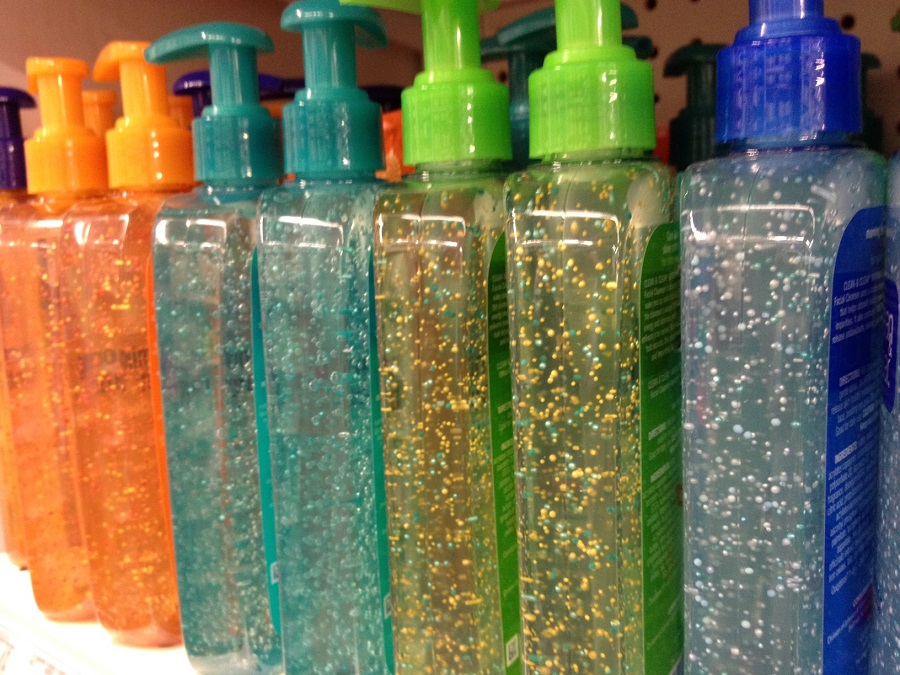 But it's not all doom and gloom! We can all do something about this issue. There some easy ways and initiatives to help give our oceans the TLC they deserve:

- Ditch the takeaway coffee cups and get yourself an awesome Keep Cup!

- Make your own reusable baby and make up wipes, minus the plastic and toxic chemicals. If you must use a cotton bud, choose ones made with a paper or bamboo stick and don't flush them.

- Stop using plastic straws one sip at a time and grab yourself a reusable straw.*

- Refuse the plastic cutlery! Get a portable set of camp cutlery from an outdoor store or grab some bamboo reusable ones.*

- Ban the bead! Choose microbead free natural beauty products that are exfoliant free or contain nut husk pieces or seeds. Or make your own body scrub.

- Join clean up groups like Responsible Runners, Take 3, Two Hands Project and Tangaroa Blue and give some love back to our oceans or even pick up some rubbish while out walking/running/walking the dog. Every bit helps!

Say 'NO' to wasteful packaging, plastic bags and bottled water

These are the main culprits in our market that directly lead to human waste and pollution. Send a message by refusing to take part in using them!

2,227 Tonnes of CO2
savings pledged
Pledge to do this