At 62, Ellen Jaffe Jones is “THE VEG COACH.” AKA “The Broccoli Rep.” Because as she says, “Who else IS the broccoli rep?” She is an inspiring motivational speaker, personal trainer, running coach, author, vegan lifestyle coach and teaches healthy cooking classes. Ellen is also an accomplished endurance and sprint runner.

We caught up with Ellen to chat about some of the myths around plant-based eating, and how increasing your intake of veggies can actually save you money. 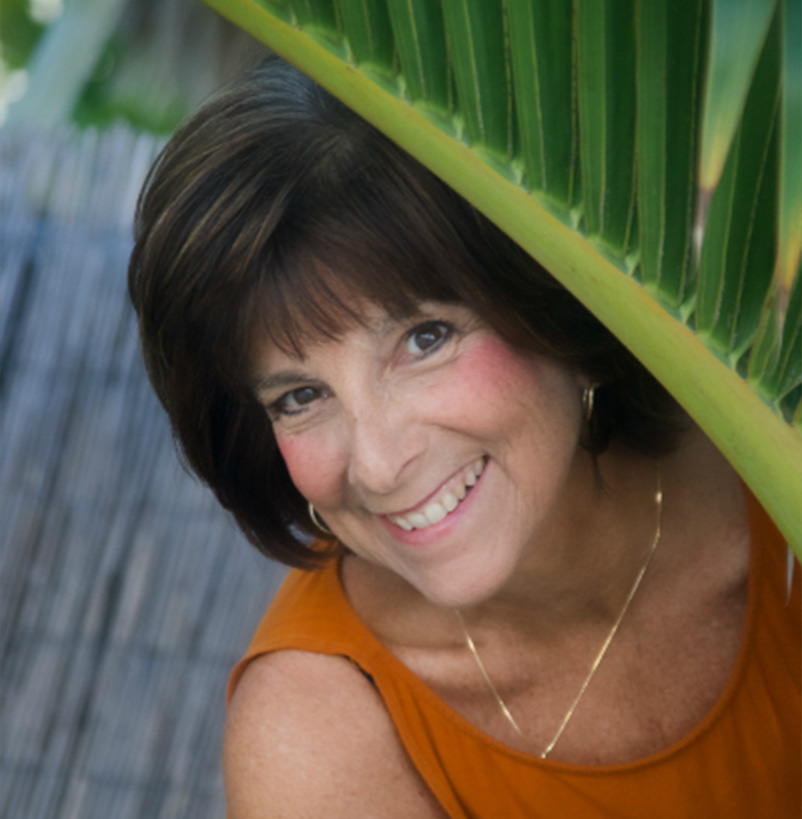 Firstly, tell us a bit about yourself, where you are from and what you are passionate about?

I am from St. Louis, Missouri and have been very fortunate to wear many different hats in my life. Starting out as a journalist, I was the first woman to anchor the evening news at the NBC affiliate, and was one of only 5 women in my broadcasting class during a time when women were just starting to try to break glass ceilings.

During my 18 years in TV news, I covered some of the worst animal abuse stories of the time, as best we could with clunky undercover cameras, unlike the amazing, small smartphones available now. I covered everything from puppy mills to improper disposal of euthanized animals at animal shelters.

For a career change, I went into financial services for 5 years and chose to focus on socially responsible investing which meant avoiding companies that were involved in tobacco, alcohol, firearms, and for those who wanted it, avoided companies that tested on animals.

It was when I finally joined my husband in his media consulting business, that I found how to combine all my experiences. I began doing media consulting for the Physicians Committee for Responsible Medicine. During one of my trips to their Washington, DC headquarters, I smelled my way into their kitchen where they were developing a program for what would become The Cancer Project. They were the first organisation to offer free training for instructors to teach cooking classes in their communities. I thought,

"That's what I've been doing informally all my life. I have to do that."

I taught for PCRM for six years before my first book, "Eat Vegan on $4 a Day" came out.

I love blowing up vegan myths. That's partly why I wrote the book. I was tired of seeing all the stories on the news that said you can't eat well on a budget. With my financial and journalism background, I said to myself, "I've got to write a book that shows how easy and cheap it is to eat a healthy and vegan diet. I'll crunch the numbers on every single recipe and show exactly how cheap it is to eat this way."

It's also one of the reasons after moving back to Florida later on in life, that I began running and racing again. 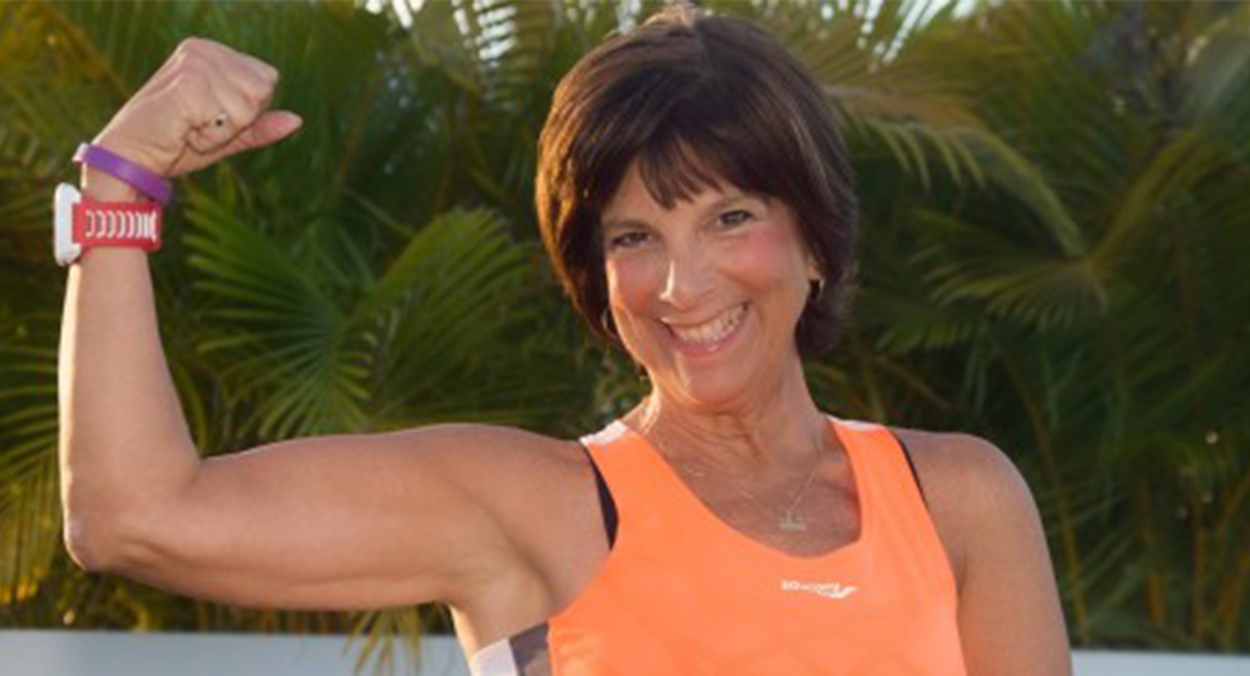 Did you always like to cook? When did you go vegan and why?

I wasn't a big fan of cooking when I was young only because my mom and my two much-older sisters were awesome cooks. I remember one New Year's Eve cooking a soufflé and accidentally leaving a spoon in the soufflé before putting it in the oven. My guests, high school friends, still remind me of that story.

It wasn't until I almost died of a colon blockage at age 28, the same year my sister got breast cancer, that I began to seriously look at food as medicine. First I went macrobiotic because that diet has long been associated in Asian cultures as an anti-cancer diet. It was primarily vegan except for the inclusion of white fish. I fell off that wagon because as a busy TV reporter who was lucky to be able to drive through Taco Bell for lunch, I couldn't keep up with the strict rules of the macrobiotic diet which included eating only certain foods in season and in your latitude.

With the colon blockage, doctors had said I would need to be on medicine for the rest of my life. I thought, I'm too young for that and began exploring high-fiber, plant-based diets, which has worked for me.

You're a very active person, a personal trainer, author, vegan lifestyle coach and teacher of healthy cooking classes. Take us through a typical day in the life of Ellen...

Wake up at sunrise or before to head out on a run at the beach. Our beaches are generally very flat and ideal for a run. I've been lectured by senior athletes to get off the hard surfaces as much as possible. Concrete was really only invented about 100 years ago. Our bodies, skeletons, and muscles are designed to take the varied impact and motion of "softer" surfaces—the kind nature has to offer. I also like trail running too, if they aren't too far away.

After running, I'll hit the gym, or instead of running, I'll do cross training such as an elliptical or spin bike at the gym. Then on to my own personal training and/or running clients. Sometimes I lead running groups at the beach when our tourist season is in full swing from November through April. After a lunch of a ginormous salad, I'll write either on social media and on my current book.

Dinner is another ginormous salad with whole grains, and after dinner is watching 2-3 different network newscasts to stay up on that. If there are any animal or vegan-friendly or interesting stories, I'll search out the links online and post them on Facebook, Twitter and Instagram. I also try to do YouTube and Periscope videos multiple times a week. If I'm traveling, I usually hit the road on Thursday or Friday and return Sunday or Monday. I've even offered myself up as a chef for a dinner for eight to be used as a silent auction gift certificate to raise money for Vegfests. I do many appearances to help support various causes. 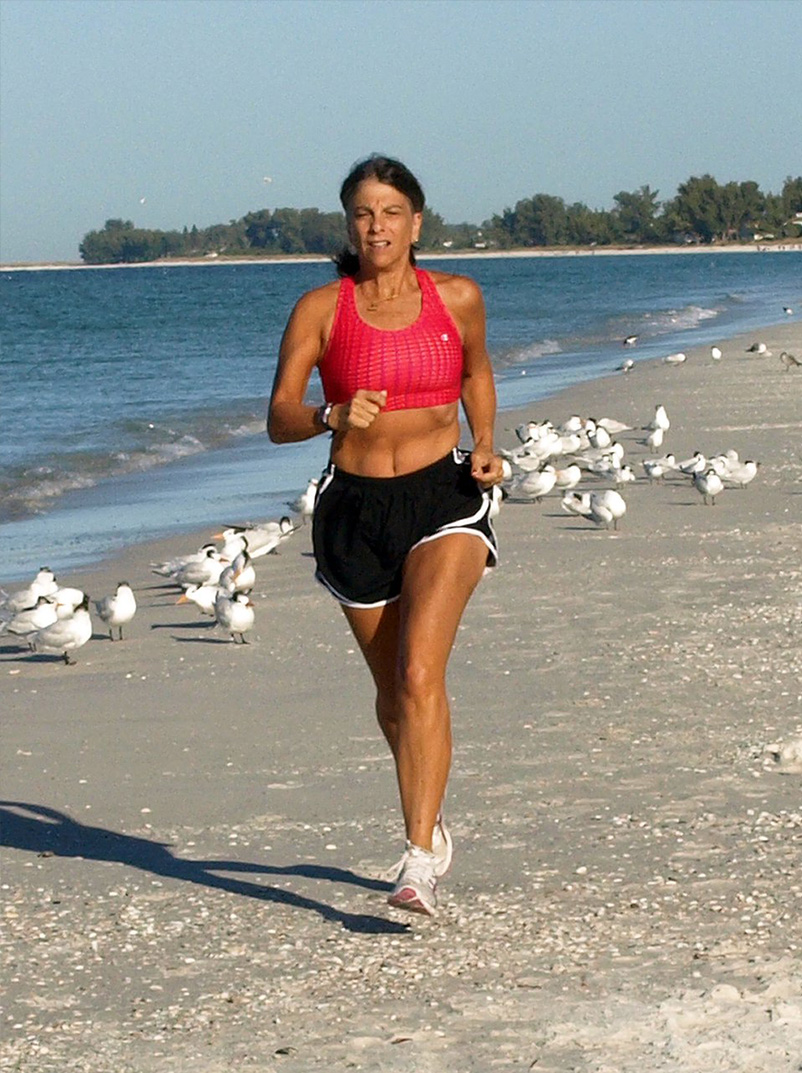 One of your bestselling books 'Eat Vegan on $4 a Day', is about showing that a plant-based diet can be good for your health, but also easy on your budget. What challenges have you faced in conveying this message to a wider audience?

At the Miami Book Fair a couple of years ago, somebody walked by and said,

"I don't know about vegan, but you had me at $4 a day!" That was my thought exactly when I wrote the book.

As a financial consultant, I found that some companies really didn't care about being socially responsible. But show them for example, that they could save a lot of money by not only recycling their own company's cans, but other companies' as well, and then all of a sudden they cared about the environment and could say that they were socially responsible.

I felt that if I could show people how much money they could save at the store, as well as how much they could save by avoiding doctors and disease, we would have a lot of people very interested in a vegan diet. And that is exactly what happened.

I have long said that preventable diseases are not sustainable, no matter who pays for them—you, me, the government or insurance companies. 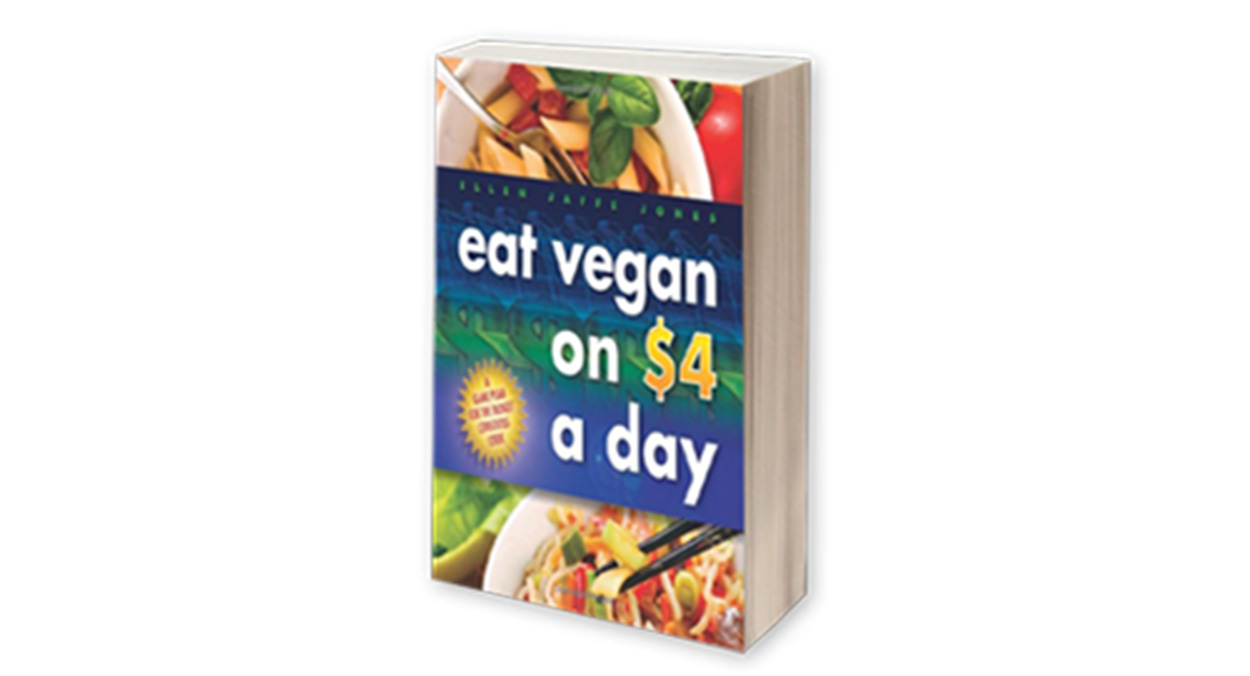 At 1 Million Women, we often talk about the environmental footprint of the meat and dairy industries, and how lowering your consumption of animal products, or switching to a plant-based diet, can help reduce the strain these industries put on our planet. Would you like to comment on this?

I have seen a great deal of research that points in this direction—that a vegan diet is the single most important thing you can do to reduce your carbon footprint.

The UN said this first in a report first released in 2010. Other studies since then point to the diminishing availability of water and food to provide the world with animal protein. The best summary and compilation of facts and research is the movie "Cowspiracy." Their website has even more incredible stats, including this:

Some would blame the amount of water needed for almond-growing as a culprit in California's drought. But the stats say it is animal agriculture that drains water supplies far more than any plant.

Read more: Meat is a complex health issue but a simple climate one: the world needs to eat less of it

Finally, what is the best plant-based dish that you make in your kitchen?

I like my Chocolate Surprise Cake because nobody ever guesses what's in it, and even my tough-to-please hubby really likes this one.

READ THIS NEXT: [Interview] Amelia Telford is building a network of young Indigenous leaders on climate change

Join 1 Million Women and be counted