How to use the sharing community to reduce waste

This is a guest post by Imogen Baxter, Head of Product and Community at Tushare.

Nothing about this Monday morning routine sounds particularly special. Except… really, when you think about it, it is. I ate a quick brekky, packed my things for work, tried to force my hair to look normal and threw on some clothes. On my way out, I made a quick cup of tea in my Keep cup, grabbed my keys and the rubbish from the kitchen which I tossed into the bins our building manager, Colin, had just pulled round the front of our architectural monstrosity of an apartment building. I'm out the door by 7:30: Magic.

Bins. Let's talk about them. I reckon they're pretty bloody spectacular, magnificent even, in their engineering.

Ex-CSIRO exec James Bradfield Moody describes them this way: "the bin is a five dollar piece of plastic tied to billions of dollars worth of infrastructure. We have designed a waste system that makes binning something as easy as dropping it."
We have built, and financially support, an effortless, frictionless waste system that manages to support consumption and disposal effortlessly. Yes, lots of us recycle, compost food scraps and try to be light on packaging… but we don't have to give our rubbish a second thought once we've left it on the doorstep. It's incredibly convenient.

We're a bunch of tossers.

The average NSW household generates 23.6 kg of waste a week, consisting of 5.1 kg of recyclables, 5.3 kg of food and garden organics and 11.7 kg of landfill waste[1]. To give some perspective, 23.6 kilos is approximately a check-in bag on an international flight. So we're talking about a lot of waste.

Let's consider why recycling took off. Despite recycling being around for longer, it wasn't until roughly 1992, and the release of the National Waste Minimisation and Recycling Strategy (with a target of reducing the amount of solid waste going to landfill per capita by 50% from 1990 to 2000) that all states and territories began getting serious about recycling.[2] We began to build infrastructure to support recycling and there's no surprise that it largely mirrored traditional domestic waste collection. The Australia and New Zealand Environment and Conservation Council (ANZECC; now the Environment Protection and Heritage Council) adopted the National Kerbside Recycling Strategy to extend and improve kerbside collection. It was a pretty cool step in the right direction and we've become sophisticated enough that it feels equally as effortless. Simply stick your recyclables in a different kind of 'bin', leave it on the doorstep and poof! It's gone. Easy.

We've still got a bit of a way to go on recycling, but we're getting there. So what am I banging on about?

Well… I want to talk to you about reuse. Unlike recycling, there is very little infrastructure built around reuse. Consequently, about 95% of all items don't find a second owner, even if they're perfectly useable. This takes into account charity donations and selling sites like eBay and Gumtree.

Why? Here's the interesting part. In a nutshell, we've got an easy logistics solution to waste (and so are great at sending stuff to landfill, or to be squashed and reformed via recycling), but we've got almost nothing comparable for reuse. That $5 piece of plastic is reuse's main competition… and there's billions of dollars helping it win. 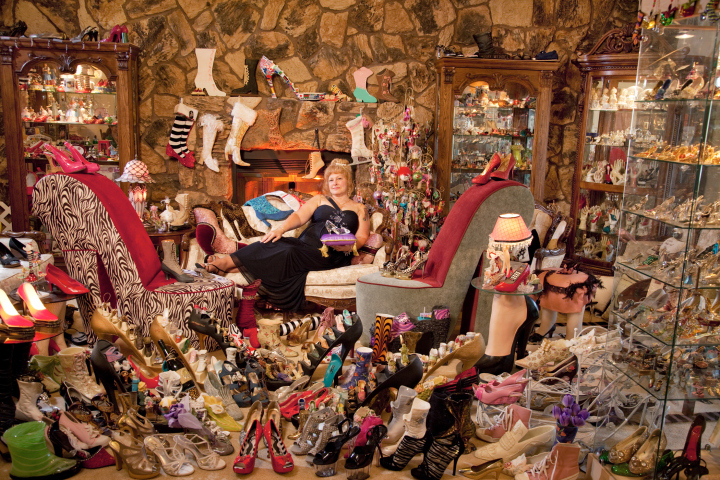 We've got to that place where lots of us have become accidental hoarders of stuff. Media, fashion and upgradeables are the usual suspects – they don't retain sellable value and after time, become obsolete. They usually sit on our shelves and then… end up in the bin. In a national Newspoll study released last year, 82% of Australians say they have unwanted, useable goods in their homes but over 1 in 3 say that they throw stuff out even though they could be used by others[3]. This accounts for millions of things ending up in landfill every. single. year.

Now I know I'm talking to the fabulous converted community of 1 Million Women, so I'm sure you're already into reuse, upcycling and mending, but for most people, making reuse doable means making it easy and, if possible, fun.

About a year ago, ex-CSIRO exec, James Bradfield Moody set out to do just that. Being an engineer, he boiled down this infrastructure business and decided to do something about it. Because how do you solve reuse? You build infrastructure. James built a sharing community (TuShare) and a logistics company (Sendle) to make sharing really easy.

Taking on the power of the bin sounds daft, but actually, it's working. Over 30 thousand Aussies have already joined TuShare to find new homes for their stuff. They're growing everyday… and they're making a BIG impact!

How does it work? 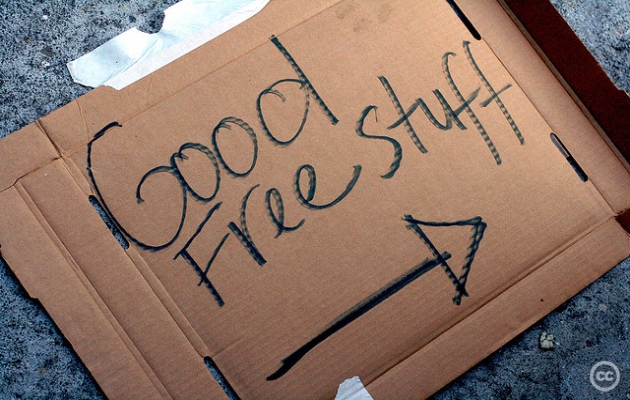 Just as waste infrastructure is door-to-recycling plant or door-to-landfill, Sendle is a door-to-door, carbon neutral courier service that collects things you no longer need and gives them to people who have requested them on TuShare. It's an online service; mobile-phone friendly and items can be listed in less than 60 seconds. TuShare itself is B Corporation certified, meaning that they are committed to being the best for the planet, the people who use TuShare and their employees. Not to mention, they just won an honouree mention in the B Corp Best for the Environment Award in 2015!

1 Million Women are the official partner for the Women's Hub, and as a community, have already saved over 4000 kg of carbon!

So how do YOU get involved in easy reuse?

Simple – Sign up to TuShare, list a few items you no longer need, and participate in the ultimate reuse community!