Ever wonder what happens to your kerbside recycling?

It's been 4 years since China announced it's ban on the importation of recyclable materials from Australia, sending the waste industry (and me) into a tailspin! Why was our recyclable waste being shipped overseas in the first place, and where was it going to go now? As confronting as it was, the 'waste crisis' was the wake up call we needed to trigger industry action and government funding.

I can remember, at the time, being absolutely flawed that our country was shipping more than 600,000 tonnes of recyclable waste overseas each year. Apart from thinking 'what a wild idea, why would we expect another country to be responsible for our waste?', I was also fearful that hundreds of thousands of tonnes of waste was now stranded in Australia. I had visions of waste piling up everywhere, spilling out of warehouses all over our beautiful country. My assumption that my carefully cleaned and sorted recycling was being processed locally and turned into something useful had been so wrong!

I was reminded of this 'waste crisis' when we had friends for dinner last weekend. As I rinsed a beer bottle before putting it in the recycling bin, one of our guests asked "why are you bothering to do that? It's just going to be shipped overseas!" It made me realise that many people still don't trust kerbside recycling!

This week is National Recycling Week in Australia and much progress has been made in the 4 years since the ban was announced. Here are some positive steps that are being taken to reassure you that our recycling efforts aren't in vain and to reinforce the importance of recycling correctly:-

If you want to read about a council that has their recycling system totally sorted! You can read about the City of Sydney recycling here:

Many advancements have been made in recent years and recycling in Australia seems to be heading in the right direction. However, there is still work to be done as millions of tonnes of plastic continue to be sent to landfill every year. A change in consumer behaviour is needed. Remember that it's consumers like you and I that have the power to refuse; then reuse and as a last resort recycle, correctly!

Allison Licence is a Sydney-based freelance writer and 1 Million Women App Coordinator who is passionate about the environment and finding ways to live more sustainably. 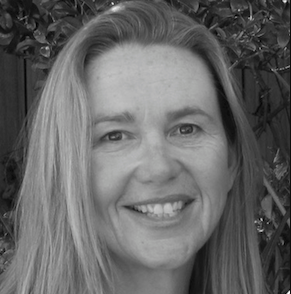