We've been filling the streets. Let's flood our MPs offices with demands for climate action too.

"It is hard not to be overwhelmed right now. Feelings of anger, frustration and sadness are overflowing in our veins. I know. I am feeling it too but let's channel our feelings into positive action. Our elected leaders need to hear from us. Whatever side of politics they come from, they must step up. They need to know you want them to act with speed and determination and conviction.

Never underestimate your power as one person to demand that."

Here's what to think about when writing a letter: 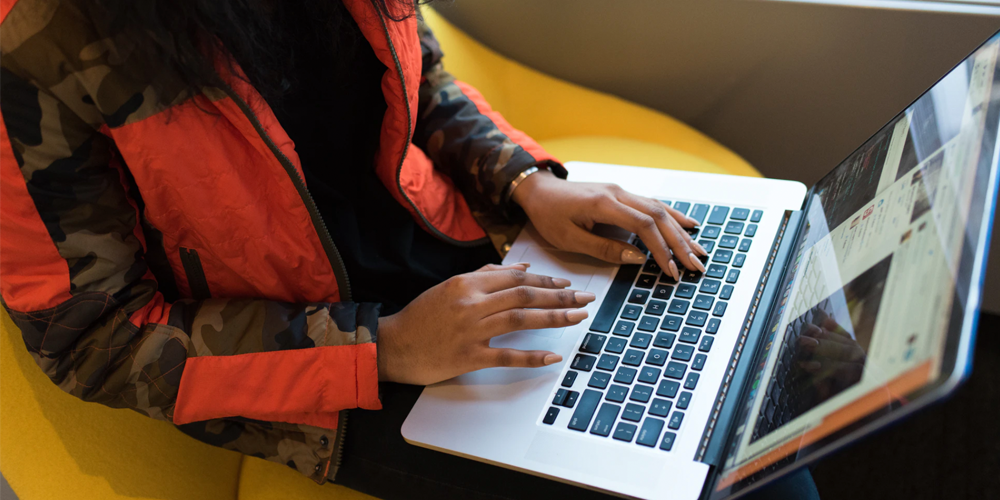 Most politicians will take this seriously and take the time to reply. This is one of the most powerful ways to be heard, but the process is a little more lengthy.

• Use the correct title

In the case of letters, set out the name and address of the MP or Senator in the top left-hand corner. This is not necessary in the case of emails. An MP's name should be stated in the address as follows: 'Mr/ Mrs/Ms/Dr First Name Last Name MP'.

Explain how long you've lived in the electorate, including what you do, and why you are so concerned about the climate crisis.

How the latest IPCC report and all climate related issues are affecting you and/or your friends and family? What are you worried about?

• Write about the issue, including a few facts and figures

TeThese three actions are what we need to see at a government level.

And most importantly let your local representative know that you won't vote for a political party that doesn't elevate climate action to the highest priority.

• Let them know you look forward to receiving a reply on what will be done.

• Sign off with Sincerely, (your name, printed) and your signature

Then wait to hear back, but don't wait too long. Follow up with a phone call or an email if you haven't heard back within a month.

Letters are most powerful when they come from you, written in your voice, but below is an example letter you can use. If you want to copy or adapt any of this, the copyable version is here. 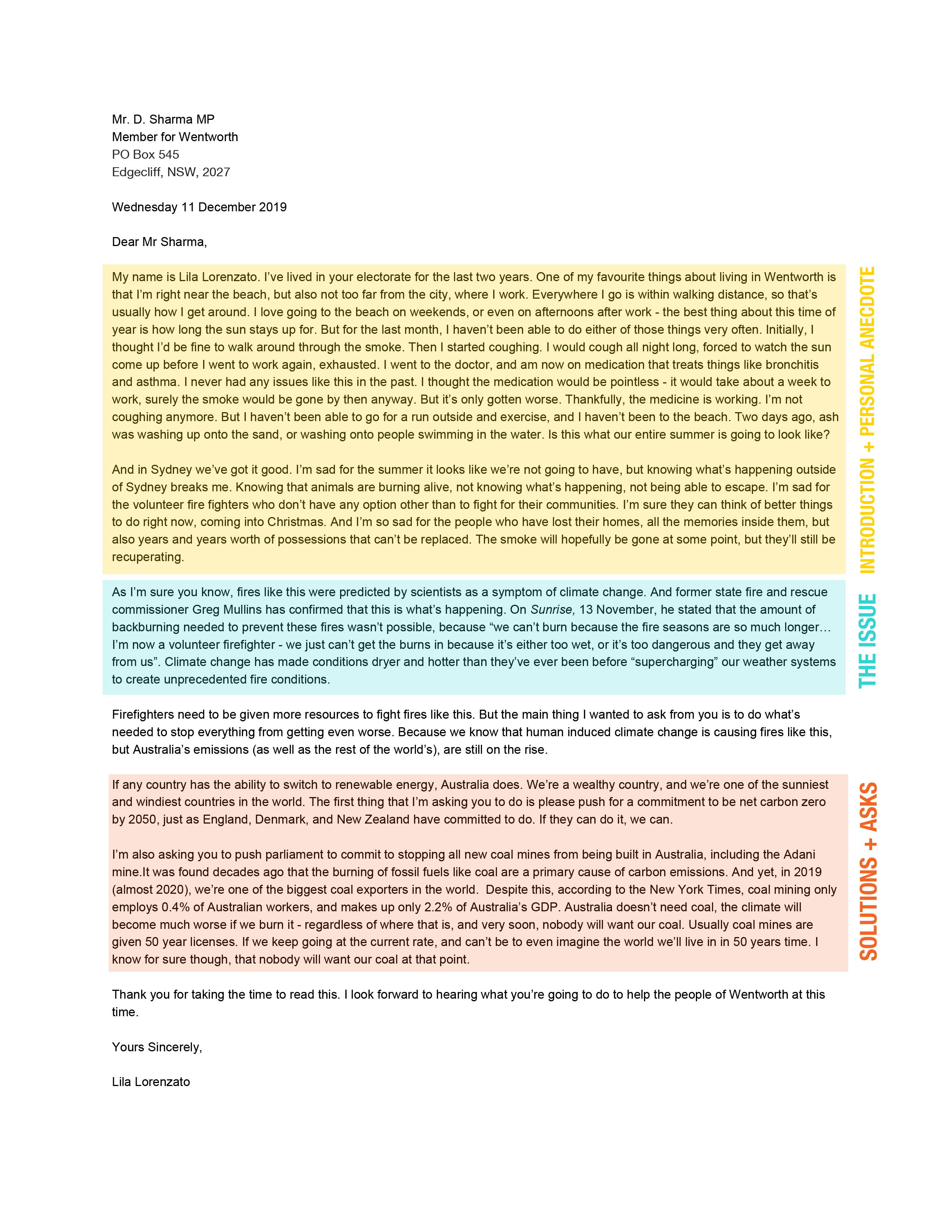 Find out who your MP is and what their phone number is here.

The staff who answer your call are often really nice, and will be willing to listen to you.

Then you can try requesting a meeting, or asking what your MP is doing on the issue. If it helps, have points written down in front of you before you make the call.

Remember that this is a two way conversation.

If the staffer has anything to tell you then listen up - it could even be worth passing what they say on to 1MW staff (tag us in a social media post about it, email us, or send us a message on Facebook or Instagram) in case it gives us or people in your electorate an indication of what to do next.

From our heart - The team at 1 Million Women

It's Tuesday 10 December. In Sydney, our office is full of smoke. Air quality outside is 11 times the hazardous level. In recent weeks, we've only seen the blue sky for a couple of days here and there. The air can be equivalent to smoking 30 cigarettes if you spend the full day outside.

And compared to our regional neighbours, we have it good here in the city. Communities have had to walk away from their homes, unsure of what would be standing there when they came back, and over 600 households have returned to piles of ash and corrugated iron. Thousands and thousands of animals have died. All before summer had even started, the equivalent of 1 million rugby fields of bushland have been burnt - who knows how much carbon that's throwing up into the atmosphere on top of all the rest. We're all wondering if this is what our entire summer is going to look like. Will we be able to swim at our beaches without inhaling smoke and being covered in ash as it's swept up onto the beach by the waves? Will we be able to let our kids play outside on Christmas Day?

The worst thing is, we knew this was going to happen. Twenty three former fire and emergency leaders requested to meet with the prime minister because they knew that the symptoms of climate change - hotter, dryer weather than ever before - meant it was impossible to do enough backburning this year. They knew that because of climate change, a monster fire season was ahead of us. But our politicians didn't even take the time to listen to them. Instead, they have continued to plough ahead with coal mining and coal burning, supporting and even subsidising the industry (with taxpayer dollars) when it doesn't make any economic sense, and definitely doesn't make environmental sense. Why? We'll say it - because big coal mining billionaires are some of our major political parties' biggest donors. Coal only makes up 2.2% of Australia's GDP, but it makes up a big percentage of the money lining our politicians' pockets.

We're so sad, so frustrated, and so, so angry.

The silver lining about feeling this way, is it can drive us to take action, and action is exactly what we need.

In Australia, one of the sunniest and windiest countries in the world, we need to transition to renewable power. And we need to stop digging up and exporting new coal, finding new exports so that when nobody wants our coal anymore, we're already prepared with something else. Our communities that rely on coal need to be given new opportunities for jobs and training.