Does buying organic have a positive environmental effect?

Organic food tastes better, is better for the environment, doesn’t have pesticides, can make me strong like popeye, will make me feel better, can bring on world peace?

There are some big claims being thrown about when it comes to organics, but aside from the idea that 'it's better for you' which has become the common dialogue, what do we actually know when we buy organic?

What's in a name?

'Organic' basically means that the food was grown in a specific way. The produce must be grown in safe soil, have no genetic modifications, must remain separate from "conventional" produce and must not be exposed to pesticides or petroleum-based fertilizers. If it doesn't do all of these things, it doesn't get the label slapped on it in the supermarket. The livestock feed has to be qualified as organic before certain meats can be labelled as organic. The animals must also have access to outdoors, not be exposed to antibiotics, growth hormones or other animal by-products. 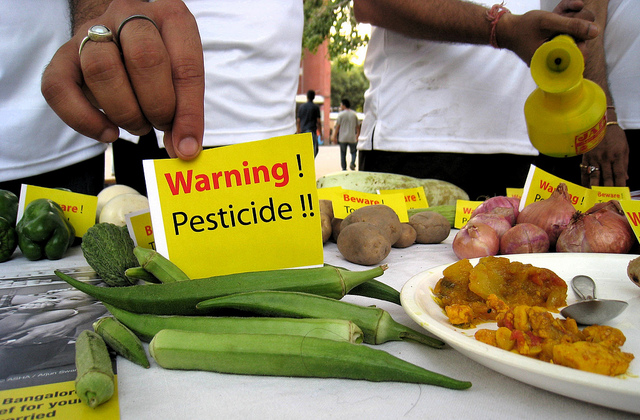 In fact, organic farmers do use pesticides. Contrary to what most believe, organic farmers are allowed to use a wide variety of chemical sprays and powders on their crops. As long as they have been produced by nature without any human intervention. For example, Rotenone is a naturally occurring chemical found in the seeds and stems of members of the bean and legume family. It's widely used in organic farming as an insecticide and pesticide.

For traditional farming, synthetically produced pesticides are more widely used. True synthetic pesticides are made from chemicals or biological agents (like a virus, bacteria, or disinfectant). Here's the sneaky thing - a synthetic chemical may be made from natural sources, but processed in a way that now deems it synthetic. In this case, it is naturally derived but not considered organic friendly.

Thus, there is more of it being released into the atmosphere, and these organic pesticides (rotenone especially) are extremely toxic to fish and other aquatic life. However, the full extent to these pesticides has not been researched thoroughly because most people consider "natural" to mean it will have no side effect, so their effect on the environment is widely unknown.

Interestingly a study titled Natural & Synthetic Chemicals in the Diet: A Critical Analysis of Possible Cancer hazards that explored exactly that, found, "among the agents identified as human carcinogens 62% occur naturally...Thus the idea that a chemical is safe because it's natural is incorrect".

The permaculture movement within organic farming are getting creative with the way in which they deal with pests - believing that a farm is an ecosystem - if you completely wipe out one pest with harsh pesticides, you're leaving yourself open to another. The concept they work with is Integrated pest management. "It's about creating favourable conditions for 'good bugs' that eat and or mitigate the 'bad bugs', and encouraging other useful animals (like small birds) to hang out in your garden and do caterpillar control for you," says permaculture group Milkwood. 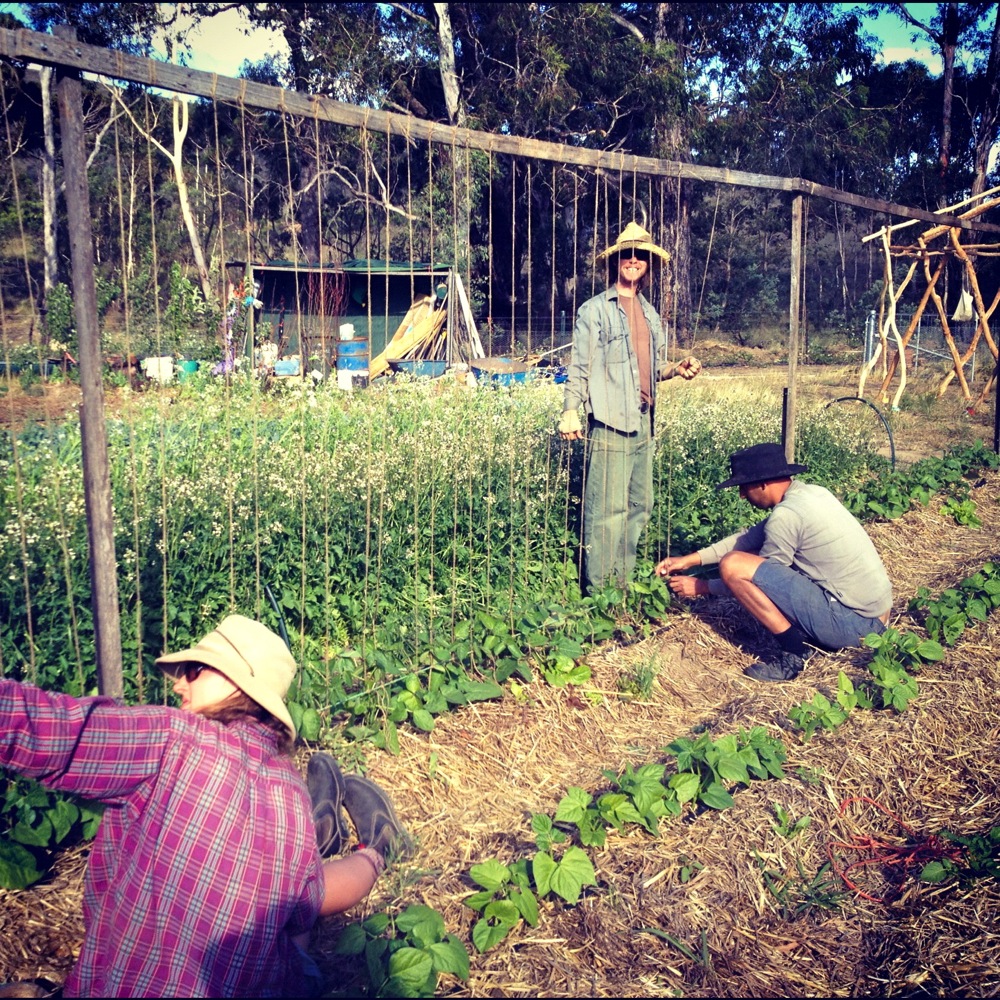 The Milkwood team creating a bean banjo to provide shade and habitat for useful animals.

So in that sense, the pesticide thing is a bit of a grey area. If you have the luxury of being able to buy at a local growers market, then have a chat to your farmer about how they manage their crops and what kind of chemicals are being used.

One of the big draw cards to organics is that it makes us feel better. In fact, 51% of us buy organic produce because we think it's more nutritious. However, the general consensus is that organic and conventionally farmed produce have the same nutritional value. Although there are studies out there that beg to differ.

There is also strong argument from the organic community for the value of soil as a living organism. Organic soil is nourished, crops are rotated, and it is given time to rest and replenish. On the other hand, intensive agricultural methods used in conventional farming are said to strip nutrients from the soil. This in turn means that the produce can't suck up nutrients that aren't there and we miss out when it comes to the end product.

One of the other widely accepted benefits is that "consumption of organic foods may reduce exposure to pesticide residues and antibiotic-resistant bacteria".

According to The Atlantic, organic foods (especially meats) must contain 95%-100% organic materials. Synthetic additives and antibiotics cannot be added to the animal feed. This lack of antibiotics and pesticides is good for those that subscribe to the 'gut health' school of thinking. There's been lots of uproar about traditionally farmed food affecting the balance of 'good' bacteria in our bodies. Especially in relation to GMO food.

Which brings us to the elephant in the room. GMO. Terrible things have been done to the natural world by company Monsanto and their food modification projects. Yet there is environmental merit in GMO farming. Take the example of Bacillus thuringiensis (Bt), a small insecticidal protein from soil bacteria. Organic farmers apply heavy amounts of Bt toxin to their crops every year. As with all sprayed pesticides, this has the potential to leach into the soil, air and surrounding water systems. But GMO farmers have worked on a way to encode BT into the plant's genome - the argument being that there will then be less of this residual chemical in the environment.

For organic farmers, this technique is pretty much blasphemy. But being that we need to feed billions of the world's population on limited land with limited water resources (we've already cleared 35% of earth's ice-free land surface for agriculture) it's worth considering these other options. Instead of blaming genetically modified produce we should be holding accountable huge agricultural monopolies like Monsanto for the destruction they cause.

The whole concept of organics is a pretty dicey subject. Organic farmers often make more of an effort to move away from monoculture farming and have higher rates of biodiversity, which is great, yet they can produce up to 34% less food units per land capita than their conventional counterparts.

I'd be much more likely to trust my local farmer than I would a multinational food company, and I love that when we buy organic it generally means we're buying seasonal local produce. Which is something we're often talking about at 1 Million Women. The best thing to do is be informed about where your food is coming from and support the little guy, or even grow your own and share amongst your community!

Are you an organic convert or perhaps you like to focus on making sure your produce is local instead? Share your experiences comments section!

READ THIS NEXT: 5 Permaculture principles to help you start a garden