US President Donald Trump has called global warming a "hoax" perpetrated by the Chinese and appointed a foe of environmental regulations to head up America's Environmental Protection Agency.

On April 22, which annually marks Earth Day, thousands of scientists around the globe marched to defend the role of science, research and facts in society today against repeated attacks from the White House. 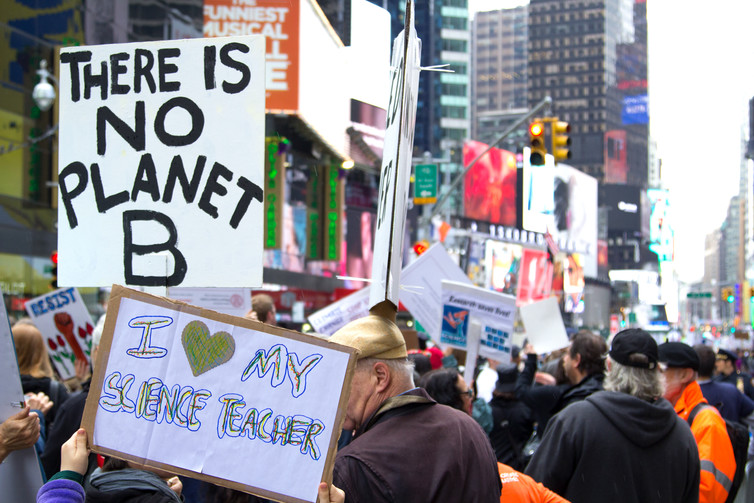 As the US president rounds the bend of his first 100 days, The Conversation Global has invited scientists from Africa, Southeast Asia, Latin America and Europe to explain why climate change is real, and how it's impacting life where they live.

The UN goal of achieving inclusive and sustainable development across the world by 2030 will be impossible without the participation of women in developing nations, including in Africa. But empowering women will be impossible if we don't do something to mitigate the impacts of climate change.

Climate change hinders the empowerment of many poor women and girls from rural areas. First, women represent more than half the workers in the agricultural sector in Africa, where insufficient infrastructure is exacerbated by the effects of climate change.

Women also spend a considerable number of unpaid hours walking long distances to bring firewood and clean water for drinking and bathing home on a daily basis. Climate change makes both water and firewood scarce, forcing these women and girls to trek further to reach the few areas where fresh water and wood can still be found. 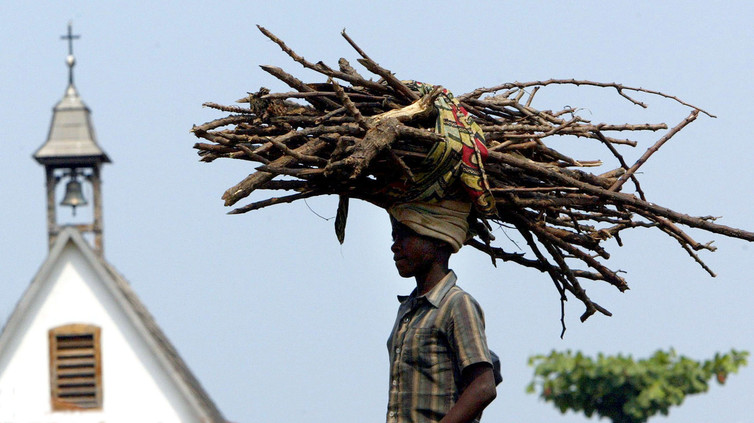 On these vital journeys, they risk being raped or kidnapped; the longer the trip, the greater the risk.

Climate change thus also impacts girls' education in rural regions of the developing world. Because girls must fetch household necessities before class in the morning, harder-to-find water and wood increases school absenteeism. That slows down their learning, as does the fatigue engendered by increasingly arduous morning and weekend routines, which makes it harder to concentrate on math and language lessons.

All of these impede the potential achievement of girls and women. School dropouts and loss of female human capital due to climate change consequences will have negative repercussions on the economy and on the next generation.

Climate change is not gender neutral. It reduces economic opportunities for the most vulnerable people in the world, who are more often than not women and children.

Failing to act goes against women's empowerment and is yet another handicap for all the efforts that have been put forward for inclusive development.

Asia already alternates from one extreme to another. Heatwave frequency has increased in many regions, as evidenced by droughts during the monsoon season, but we're also seeing wetter conditions across Central Asia and frequent flooding in eastern Asia and India.

Across Southeast Asia, temperatures have been increasing at a rate 0.14°C to 0.2°C per decade since the 1960s, coupled with a rising number of hot days and warm nights and a decline in cooler weather. Today, scientists are projecting temperature rises of 3°C to 6°C in Asia if no action is taken.

All of this would be dangerous for the people who live in impacted areas. Due to projected sea-level rise and extreme climate events, millions of people along the coasts of South and Southeast Asia will likely be at risk from coastal and river flooding, with the potential for widespread damage to human settlements. We can also anticipate heat-related deaths and water and food shortages resulting from drought. 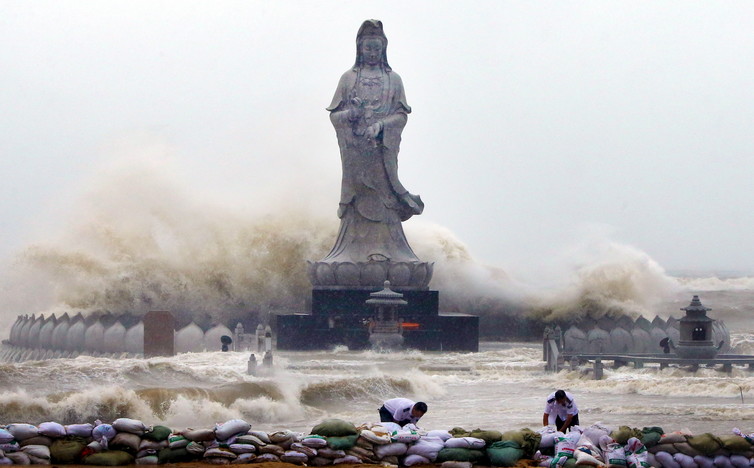 This region is also actively cooperating to pursue the ambitious renewable energy target set by the Paris Agreement.

If the current US administration reverses Obama-era environmental efforts and pushes fossil fuels domestically, it will set Asia and the world on a dangerous, possibly irreversible path. It will also erode the credibility of the United States when it makes international commitments and damage much-needed American leadership in science and the environment.

Climate change is anthropogenic, and changes are already evident. Business as usual is a scientifically well-stated concern. We have a chance to keep global temperatures at under 2°C from pre-industrial levels if we act fast and stick together. I sincerely hope the Trump administration will give this crisis more serious thought.

Sandrine Maljean-Dubois - It's a 'race against the clock'

The message from science is clear: we are in a race against the clock.

In adopting the Paris Agreement, states around the world agreed on clear and ambitious targets to contain global warming and to limit global temperature increases. They outlined a trajectory of progressive decarbonisation of our societies by the end of the century.

It was the signal the markets were waiting for after years of chaotic negotiations. Businesses, banks, investment funds, local authorities, individuals – so many economic actors – are following world leaders down this path. Pushed to innovation, they are advancing ahead of their competitors. They will create the technologies and jobs of tomorrow.

The fact is, undoing Barack Obama's 2015 Clean Power Plan, as Trump has recently done with the swipe of a pen, will produce only a limited environmental effect. Reactivating coal plants can be detrimental in the long run but coal is no longer competitive, so the move is impracticable and short-sighted.

But it sends a very negative signal to the world. The US is the world's second-biggest producer of greenhouse gasses, and it had previously exercised decisive leadership in the COP process along with top-producer China. Considering the importance of American financial contributions to international bodies such as the secretariat of the UN climate action branch, the Green Climate Fund and the Inter-governmental Panel on Climate Change, American disengagement threatens to undermine this fragile and too-timid dynamic. 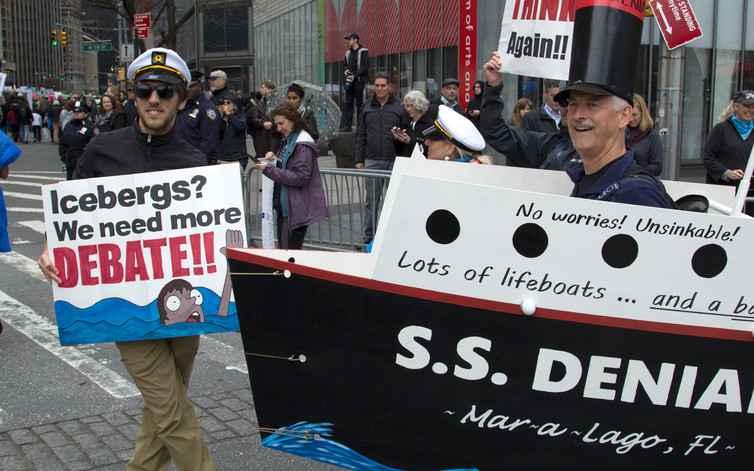 The individual commitments of states are insufficient to achieve the objectives they have collectively set themselves. The Paris Agreement contains the tools needed to push countries to progressively up the ante on their national contributions, but without political will they will likely go unheeded. And it is precisely this that the US is now undermining.

For the American economy and for the world, for environmental, health and economic reasons, for present and future generations, we must immediately repudiate coal. History will frown on you for doing otherwise, President Trump!

The Brazilian Amazon – the largest rainforest in the world and a region of national, regional and global importance – already faces an existential threat from raging wildfires and extreme flooding engendered by climate change.

Further global warming may push the forest's biome beyond the point of no return.

Given the importance of the 6.9 million km² the Amazon for biodiversity and ecosystem services, that would bring unprecedented problems not just to Brazil or the Amazon region but the entire world. 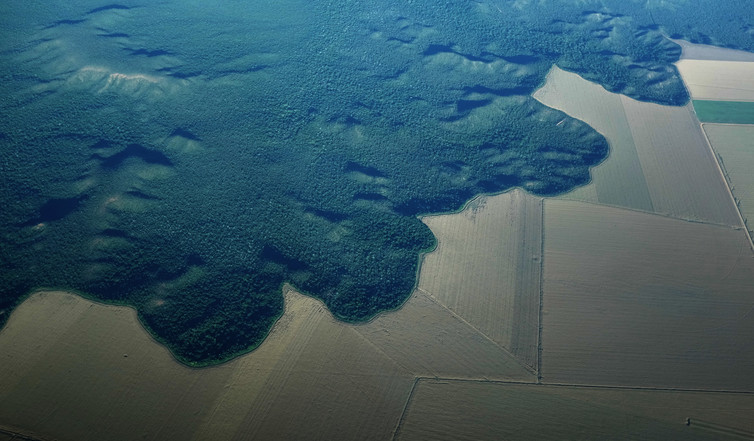 In the last decade, the Amazon has experienced three intense droughts (2005, 2010 and 2015), interspersed with extreme flooding events. The droughts saw rivers run dry, killing millions of fish and isolating rural communities that rely on rivers to get around.

On land, huge tracts of forests burned as never before. In 2015 alone, fire ravaged some 9,500 km² – an area the size of the US state of Vermont. Millions of people suffered severe impacts from those events, as they saw their livelihoods and health endangered, crops ruined, transportation imperilled, hydropower disabled. All this affects the wider general economy, of course.

Such changes can trigger cascading effects on the region. Droughts, for example, render the forest more vulnerable to fire; lack of rainfall also leads to a massive loss of carbon absorption capacity due to reduced plant growth and tree death. After the 2005 drought, for example, about five billion extra tonnes of carbon dioxide were emitted into the atmosphere.

The end of the seasonal monsoon rains that the Amazon generates across the region would spell disaster for South American breadbaskets such as Argentina and Brazil.

Governments must take immediate measures to avoid further degradation of this delicate, critical biome. If the US reneges on its leadership and refuses to enforce environmental regulations and international agreements to curb climate change, the world will pay the price.

Read this next: 8 of the fastest growing planet-strong jobs