Would you drink cockroach milk?

Well, not exactly milk in the way we know it, but scientists in India have discovered milk protein crystals inside the insects which may be able to serve as a healthy protein supplement for humans.

There is no question to the impact that the dairy industry has on the planet. From the huge amounts water, fertilisers and land it takes to feed the cows, the raising of the animals themselves, the energy to process the raw milk into dairy products, the packaging, the refrigerated trucks that drive the products around the country and the release of methane through the cows digestive system, it's no surprise that we're looking for alternatives.

For some time now we've seen the introduction of milk replacements become more and more normalised, just yesterday I had macadamia milk in my coffee, and today I went with soy.

According to TIME magazine milk consumption has been on a steady decline, dropping 25% between 1975 and 2012 in the U.S. whilst the non-dairy alternatives continue to rise.

And whilst the plant-based alternatives are no doubted better for the environment, they don't come without their own questionable practises, such as the history of deforestation, food miles and water use for imported soymilk..

Read next: is soy bad for the planet?

With all this in mind, where next? The great thing about science is we have the ability to look into our existing resources, and while the idea of milk from cockroaches might make you squirm (it certainly made me a little queasy) there are far more complex reasons as to why we should be seriously considering this finding. 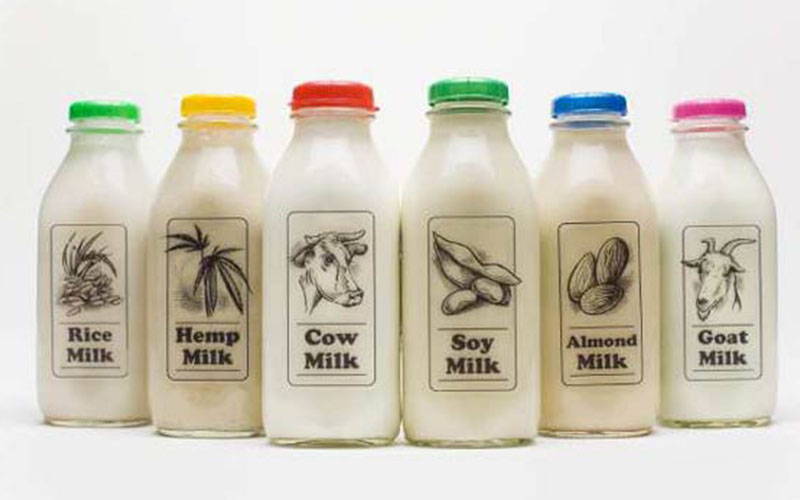 It is projected by National Geographic that by 2050 the earth will be home to 9 billion people, meaning the demand for protein will rise by 60% by the middle of the century.

Conventional sources of protein such as meat are already taking an enormous toll on the environment. Agricultural grazing land takes up 26% of the planet's ice-free regions and livestock produces around 18% of greenhouse gas emissions which is more than planes, trains and cars combined.

The idea of using insects as a protein-rich alternative to meat is not new, it's known as Entomophagy and is already a reality for 2 billion people in the world.

The discovery of cockroach milk hosts more benefits than just a protein substitute. It has been found that a single milk crystal is highly caloric and contains more than three times the energy of the same amount of dairy milk.

These crystals are a complete food; boasting proteins, fats, sugars as well as essential amino acids. While you probably won't be seeing cockroach milk in the aisle at the supermarket anytime too soon, the real importance of this discovery is far more important than supplements in the west, it could be part of the solution for global food security concerns.

The reasons behind cockroach milk being such an interesting development isn't just due to the nutritional value found in the milk crystals but also the sustainability behind farming them. A cockroach can be bred from 6-8 weeks, takes up zero agricultural land and they eat our waste. Meaning we don't need to cultivate land to feed them., O­n top of all this they emit a fraction of the greenhouse gases compared to livestock.

Read next: Which milk alternative is the lightest on the land?

The fact that we could hypothetically farm hundreds of thousands of these insects in small, stacked container farms is one thing but the most interesting part of this science is that they're not even looking at breeding thousands of cockroaches and killing them off for their milk crystals, but rather the scientists are looking into isolating the gene from the cockroaches, expressing it and growing it in a yeast system in order to produce large quantities. 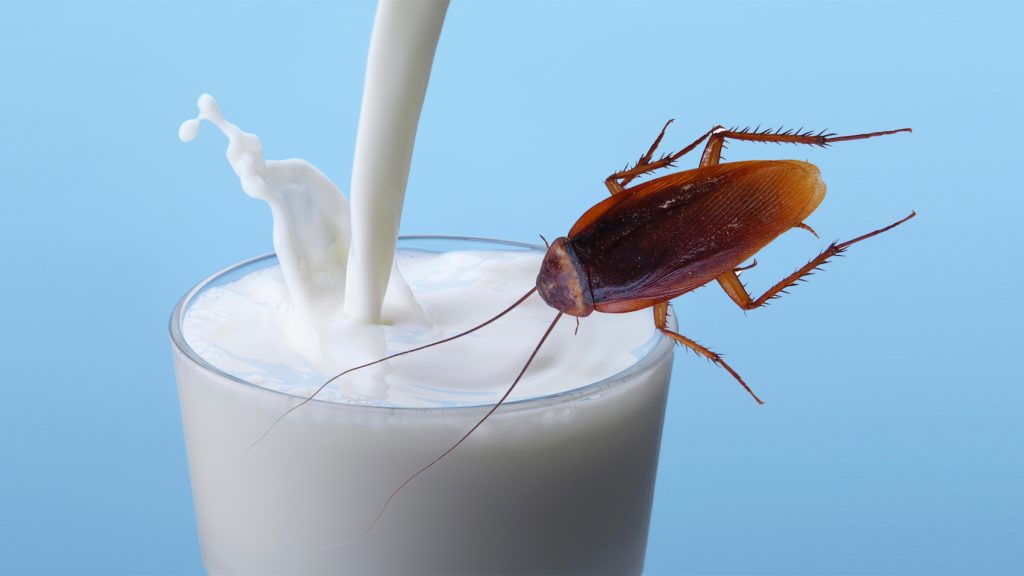 Being whole sources of fats, sugars and proteins would mean eventually being able to turn cockroach milk into a rich supplement (think protein powder) which, hypothetically could be distributed in parts of the world where food security is a major concern.

Eventually, with the positive environmental aspects of the research, perhaps we could make cockroach milk a household product? There is definitely a challenging and empowering marketing campaign here, for those who work in ethical marketing and are ready for the challenge!