Wiping Our Bums Is Costing The Planet

27,000 trees are cut down every day just so that we can wipe our butts.

For centuries, wiping bums with cut-down trees has been common practice, especially in places like the UK, Australia and the US. It's a practice that is so ingrained in our cultures, that differing toilet habits are often viewed as strange and even confronting. Have you ever been attacked by a Japanese washlet? Yeah, so have I.

A survey has found that forty-nine percent of Americans would choose toilet paper as their number one necessity if stranded on a remote island, finding it even more important than food! So, it may be a hard habit to break, but using toilet paper is causing problems for forests, the atmosphere and our butts.

What can we do about it?

Firstly let's consider sanitation. If you stepped barefoot into a pile of dog poo, would you just wipe it off? You'd probably wash it right? So why are we still wiping our butts with toilet paper? As far as post-poop sanitation methods go, dry wiping pales in comparison to methods which use water. But alas, we continue this wasteful, outdated, and unsanitary practice. 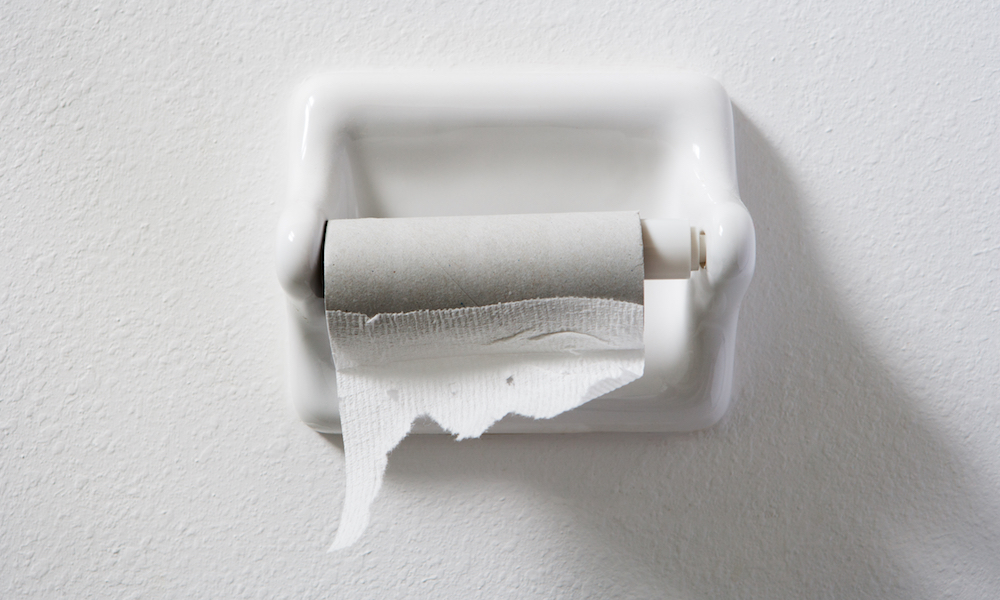 What about wet wipes?

I have heard that many people use wet wipes instead of toilet paper, for that 'extra clean feel'. And although they may provide a little extra sanitation, wet wipes are pretty catastrophic for the planet. They don't biodegrade and 75 percent of sewer blockages are caused by flushing them.

So if toilet paper and wet wipes are so bad, what's the alternative?

Butt sprayer, bidet, washlet, bum gun, whatever you want to call it, a toilet spray is a device which can be either installed or fixed on your toilet so that you can wash your tush after doing your business. It's a sanitary alternative to wiping faecal matter all up your butt. So, aside from the sanitary superiority of washing instead of wiping, how can we compare the environmental impacts of both? 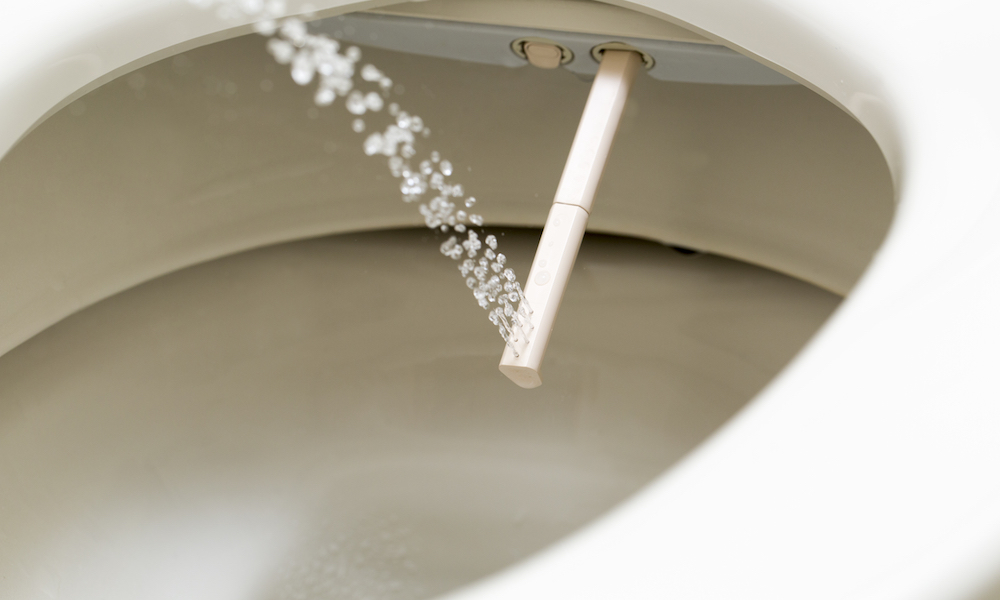 Toilet paper kills trees. But bidets use precious water resources. So which is more planet-strong?

In 2009 Tesco calculated the amount of CO2 emitted from the manufacturing of their toilet paper. They found that their standard toilet rolls emit 1.8g per sheet. It might not sound like a lot, but multiply this by the amount of sheets used per person, per day, per year and the carbon begins to mount. On average, toilet paper users consume 8.6 sheets per toilet trip and 57 sheets per day. If every American were to use Tesco's product, it would equate to 12 million tonnes of annual CO2 emissions, just from wiping butts. So, is recycled toilet paper any better? Although recycled toilet paper saves trees from being cut down, its carbon footprint isn't much better than the footprint of virgin toilet paper. The manufacturing of Tesco's recycled toilet paper would emit over 7 million tonnes of carbon pollution each year if every American were to use it.

In addition to the greenhouse gas emissions from toilet paper production, toilet paper uses much more water than you may think. Each year 473 billion gallons of water are used in the US for the production of toilet paper.

What about getting dry? If having a wet bum isn't your jam, some bidet users opt for a toilet towel which can be washed and reused, others use a small amount of toilet paper to dry off (a lot less than what would be used without a bidet). And many bidets have inbuilt dryers, for blow drying your bum.

Toilet paper production results in the logging of almost 10 million trees every year. It uses large amounts of energy and is contributing to catastrophic climate change.

It might be time to reconsider the age-old habit of butt wiping.

Read this next: Time to ditch the makeup wipes