Why is coal such a big issue?

Coal was at the forefront of the industrial revolution, has provided billions of dollars for our economy, and a large portion of Australians are employed by or have a connection to the mining industry. As Ex-Prime Minister Abbott says, "[Coal] is good for humanity…it will be the world's prime energy source for decades to come". So what's our issue with it?

For decades we've been hearing from scientists about rising global temperatures that are being driven through human action, namely carbon emissions. We have been told that if temperatures continue to rise, there will be catastrophic results. Already, with just 0.85° warming we areseeing increasesin heatwaves, droughts, and fires. Air pollution is now a major factor in premature deaths worldwide. In Australia, by 2070, heatwaves that happened once every one hundred years are expected to occur onceevery two years. Extreme heat kills moreAustralians than any other natural disaster and shockingly, per capita, Australia is the highestC02 emitter in the world.

READ MORE: Air pollution facts that will leave you gasping

In reaction to these facts, world leaders and 195 Government bodies have convened and agreed that we will aim to keep world temperatures from rising over 2° Celsius of pre-industrial temperatures. While 2° sounds like the difference between bringing a cardigan along or not, there will be calamitous results to the natural world and those who inhabit it if we continue to let temperatures soar. To borrow an analogy from The Climate Institute – it's like a human body – a 2°temperature rise is the difference between health and hospitalisation.

2 °C is considered the 'safe' threshold of climate warming. When we go over 2 °C we risk major natural disaster. For example, a rise somewhere between 1 °C and 4 °C will trigger the melting of Greenland's ice-sheet. It's predicted that this will raise sea levels by 7m. When sea levels rise, entire countries are at risk of being wiped out. However, there are now calls from smaller island nations to decrease this number to 1.5 °C as they are already seeing the affect of rising sea levels. 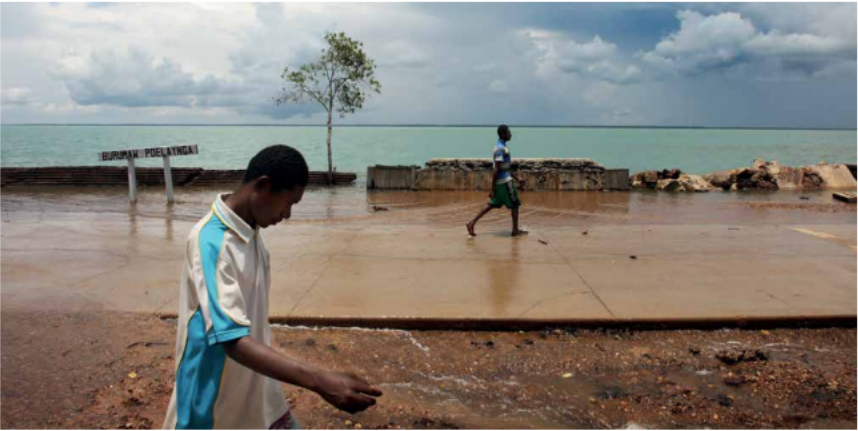 Flooding in the Saibai island in the Torres Strait

READ MORE: Global moratorium on coal: Will Australia be left behind?

To stick to our pledge of keeping global warming under 2 °C a global carbon budget stating how much carbon we could safely 'spend' was agreed upon. Once the carbon budget is spent global carbon emissions must be at zero. And this is where the Australian love affair with coal comes in. 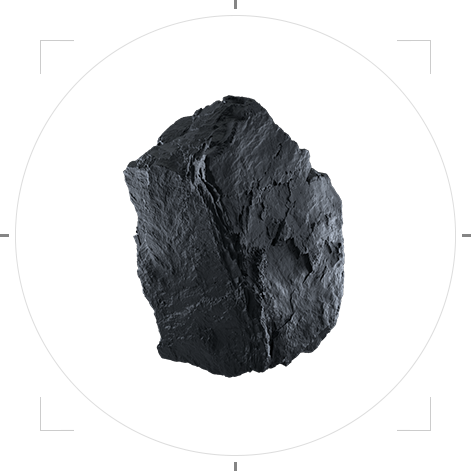 Climate change is driven by rising greenhouse gas emissions; primarily from the burning of coal, oil, and gas. Of all the fossil fuels, coal has the poorest record for C02 output per unit of electricity provided – almost twice that of gas.

It's estimated that Australia has 76 billion tonnes of coal in reserve. If we were to burn all of it, two-thirds of the global carbon budget would be used up, and the likelihood of global temperatures rising over 2°C would be extreme. The Climate Council estimates that 90% Australia's coal reserves must be left in the ground, unburned, if we are to have any chance of sticking to a minimum 2°C global temperature rise.

The burning of our coal reserves will certainly have devastating effects further down the track, but we're also seeing issues now. The World Health Organization estimates that in 2012 nearly seven million deaths were directly linked to exposure of air pollution.

The process of burning coal releases:

City of Sydney has estimated that by the year 2051, hospital admission due to air pollution will have increased by over 200%. Not only will this have adverse effects on the health of our citizens, it will put huge financial strain on the taxpayer. Currently, respiratory health costs Australians $4 billion dollars a year – what will this number be with a 200% increase in respiratory problems?

Not only this, it's important to note that aside from those with respiratory problems, older adults are one of the most at risk demographics for issues arising from air pollution. With Australia's aging population, it seems short-sighted to ignore long-term ramifications of our continued love affair with the coal industry.

READ THIS NEXT: The #coalisamazing PR fiasco

What changes would you like to see to Australia's energy industries? Let us know in the comments section below.