Which famous celebrity designer has shaved her head to protest climate change? 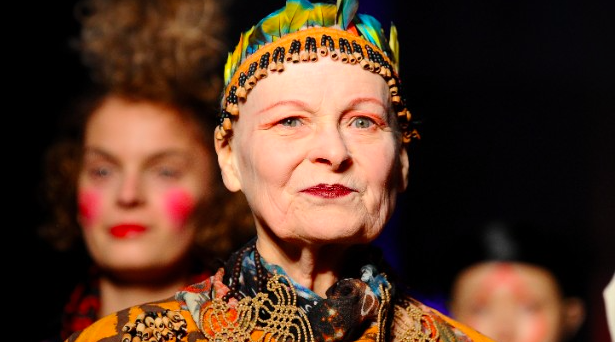 Not only has she shaved off her signature locks, but she is also quoted as saying that people are buying too many clothes - "climate change, not fashion, is now my priority."

Vivienne Westwood's famous red locks (left to grow back in it's natural gray) have been removed as a political statement to wake people up to take action on dangerous climate change.

A well-known environmental campaigner, speaking out on consumption and dangerous climate change is nothing new for Westwood. Earlier this year she is quoted as saying,

The status quo will kill us. People don't realize how quickly we are marching towards a possible mass extinction. Once the global temperature goes up beyond two degrees, you can't stop it. Current predictions are that we will see a rise of more like 4 degrees Celsius or 6°C, which would mean that everything below Paris would become uninhabitable.

Join us in taking practical action on dangerous climate change through the way that we live, the choices we make and the way we spend our money.