The Olympics has finished for 2016 - but what happens to those stadiums?

The Olympic infrastructure has a lot to teach us about how we can make small scale decisions which have a global impact.

There has been a lot of discussion about the environmental impacts of the 2016 Olympics. From addressing Rio's attempt to be the most sustainable Olympics in history, the tree planting in the opening ceremony , water pollution issues and attempts to combat food waste, we have seen a large range of efforts to negate the cost of the Olympics on the environment.

And these efforts aren't just for before the closing ceremony. A key issue in regards to Olympic sustainability is the construction of stadiums that are only relevant for a period just over two weeks. Too often, the stadiums that are designed for large crowds - often at the cost of residential housing, as is the case for the 80,000 displaced Brazilian citizens - end up unused or decaying. 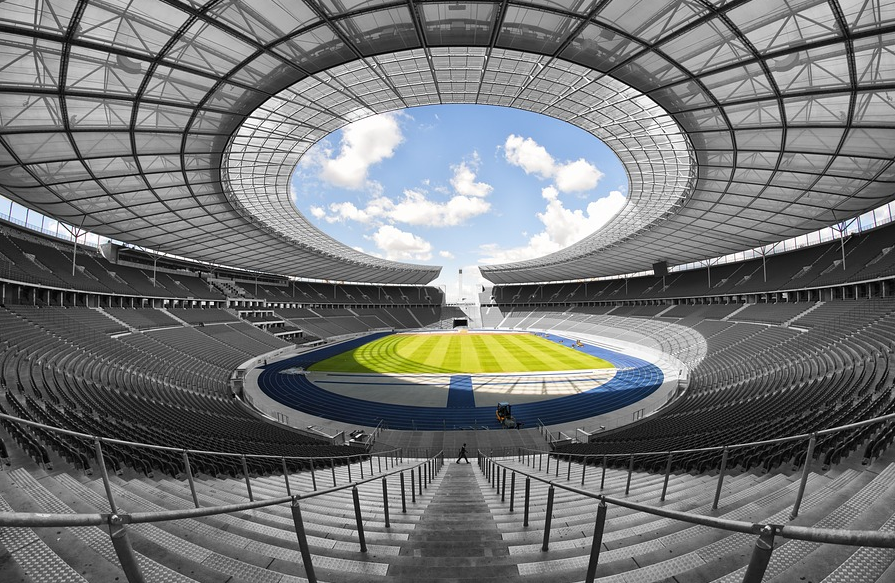 Caption: The crowds won't be there forever - Beijing Olympic stadium has been deserted since the 2008 Olympics concluded (Pixabay)

But not this year…

There are plans for the Olympic infrastructure to ensure the stadiums become more than just a waste of space. The Olympic Stadium itself was the repurposed 2007 Pan American Games stadium, which slight refurbishments. However, it won't be the only structure to be repurposed in Rio, where the entire infrastructure is going to be used to the benefit of Brazilian citizens.

Now that the Olympics have ended, venues will be deconstructed, moved and then reconstructed into new community facilities. The Future Arena, which hosted handball and goalball, will be used to construct four public schools, each with a capacity of 500 students. Similarly, the Olympic Aquatics Stadium will be dismounted and its parts used to construct two aquatic centres, each with 50m swimming pools. The buildings which will remain in place at Barra Olympic park are to be used for educational and training facilities. 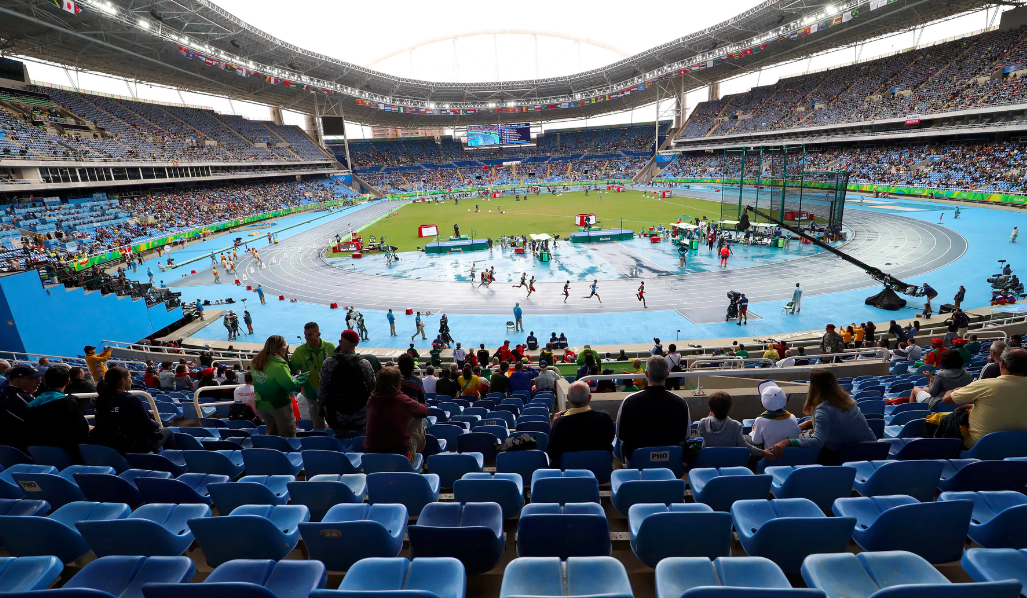 Caption: There was a large amount of foresight in the design for the Rio Olympic Stadiums. Source Martin Rickett/PA

This isn't a new idea?

Other Olympic host countries have tried to repurpose Olympic stadiums in the past. But despite their best efforts, the majority of the infrastructure in Athens and Beijing was left gathering dust. And while the London Olympic venue was successfully repurposed, the project cost an additional 3.5 million US dollars.
The difference between Rio and these previous Olympic hosts is that the infrastructure in Rio was specifically designed to be temporary. But don't make the mistake of thinking that means the venues were unsafe or unstable. From the get go, Rio's Olympic stadiums were designed to be reused.The stadiums and residences made for the Rio Olympic Games were designed for the purpose of eventually being deconstructed and moved to another location. This design technique, named "nomadic architecture" involved creating the bulk of the infrastructure by bolting smaller pieces together. Even the plumbing and wiring was specifically designed to be easy to move and reuse.The benefit of Nomadic architecture is that it allows you to focus on the potential future of infrastructure in the original design phrase, which is a big advantage for Rio.

“Since the start, when Rio de Janeiro won the right to host the Games, our plan was to invest in the legacy that would be left to the city…Our focus is on the Games, but we are also thinking about the future.”

Nomadic architecture is a relatively new idea, and involves the use of materials that will last long term and can be remade at a low price. These temporary buildings also have half the carbon footprint of conventional buildings, something we are pretty excited about at 1 Million Women.


While we wouldn't apply the phrase "nomadic architecture" into our lives, we are much more likely to describe our activities as Upcycling or DIY projects. But it's the same kind of idea, taking something which we aren't using any more and giving it new purpose and life.

In our world of fast fashion, where we can replace most items with something new, a concept like nomadic architecture is a pretty foreign way of life. This idea isn't just relevant to the Olympics. It's something we can replicate, on a small scale, in our own lives.

These replications can be large - think creating a micro-house out of recycled shipping containers - or small - like reusing stockings or magazines in a new or creative way.

Either way, it's embracing the old, choosing to reuse items rather than throw them out, and planning to repurpose items - just like the Rio government has done. In the race to minimise our carbon emissions, embracing "nomadic architecture" is something we should all do. 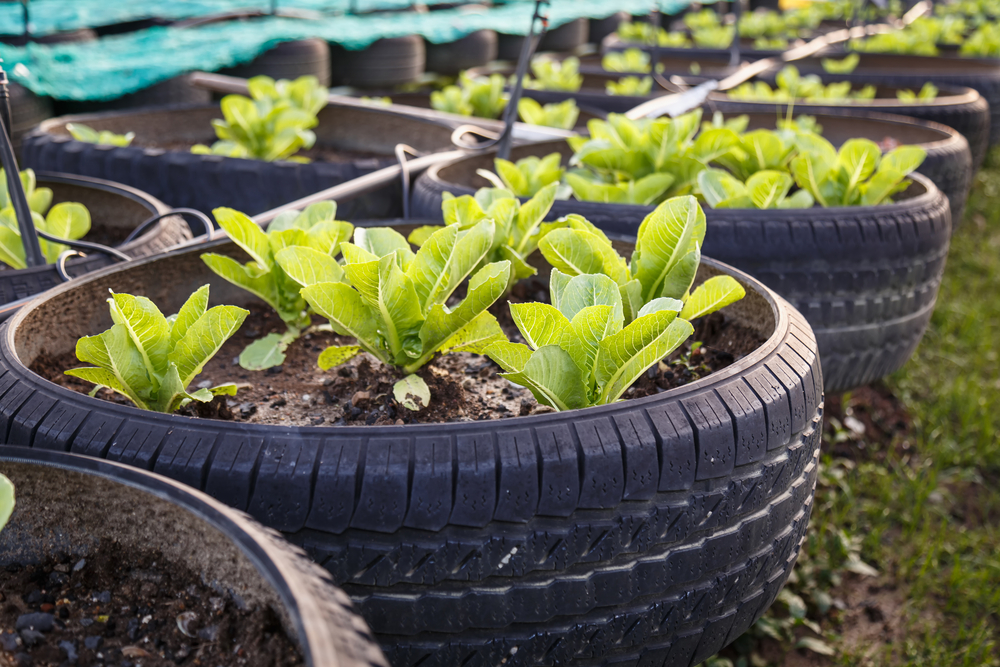 Caption: Buy things which have multiple uses - like tires! (Shutterstock)

Buy things that will last

Rather than buying cheap clothes and plastic chairs, invest in good quality fabrics and materials. Choose clothes that you will wear for a long time, with fabrics that won't rip or tear. We can't repurpose items if they weren't designed to last. Although they might be a bit more expensive at the time, if there's one thing the Rio Olympic organising team has shown us - it's that we need to live with the long term in mind.

Often in our culture we are tricked into chasing the newest iPhone or a brand new outfit - ignoring the things that we already have. Simply by investing in items and planning to have them for the long term, our lives will become radically different to the fast fashion stream surrounding us.

READ NEXT : Some of our favourite Upcycling Projects:

Use Old Pallets to make furniture

How to Repurpose Beauty Products


What to do with Old Magazines