Toughness has limits: over 1,100 species live in Antarctica – but they’re at risk from human activity

It's hard to survive in bitterly cold Antarctica. But the ice continent is home to more than 1,100 species who have adapted to life on land and in its lakes.

Penguins are the most well known, but Antarctica's diversity lies in its microbes and species like mosses, lichens and tardigrades (water bears). Most of these survive in the few ice-free areas on the continent.

Despite their toughness, climate change, introduced species and human activities pose growing threats for these species. We need rapid and widespread protection for Antarctica's biodiversity if these species are to survive.

How can so many species live in Antarctica?

Our inventory found 1,142 land and lake-dwelling species currently known to live on the Antarctic continent. This list is dominated by extraordinarily resilient groups, such as lichens, mosses and invertebrates, which have evolved to thrive under extreme conditions.

These species have developed unique adaptations to live in this frozen desert, where sub-zero temperatures are the norm and life sustaining water is often locked up as ice.

Antarctic mosses have the incredible ability to freeze and almost completely dry out. They come back to life during the brief periods when it's warm enough for ice to melt, and take advantage of liquid water to rehydrate and grow.

Tardigrades are, famously, masters of survival. During tough times, they can enter a frozen, inactive state very close to death. Some have remained frozen for over 30 years before recovering and resuming their normal lives as if nothing happened.

And then, of course, there are the penguins. Five of the world's 18 species live in Antarctica, with another four species on sub-Antarctic islands. These birds are built for the cold with thick layers of insulating fat and feathers to keep warm.

It's a common belief that Antarctica is already highly protected. But, in practice, this is only true for specific areas.

In 1991, the nations party to the Antarctic Treaty agreed to conserve the unique continent through the Madrid Protocol. This agreement set the foundations for a network of 75 protected areas – those with outstanding environmental, scientific, historic, aesthetic and wilderness value.

This approach aided conservation, by restricting entry and limiting what people can do, safeguarding biodiversity from issues such as wildlife disturbance, pollution, and introduction of invasive species.

But there are still large gaps, leaving many species unprotected.

One solution is already outlined in the Madrid Protocol: protect the "type localities" of each species. This refers to the location where the very first specimen of a species was collected and described. These specimens are crucial for taxonomy, as they act as the point of reference to check against unknown or ambiguous specimens.

Importantly, protecting the type locality of a species ensures any species can be protected, even if we know little about their habitat or distribution. This is especially important for Antarctic species, because for many, the type locality is the only known location for that species.

To date, however, no Antarctic protected areas have been created specifically to conserve type localities. That's where our research can help.

What needs to be done?

The reason there are no protected areas of this kind is because we haven't had a comprehensive list of Antarctic species and their type localities. That's why we undertook this research.

Once we had the list, we mapped the type localities across the continent to see how many of these sites are currently protected.

We found more than a quarter (28%) of all species already have their type localities protected for other reasons, such as scientific interest or wildlife colonies. That's because they occur in the few and small ice free areas across the continent, where most of the existing protected areas have been created. The remaining 72% of the continent's type localities are not protected in this way.

There is now a great opportunity to protect these localities. If we focus first on areas with multiple type localities, we could get many more species protected.

Over time, we could expand this network. We estimate another 105 new protected areas would cover all remaining type localities.

We would also need to update the plans for existing protected areas to ensure the value of type localities are taken into account.

Longer term, we will need to embrace a systematic conservation framework across Antarctica to ensure the world's last great wilderness remains full of life. 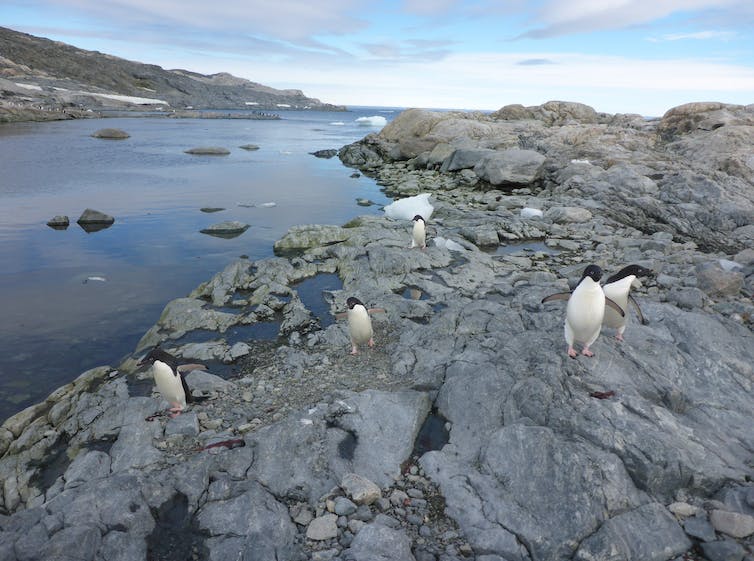 This article is republished from The Conversation under a Creative Commons license. Read the original article. Header Image from Shutterstock.

Read this next: Five walks to save the world – how 'psychogeography' can help you confront the climate crisis