Despite substantial conservation efforts, human impacts are harming coral reefs all over the world. That in turn affects the millions of people who depend on reefs for their livelihoods. It's a gloomy picture, but there are some bright spots.

In a study that appears on the cover of this week's Nature, I and 38 international colleagues identify 15 places around the world where the outlook is not so bleak. Many of them are in surprising places like Pacific island states, which may not have lots of money for conservation but do have a close social connection to the health of their oceans.

Unlike scientific studies that look at averages or trends, we took a slightly different approach and focused on the outliers – the places bucking the trend. This type of "bright spot" approach has been used in a range of fields, including business, health and human development, to search for hope against backgrounds of widespread failure.

One example is in Vietnam, where the charity Save the Children looked at poor children who bucked the trend of widespread malnutrition. They discovered that poor families with healthier kids were collecting small crabs and shrimp from their rice paddies and grinding them into their kids' food, and feeding them smaller, more frequent meals. These practices have now spread to more than 2.2 million families, cutting childhood malnutrition by 65%.

This is a great example of local habits that, once identified and spread more widely, have had a hugely beneficial impact. My colleagues and I wanted to see if we could do the same for the world's coral reefs.

We carried out more than 6,500 reef surveys across 46 countries, states and territories around the world and looked for places where reef fisheries should have been degraded, but weren't.

We defined these bright spots as reefs with more fish than expected, based on their exposure to pressures like human population, poverty and unfavourable environmental conditions. To be clear, bright spots are not necessarily "pristine" reefs, but rather reefs that are doing better than they should be given the circumstances. They are reefs that are "punching above their weight".

We identified 15 bright spots and 35 dark spots (places that were doing much worse than expected) in our global survey. The bright spots were mainly in the Pacific Ocean, and two-thirds of them were in populated places like the Solomon Islands, parts of Indonesia, Papua New Guinea and Kiribati.

Dark spots were more globally distributed; we found them in every major ocean, sometimes in places that are generally considered to be pristine, such as in the northwestern Hawaiian islands. Again, this doesn't mean the reefs were necessarily in terrible shape – just worse than we would expect, given that in cases such as Hawaii they are remote, well protected and in a wealthy country with a strong capacity to govern their reefs.

The Great Barrier Reef, which is often considered the best-managed reef in the world, performed largely as we would expect it to, given that it is in a wealthy country with low population density, and many of its individual reefs are offshore and mostly remote from people. 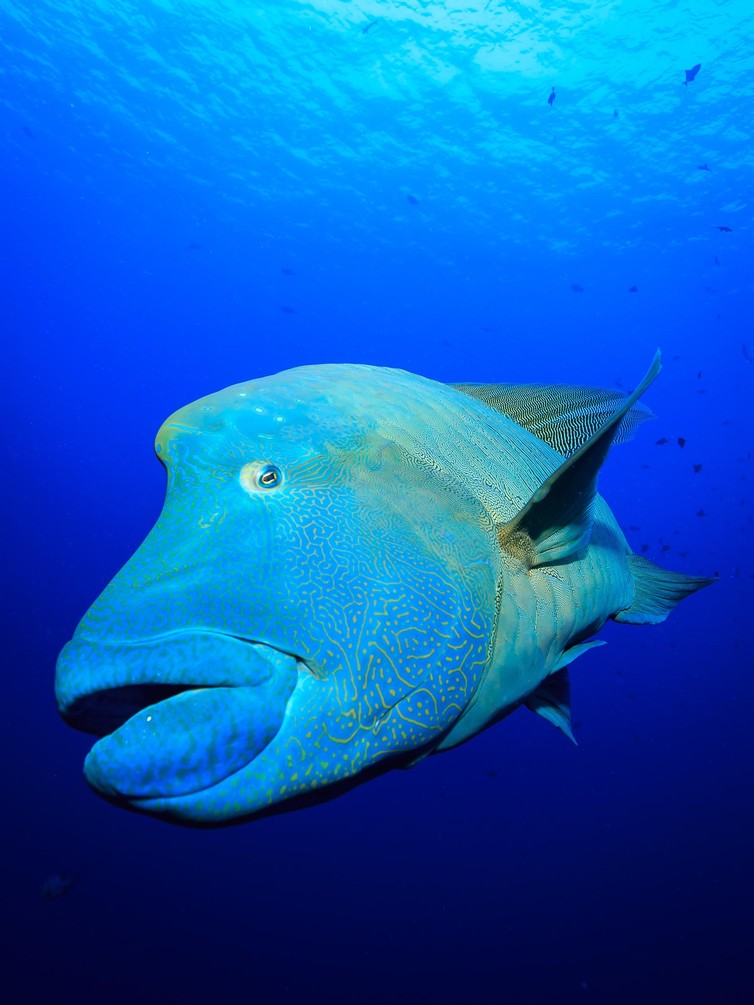 [Image Caption] Look after your fish, and they will look after you. Image by Tane Sinclair-Taylor

We wanted to learn what these bright spots were doing differently. Why were they able to withstand pressures that caused other reef systems to suffer? And could lessons from these places inform reef conservation in other areas?

Our preliminary investigation showed that bright spots (and their nearby human communities) generally had four crucial characteristics:

Importantly, the first two are malleable (for instance, governments can invite local people to become more involved with reef management), whereas the latter two are less so (it is hard to change people's livelihoods, and impossible to change the undersea landscape in a way that wouldn't devastate reefs in the process).

We also found some common characteristics of dark spots

We believe that the bright spots offer some hope and some solutions that can be applied more broadly across the world's coral reefs.

Specifically, investments that foster local involvement and provide people with ownership rights to their marine resources can help people develop creative solutions and defy expectations that reefs will just continue to get more degraded.

Conversely, dark spots can highlight the development or management pathways to avoid. In particular, it is important to avoid investing in technology that allows for more intensive fishing, particularly in places with weak governance or where there have already been environmental shocks like cyclones or bleaching.

The next step is to dig deeper into the social, institutional and ecological dynamics in the bright spots. By looking to the places that are getting it right – whether by accident or design – we can hopefully make the future a bit brighter for reefs the world over.