Water, water everywhere and not a drop to drink.

These words could not be more true, or ironic, given our planet Earth is covered by nearly 71% of water. Yet only 2.5% of that is fresh. Furthermore, just 1% of this freshwater is accessible and mostly trapped in glaciers and snowfields. So in actual fact, a mere 0.007% is available to the planet's 7 billion people.

Sadly, even with education and increased awareness of its shortage, water is still being used inefficiently today (it takes 15,400L to produce 1kg of beef1) – the scarcity of our water is an abstract concept to many, yet a desperate reality to the 663 million people without water access, half of which reside in Africa.

Globally, 6,000 children will die from water-borne illnesses every day, with diarrhoea the second leading cause of death among children under the age of 5. In addition to which, 160 million suffer from chronic and stunting malnutrition linked to unhygienic water2.

Designed and produced by Swiss-based Company, Vestergaard, LifeStraw is an intricate three-chamber, four-filter purification system. This upsized straw uses hollow microfiber technology to removes 99.9999% waterborne bacteria (including E.coli), 99.9% of protozoan parasites, and other health issues such as Hepatitis E, Typhoid Fever and Dysentery. Turbidity (muddiness) is also reduced down to 0.2 microns3.

Give me the lowdown

LifeStraw essentially uses a hollow fibre membrane that doesn't require chemicals such as chlorine or iodine. Using high pressure upon sucking through the straw, the water is forced through the narrow fibres, trapping bacteria, protozoa and other contaminants, which are then flushed out by backwashing.

To clean, simply blow a breath of air back into the mouthpiece to purge all remaining water trapped within the filter. Shake, shake, shake, and leave both ends uncapped to air dry at room temperature. 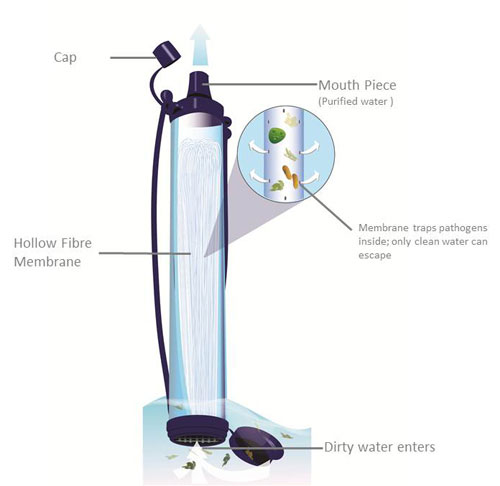 The Evolution of Ingenuity

LifeStraw evolved through a filter originally designed to rid of parasites causing guinea worm disease from unsanitised water. Fast forward some twenty-odd years to what is now an ingenious lifesaver, initially distributed to victims of aftermath disasters and underdeveloped countries, and capable of filtering out virtually all of the microbiological contaminants that kill 5 million people every year. Still not convinced? Have a read of the LifeStraw Evidence Dossier Internal Lab Report.

Additionally, it will never allow you to consume contaminated water – the flow rate will gradually decrease and will eventually stop filtering water once it has reached the end of its useful life. Pretty nifty huh? 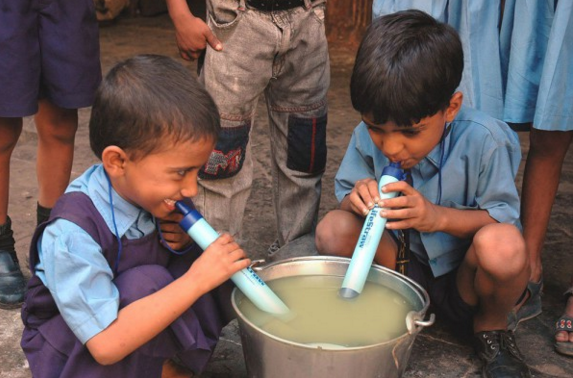 "Why not just boil water to eradicate these nasties?" you ask. Firstly, not only is it laborious and time-consuming, but boiling water only destroys pathogens; it does not remove turbidity or dirt. Not to mention it requires fuel and is not environmentally sound; Many people living in energy scarce situations use kerosene burners, the fumes of which, according to The World Bank are the equivalent of smoking two packets of cigarettes a day when inhaled. This is a huge issue for women, as it's the women in developing nations who are responsible for household duties such as cooking over the kerosene stove. The same study from The World Bank also found that two-thirds of adult females with lung cancer in developing nations are non-smokers. 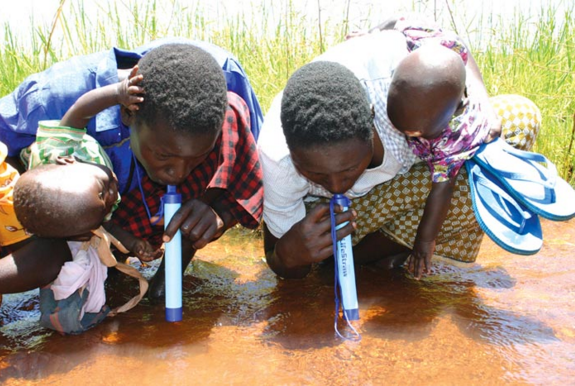 LifeStraw requires zero electrical power, batteries or replacement parts and has the ability to filter 1,000L of contaminated water into safe drinking water for one individual. That's enough to last well over a year. The LifeStraw Family 2.0, a high-volume point-of-use water filter, can purify up to 30,000L of water, enough to provide a typical family of five with sanitary drinking water for three to five years. 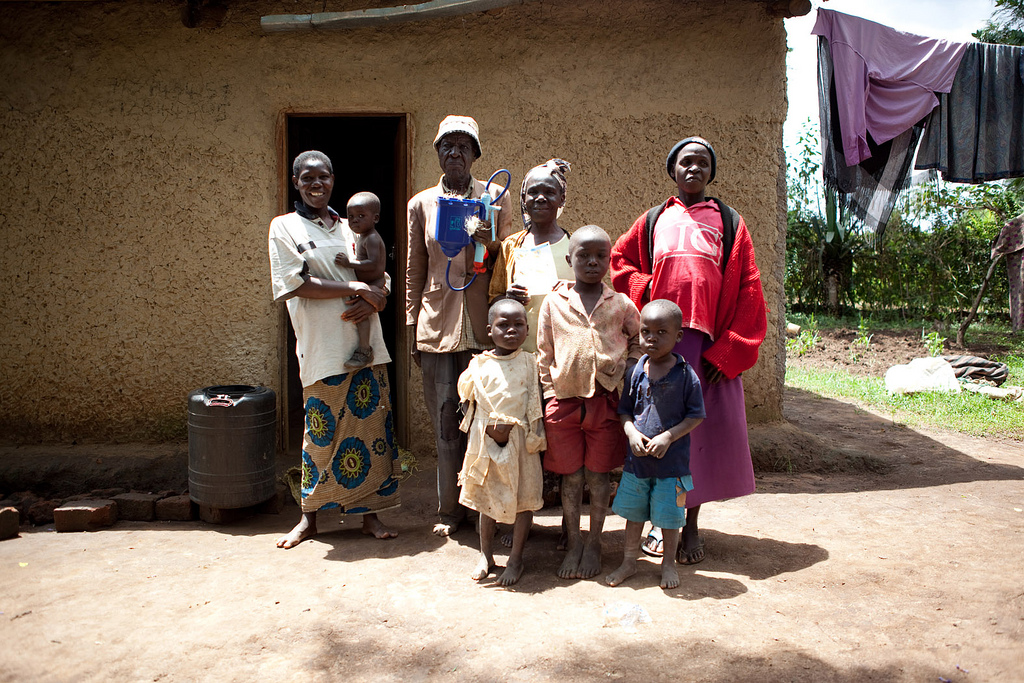 In 2011, the LifeStraw Company launched a campaign called Carbon for Water, whereby 880,000 LifeStraw Family water filters were donated to 91% in the Western Province, Kenya. That's 4 million people with uncontaminated drinking water! In exchange for each LifeStraw donated, the company earned carbon credits to offset carbon emissions produced from boiling water. The credits are then sold to companies in countries that have carbon gas and exchanges, "using international agreements about climate change to finance the mitigation of CO2 in the least developed countries." - Mikkel Vestergaard Frandsen – CEO Vestergaard.

From this campaign, an estimated 2 million tonnes, to potentially 20 million tonnes of carbon will be offset every year for the next ten years.4

Lastly, Follow the Liters! This is a program implemented by LifeStraw, where a portion of proceeds from consumer sales go towards the purchase of LifeStraw Community purifiers, which are then distributed to schools and developing countries. Carbon credits can also be purchased to reduce your own personal footprint and to provide safe drinking water for families in Kenya – details on their website.

The world's water crisis is unfathomably complex, with a plethora of related issues, and is often overlooked (unless in the aftermath of a natural disaster) due to its ongoing nature. We are all facing a water crisis globally. No matter the magnitude of a problem, we are never too small to make a difference – never underestimate the power of one. Be aware. Be responsible. Be Water Wise.

Hikers, trekkers, adventurers, everyone and anyone not wanting to be filtering bodily fluids Bear Grylls-styles, the LifeStraw products are also sold commercially – for every LifeStraw purchased, one school child in a developing community receives safe drinking water for an entire year, so get on to it!

If you want to see the product in action, check out LifeStraw CEO Mikkel Vestergaard Frandsen drinking cow poo-ridden waters! 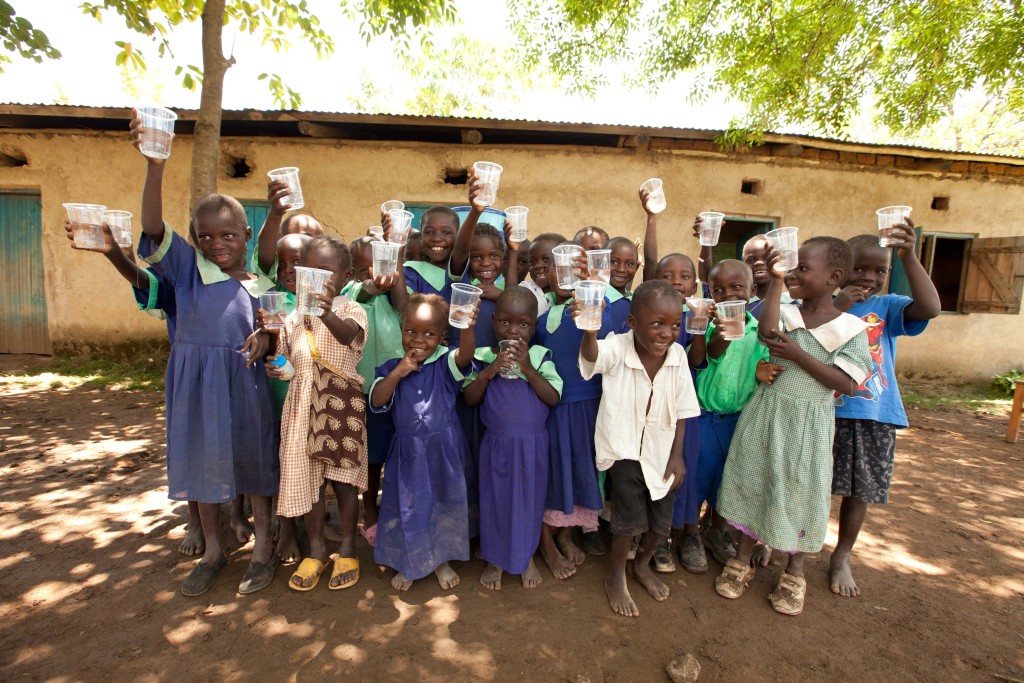 Katie Liew is your not so typical tweed-jacket wearing accountant who is currently dabbling in the marketing field. One of her greatest beliefs is to never underestimate the power of one and is passionate about leaving positive foot prints in people's lives and making a difference, even if it's as tiny as she is!

Read this next: Weaving A Home: How One Woman Can Save Millions Globally