Space trash! Not as cool as it sounds.

It sounds like some B-grade sci-fi movie I’d probably watch, but it’s actually a little more serious than that, and the International Space Station wants to fire lasers at it.

Space and lasers pretty much signs me on for anything, so this story caught my attention. We, the human race, are a gifted lot. We're working pretty hard on saving our planet from global warming and climate change, but as it turns out, we've messed with space too. Luckily for us, the International Space Station (ISS) has been working on a few solutions. So what's space trash, and why is it an issue?

Over the years we've left quite a lot of spacecraft debris behind on our many missions to space. There is now a growing cloud of debris that encircles the earth. The debris threatens the work and safety of the astronauts, and could do serious damage to their equipment and our satellites. Some scientists want to fit a large laser to the ISS to help fight the growing cloud of debris. Their plan is to use the Extreme Universe Space Observatory (EUSO) - coolest name ever – telescope that is already fitted to the ISS, and modify it so that it can be used to spot and track space trash. It will then shoot it with a powerful high-efficiency laser, releasing enough energy to create a plasma blast that will reduce the object's velocity to make it reenter the atmosphere and burn up. 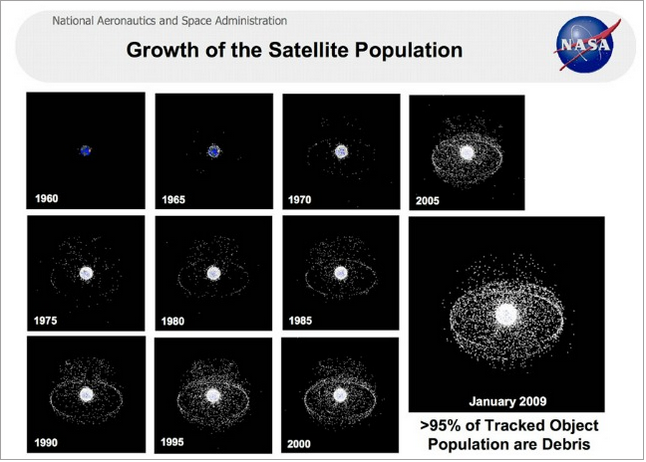 Mostly, the space trash comes from old satellites, parts from rockets, discarded junk and fragments from collisions. The total amount is estimated to be at about 3,000 tons. What is more, NASA estimates that the total number of pieces of debris in low-Earth orbit that are larger than 1 centimeter in diameter is over 300,000. Imagine it like 300,000 bullets, flying in all directions, low to Earth and very dangerous. 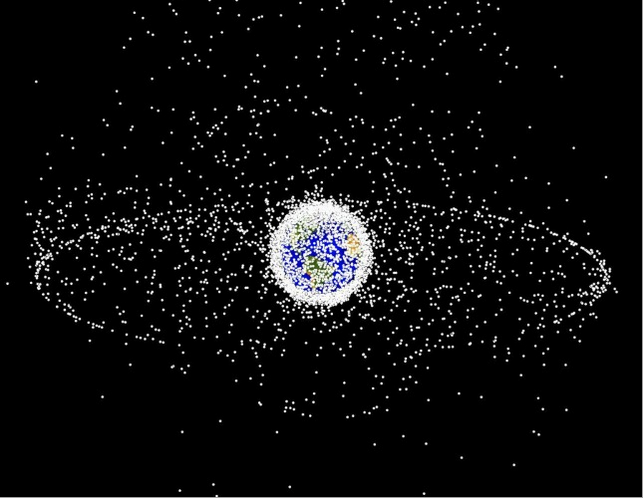 The "garbage removal" laser could potentially target objects up to 100km away. It is not known, nor closely studied, what impact the debris has on outer space – but we assume essentially nothing other than its impact on us when we're up there. So more than anything it's an outer-space example of how everything humankind does, ultimately affects humankind in one way or another. It will be interesting to see whether or not firing at the debris will have any negative environmental impact on the Earth's surface, but for now it doesn't seem like a bad idea. We need to clean up after ourselves, and it's great that the ISS is paying attention.