Is soy bad for the planet?

Everything that we consume has an environmental footprint, so what impact does soy production have on the planet?

While it's becoming popular to shock consumers with headlines such as "SOY IS DESTROYING THE RAINFOREST", the truth is much more nuanced than any catchy one-liner.

As one academic writes, "The short answer is that eating soy is almost always more environmentally friendly than eating meat. But there are still good reasons to pause before making tofu your only source of protein and patting yourself on the back for being green."

“Soy is a complicated little bean. In an individual’s diet, it can be a healthy source of protein and fibre. But as a global commodity crop, it can leave a devastating environmental footprint.”

So, perhaps you can think about it like this: soy is neither "good" or "bad", but like every product, it's about where you source it from. 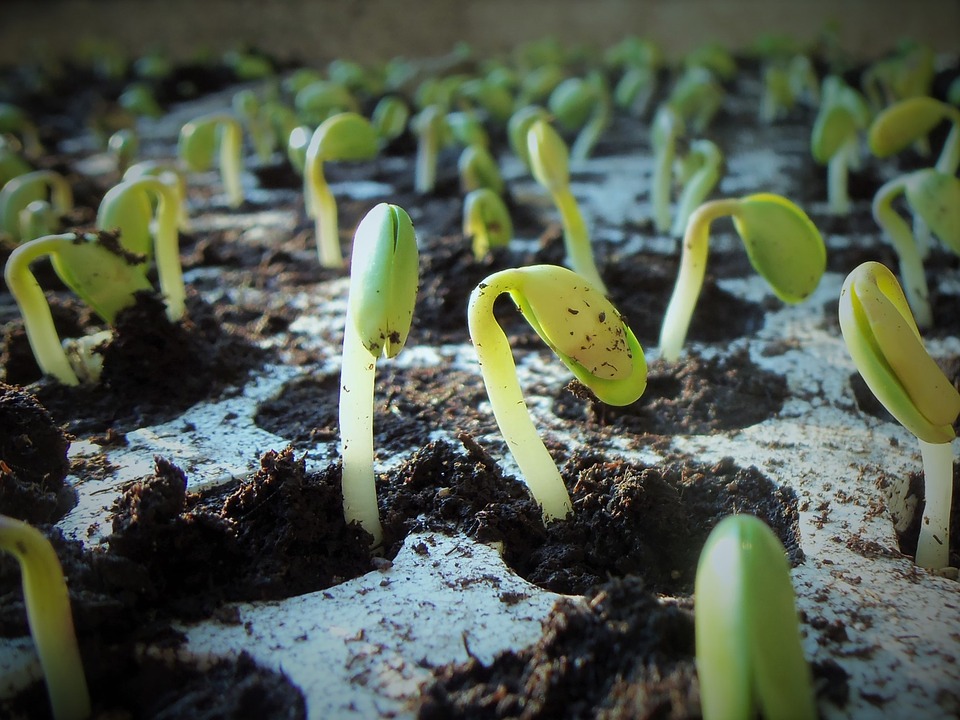 A bit about soy

Soy is commonly used as an alternative to dairy or meat, as an ingredient in vegetarian (and non-vegetarian) cooking, and as a "lighter choice" to full-cream dairy milk.

Soy is hailed for being a source of protein, which is especially useful for those who have cut out meat from their diet. Soy is also incredibly versatile, and can be purchased in the form of tofu, edamame, soya sauce, soymilk, flour… the list goes on!

While vegans cite animal welfare and environmental reasons for avoiding cow milk (which are both perfectly reasonable standpoints), "alternative milks often require lots of processing, and their primary ingredients may travel great distances to reach your refrigerator." Ergo, locally sourced soy products (as opposed to imported ones) are a good option for cutting down on food miles.

Frustratingly, most soy products in Australia are made from imported soy protein or soy isolate rather than the whole bean. The US, Brazil and China produce most of the world's soybeans, so if you live in these areas, you should be able to purchase locally-made soy products.

Soy can, however, be a better option if you don't have access to a local, minimally processed source dairy where the animals are raised humanely. If your choice is between soy and your standard factory milk, "a plant-based product would have a lighter impact on the planet than an animal-based one for the usual reasons: Veggie production uses far fewer resources than livestock." 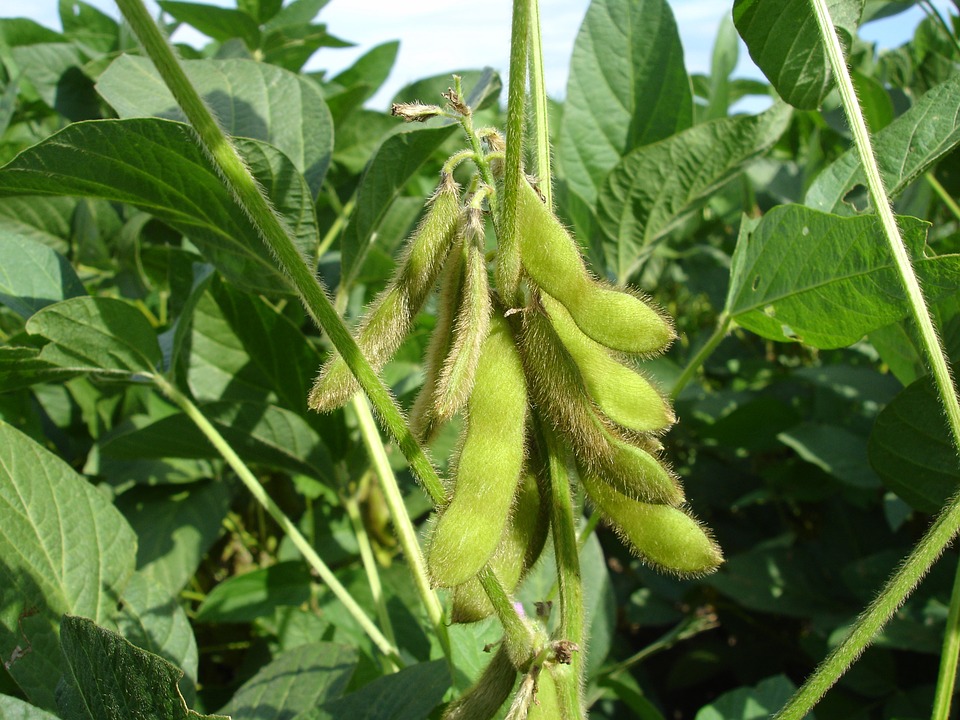 Soy needs reliable moisture to grow. It takes approximately 9500 litres to produce a tonne of soy beans and 297 litres of water to produce 1 litre of soy milk. Inorganic soy bean farms have a higher water footprint than organic due to irrigation.

Despite these seemingly high numbers, soy typically uses 28% the amount of water used for dairy production.

Soy production has been blamed for adding to deforestation in the Amazon rainforest. Conversion of forests to soy plantations (or any other crop, for that matter) in the Amazon is a threat to the climate. The Amazon's forests contain 90-140 billion tonnes of carbon. That's 9-14 years of current global, annual, human-induced carbon emissions.

Deforestation has flow-on effects for animals (eg. habitat loss), communities and health, so yet another good reason to choose local and sustainable sources of soy and other products.

Soy is mostly eaten by non-humans

Here's the stat that most people skip over when making an argument about soy. "It's all those people who want their soymilk who are destroying the rainforest," they say.

Well, actually, most of the 260 million tonne global soy crop is fed to animals or converted into biofuels. Why are those animals being fed soy? So that we can produce milk, eggs and meat. 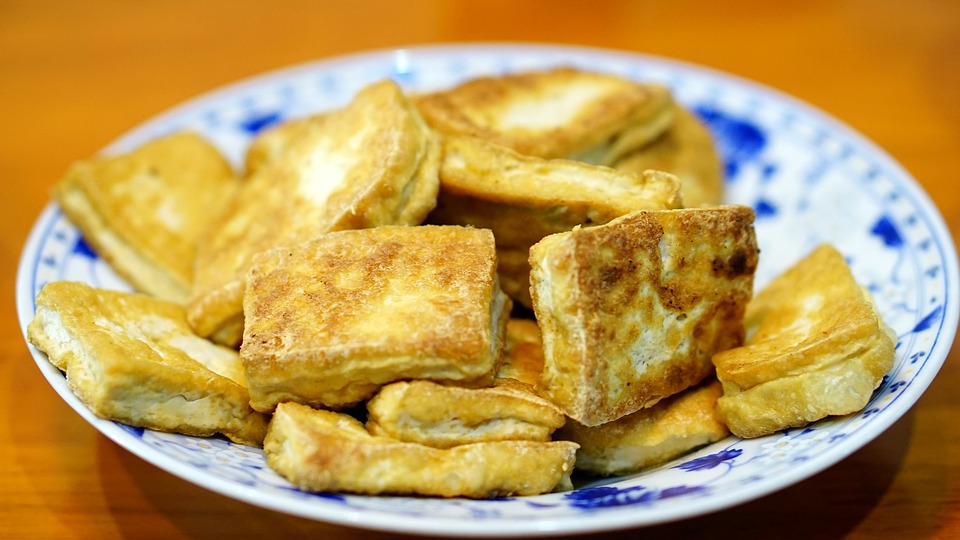 Today, more than 90 percent of the soy grown in the United States has been genetically modified, primarily to stand up to common herbicides. So if you prefer not to consume GMO produce, avoid soy unless it's certified non-GMO.

While genetically modified crops allow farmers to produce an abundant harvest, the extensive use of this practice is a much-debated one. For example, creating dependence on agricultural biotechnology, and there's also the argument that only wealthy companies and farmers can afford GMO seeds and plants.

According to this article, the three most discussed health risks of eating GM crops are allergies, gene transfer, and outcrossing (harmful cross-pollination between non-GM plants and the GM crops planted nearby, which can create crossbreeds that have not been certified for human consumption.)


However, there is considerable disagreement about whether these risks are likely and/or significant. The debate within the scientific community is ongoing, so be wary of anyone who claims to know the "truth" of the matter.

Read more about the debate here.


No food (or any other product, for that matter) will ALWAYS be a sustainable option. The things that we buy are linked to the way that they are produced, processed and transported. Like many environmental issues, there are no "easy" answers, so don't be fooled into thinking that an entire product or material is a sustainable/unsustainable option.

While you're figuring it all out, enjoy the best options that you have available to you, and keep in the loop about what science has to say.

READ THIS NEXT: Are Farmers Markets & Food Stalls Better At Avoiding Waste Than Supermarkets?