South Africa Just Had Another Successful Sardine Run- Here’s Why This Is Great News For People And Planet!

There's a good chance that if you don't live in South Africa you may have never heard of the sardine run. Well, it's kind of a big deal - the sardine run is a natural phenomenon, arguably the world's largest animal migration (in terms of sheer biomass!). Yea, it's big. And not just for the environment, but also for communities who rely on the run for income. So when scientists discovered that climate change was impacting the run, it had us worried. But there's some good news, this year it was back in full force!

What exactly is it?

The run occurs between May and July when billions of sardines migrate north up the coast of southern Africa. Their movement takes place in a band of cooler water trapped between the warm Agulhas current of the Indian Ocean and the coastline of South Africa, and they continue to pass along the coast until they reach Mozambique. The sardines group together when threatened, forming shoals which not only create a feeding frenzy for predators, drawing dolphins, whales, and sharks near, but also create countless jobs and tourism for the local economy.

What's happening to it?

Despite the sardine run having been recorded since 1853, very little is known about it from an ecological point of view, and some years it doesn't take place at all. Whilst many believe that this could just mean that the migration is taking place further offshore or at deeper conditions, a recent paper from scientists at the University of Witwatersand highlights that the dwindling number of runs could be caused by climate change.

The paper indicates how the number of failed sardine runs has increased in frequency over the last 66 years and has been delayed 1.3 days per decade since 1946. The delay coincides with 2 key factors that have been observed as a result of changing climates. The first is the movement of the Earth's climate zones towards the poles. In the case of Sardines, this means that the temperatures they favour (21 °C) is shifting upwards out of their habitat. The second factor is related to regional sea surface warming, the timing of ENSO (the El Niño/Southern Oscillation) conditions and the decrease in frequency of tropical cyclones. A delay in all of these factors are results of climate change, and is why periodic animal and plant cycles, such as this one, "represent one of the most robust bioindicators of climate change" 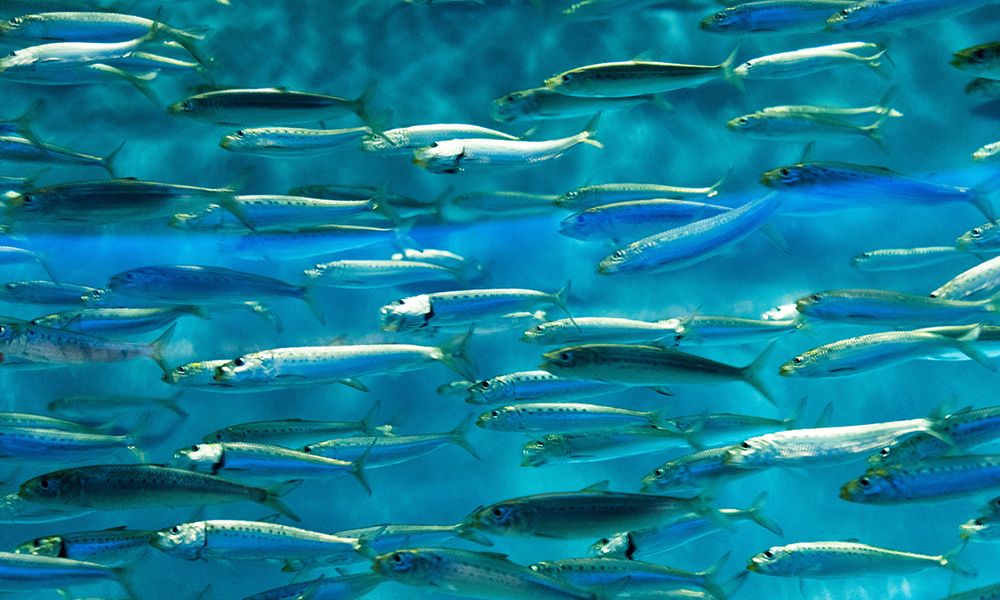 People and planet: why the sardine run matters

The sardine run is an important event not only from an environmental point of view, but because a huge number of people and small businesses rely on it for food and income. If the sardines arrive later than expected or worse, not at all, fishermen and their supply chains are put under huge financial strain. The tourism industry also feels this effect as the many visitors who come to see the feeding frenzy are left with nothing. And similarly, the predators who come to feed on the sardines are left with dwindling food supplies, a term known as species mismatch. This is an increasing effect of climate change which occurs when shifts in timing prevent predators and their food from interacting at similar times and locations.

Although the sardine run is something that can rarely be measured in exact numbers, Dr Ryan Daly, member of the Oceanographic Research Institute (ORI) and Ugu South Coast Tourism (USCT), stated in an interview for IOL that it "it's the most sardines I've ever seen on the KZN South Coast". He also explained that due to climate change, "many scientists were worried that bumper sardine runs were a thing of the past, so it's fantastic to see the surge in activity. It should bode well for a great season." This year the sardines were first spotted in East London in the Eastern cape and travelled roughly 550km to Ramsgate, Kwa-Zulu Natal, where the first reported netting took place. Since then sardines were netted in over 6 towns along the south coast of KZN, and in doing so not only offered relief for many affected by hunger following the Coronavirus pandemic, but indicated that climatic changes are not yet past the point of no return! The 2020 sardine run hopefully is a sign that there is still time to support, follow and save one of earth's most awe-inspiring migrations.

If you are interested in following this years Sardine Run or learning a bit more about it, Follow the twitter page @sardine_run, or take a look at the KZN sharks boards in depthmedia releases.

Fran is a young South African journalism graduate passionate about the outdoors, and getting other people to enjoy them with her. She loves paddling down long rivers, exploring big mountains and consuming bulk quantities of peanut butter.

Read this next: Everything You Need To Know About Food Sovereignty