The secret of successful energy storage!

Written by Emma Sutcliffe, a Melbourne-based journalist and climate change activist with the Climate Reality Project who believes grassroots action is the answer to government inaction.

If you're lucky enough to have solar panels on your roof, you probably love all that clean, green power at your fingertips and the satisfaction of claiming a (small) victory over your energy bill.

Of course, the downside is that while solar is great during the day when the sun is at it's peak, most of us are at work or school and can't really take full advantage of all that sunshiny goodness.

Basically a giant battery, an energy storage system harvests energy and charges up during the day to then provide you with power as you walk in the door in the evening. And while most of us will eventually have energy storage backed up by electricity grid connection, the truly exciting part of this technology are the off-grid applications.

Imagine whole new Australian suburbs without overhead or underground wires, where homeowners have their own personal solar power station tucked away in the garage. No more worrying about the electricity bill and no more annoying energy company sales calls! 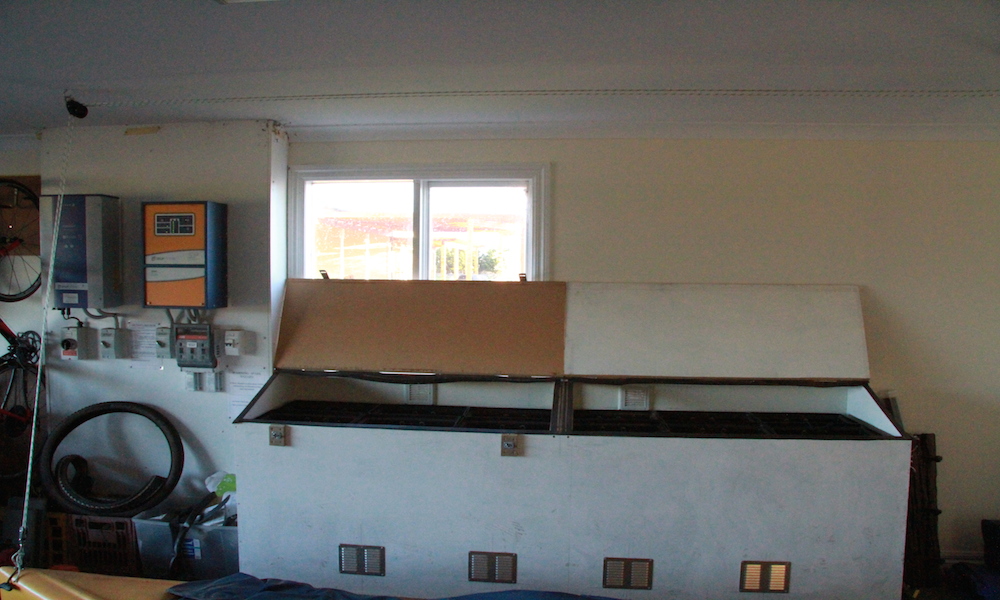 While it's my idea of energy utopia, I find that many people are worried about going off-grid - in particular, they're concerned about running out of power.

So, let me introduce you to the reality my family and I have been enjoying for the last three years in our Off Grid Solar House. That's two teenagers, two adults, two plasma screen TVs and a phalanx of other energy-guzzling electrical appliances in a normal 38 square family home that's never been short of power, even in the dead of winter.

We have 30 PV panels on the roof and a large battery bank that takes up roughly the space of a 8- seat dining table located in the garage. In 2012 when we built our home, the battery bank cost a cool $35,000; as a measure of how quickly energy storage technology is moving, it would now be about a third cheaper. And costs are falling.

The secret to successful energy storage solutions for your home is working out how much power you use each day. If you really wanted to, you could live off-grid in a home with ten plasma screens and a tumble dryer in every room as long as you know how much you power you need and have your off-grid solar system designed and installed to supply that demand.

So, how do you work that out?

There are some great appliance and energy calculators online, including the Victorian Government site Switch On. By keeping track of what you use over a few weeks, you'll be able to shop around for a solar supplier with an accurate power-consumption estimate that allows them to build a system that meets your power needs.

This type of power storage is an incredibly exciting and rapidly developing technology that will revolutionise home power consumption within the next few years.

READ THIS NEXT: Tesla's battery could revolutionise the way we use energy