Richard Branson: Saying the Great Barrier Reef is ‘in danger’ could be just what it needs

This is a post from Sir Richard Branson for 1 Million Women.

There are some places in the world that are so magical that if they didn't exist in real life, it would be hard to even try to imagine them. The Great Barrier Reef in Australia is one of them.

The first time I dived in this wondrous place, I felt as if I had entered a fantasy world where creatures and colours of the most amazing and diverse nature danced around me in this underwater coral paradise. 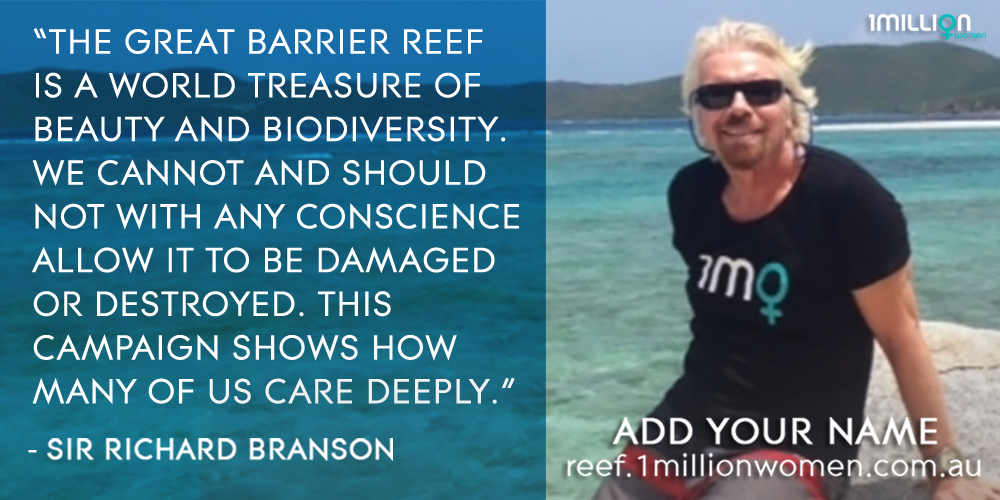 The Great Barrier Reef can be seen from space and is home to thousands of species of fish, 400 species of coral, as well as one-third of the world's soft corals, 134 species of sharks and rays, six of the world's seven species of threatened marine turtles and more than 30 species of marine mammals, including the vulnerable dugong. No wonder it is one of the Seven Wonders of the World.

Yet, as with most things these days, this natural beauty is now under severe threat and I have been asked to lend my name to a campaign that at first sight may seem counter-intuitive. The advocacy group 1 million-women is urging the World Heritage Committee this June to list the Reef as 'World Heritage in Danger' to stop further irreversible damage, and to protect it for generations to come.

The reef's plight like many others is unbearably sad. Since pre-industrial times, the ocean has absorbed around a third of humanity's carbon dioxide emissions making it the largest carbon sink on the planet. As a result, the ocean is becoming more acidic. And, now the Great Barrier Reef is being totally overwhelmed by climate change impacts through a destructive combination of heat-driven coral bleaching, ocean acidification and tropical storms.

In addition, it is under attack from the Crown of Thorns starfish, which has been responsible for massive coral cover loss. And then there is nutrient and chemical laden run-off from farming and mining on land. The cumulative results are shocking. Since being listed as a World Heritage site in 1981, for its 'outstanding universal value' an estimated and shocking half of the reef's coral mass has already been lost. 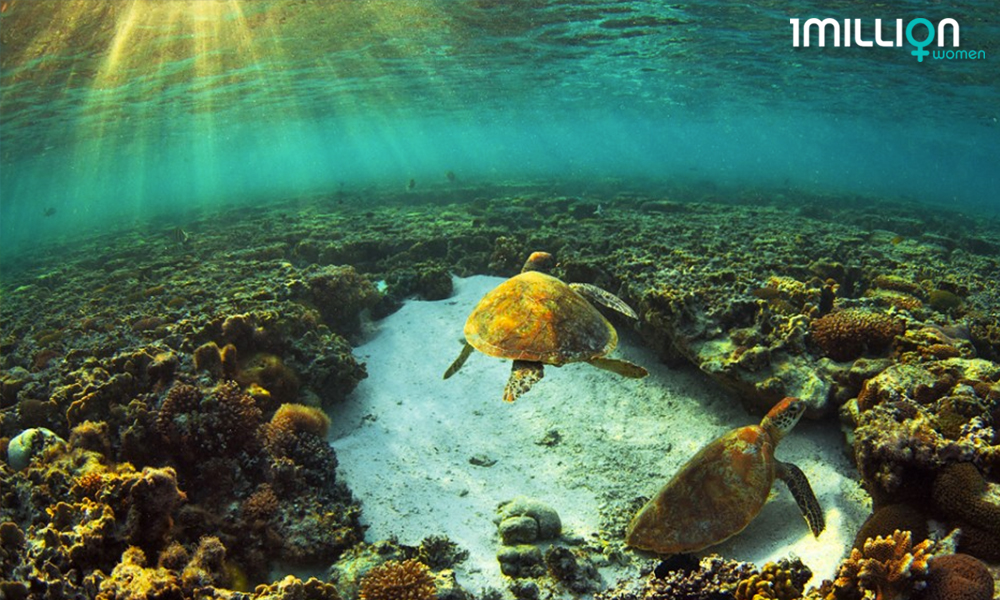 On top of all of this, the massive industrialisation of the adjacent coastline for coal and gas ports is adding even more development pressures, including plans for dumping millions of tonnes of dredge waste into reef waters. I fail to understand how the Great Barrier Reef a World Heritage Site, could be turned into an industrial dumping ground.

In June 2015, the UNESCO World Heritage committee will meet in Bonn, Germany to decide if the precious Great Barrier Reef should be put on the 'World Heritage in Danger' list. World Heritage sites are special, and the responsibility for their protection is shared globally by all of us.

Next month, two of my fellow Ocean Elders, Nainoa Thompson and Graeme Kelleher, will be visiting the Great Barrier Reef together. This is a planned stop of the Worldwide Voyage of the Polynesian double-hulled voyaging canoe, Hōkūleʻa.

Hōkūleʻa has been sailing for 40 years and 150,000 nautical miles using ancient non-instrument navigation techniques of Polynesian seafarers. Nainoa embarked on this voyage around the world to bring traditional and new technologies together, and find the stories of hope and positive work being done for our oceans and environment that can help us all map a new course.

He has often talked about how Pacific Islanders depend wholly on the health of the ocean. And as world citizens, everyone's future depends on our ability to care for our ocean. While in the Great Barrier Reef, they will share underwater imagery and stories that highlight the importance of protecting these natural and cultural treasures.

Please join us and add your signatures to safeguard the Great Barrier Reef and the ocean at large. 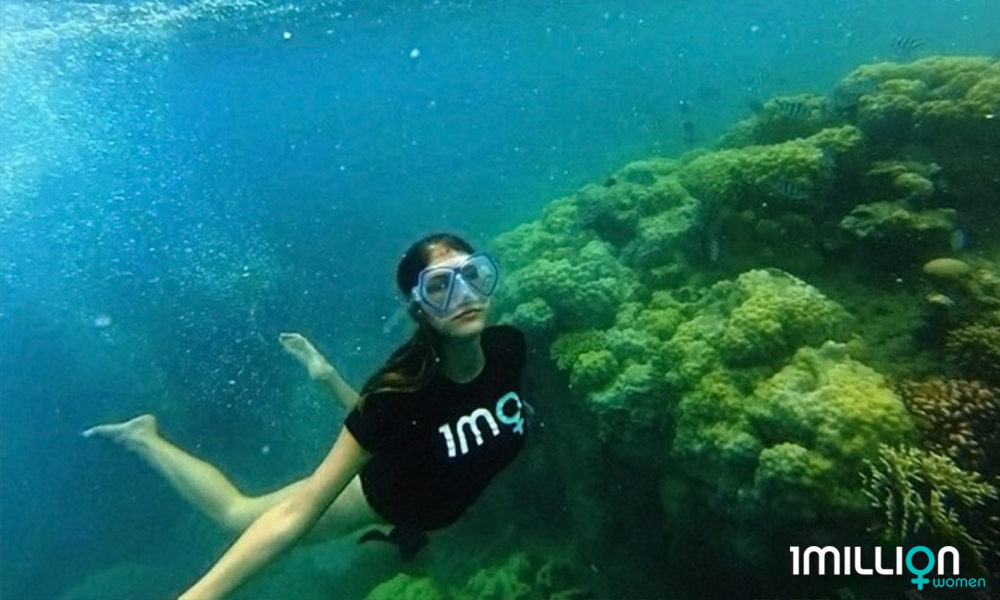 OUR CAMPAIGN TO DECLARE THE REEF 'IN DANGER'

1 Million Women have been campaigning over the past 6 months urging the World Heritage Committee to declare the Great Barrier Reef as 'World Heritiage in Danger' to protect it from reckless industrialisation of the Queensland coastline for dirty coal and coal seam gas, and by chronic climate change threats.

You can help us reach 100,000 signatures for our open letter before June!

Help us get to 100,000 signature before JUNE to urge the World Heritage Committee to declare the Reef 'IN DANGER' 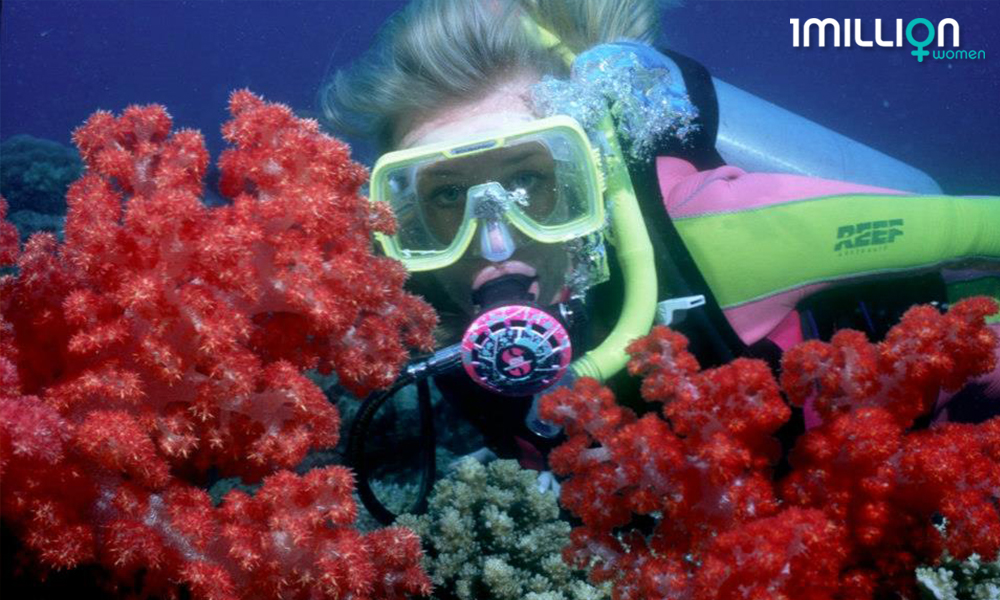