A novel way of monitoring air pollution in London has taken flight. The Pigeon Air Patrol has set loose a legion of winged "scientists", complete with small backpacks containing sensors that measure levels of nitrogen dioxide, and several other pollutants.

This is just the latest in a range of high-profile citizen science projects that use small, low-cost air quality sensors (not all of which are strapped to pigeons). If the media hype is to be believed, start-up companies from London to San Francisco are now using these sensors to provide detailed information on air pollution levels where people actually live and work.

The ambition is to create a democratisation in information, better informing the public and enabling lifestyle decisions that limit their exposure – and creating data that pressures local authorities to clean up the air its residents breathe.

This is big news when you consider that in the UK alone air quality is estimated to be responsible for over 30,000 premature deaths a year.

The UK government currently invests significant money into measuring real-time air pollution at around 150 air quality monitoring sites, where highly trained personnel operate expensive, high-tech instruments. The costs run to many millions of pounds a year – but why bother when a flock of pigeons could provide a much higher density of measurements for a fraction of the price?

Atmospheric scientists love their gadgets and invest significant time and money in developing and running equipment to measure the chemical composition of the atmosphere. Yet very few have embraced this apparent sensor revolution – and even fewer have published data on them in scientific literature.

Despite the user-friendly apps, clever websites and considerable media publicity with crowd-sourced funding, virtually none of this new monitoring tech – pigeon-borne or otherwise – has supporting evidence that it can provide accurate measurements in the real atmosphere. The assumption being that it must be – and very few people have any way of checking for themselves.

We have spent the past 12 months at the Wolfson Atmospheric Chemistry Laboratories looking into just how well these low-cost air monitoring sensors perform, with an interesting result: when relying on data from these sensors you must be very cautious indeed.

We exposed different sensors to a wide range of chemicals and conditions that they would encounter in the real world, and compared the data with more established technologies. The majority of sensors tested did indeed respond to the chemicals they are designed to measure and, after calibration, could measure realistic ambient concentrations in short, controlled laboratory experiments. But we also found that many of the sensors also responded to a whole range of other pollutants and that responses from these chemicals could swamp the device and give artificial readings.

We also saw large sensor-to-sensor variability: 20 identical commercial air quality sensor units running side by side for two weeks reported pollution numbers that differed by up to a factor of ten.

Overall, our results found that the quality of the data fed back by some low-cost sensors can be misleading – often reporting pollution to be worse than it actually was – and, in some cases, completely wrong. 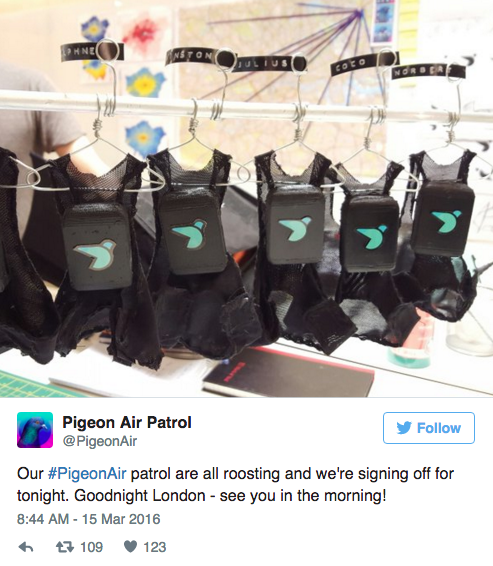 As an atmospheric chemist, whose career has been spent building and testing instruments to measure chemicals in the atmosphere, the results from these experiments were no great surprise. Our atmosphere is an incredibly complex mixture and the concentrations of pollutants are actually very low. For example, the current EU air quality guideline for nitrogen dioxide is about 20 molecules in every billion.

Atmospheric measurement technology is constantly improving and miniaturising, but over the decades improvements have been gradual and incremental. In my opinion, this new approach in air pollution sensors is simply trying to leap too big a gap in one go.

Are these just the complaints of an elitist scientist, moaning about the public getting in on our research area? Perhaps these sensors are just a bit of fun? It all depends of course on how the data are used. If the aim is to simply engage public interest in the issues, then perhaps the quality of data doesn't matter. But what if an asthma sufferer makes medication decisions based on the read-outs of their local sensor?

If the road outside your house was closed because of a high pollution warning from a sensor, you would want this to be based on the most accurate data available. In many developing countries low-cost sensors are being installed to manage often-chronic air pollution problems in place of more expensive traditional monitors. Should policy and investment in these places be based on technologies without acknowledging their weaknesses as well as their strengths? Even the UN Environment Programme has promoted a low-cost pollution sensor, but has never published real-world data that demonstrates the sensors work in this application.

If we can cut through the hype, there really is fantastic potential for sensor systems in understanding human exposure, managing emissions and supporting effective policy. Undoubtedly these sensors work to some degree but, like all measurement science, the hard yards need to be done in the lab first in order to understand how this technology performs in the complex mixture that is our atmosphere. Less emphasis on websites and apps and rather more on characterisation and calibration will ultimately help solve some of these problems.

Pete Edwards is a research fellow at the University of York

Read this next: Why I left my job to work in landfill