The Paris Climate Conference is also a conference for world peace

Looking to Paris for future stability

In December, representatives from around 200 nations will gather in Paris for COP21, a UN Climate Change conference focused on creating a global plan for sustainability in order to ensure the future health of the planet (and people).

A central concern is stopping the global temperature from rising by 2 degrees Celsius, which is the limit that most scientists can agree that beyond which, the Earth will experience irreversible damage to the environment.

If such damage DOES occur, what will this mean for global stability?

According to Michael T. Klare, Professor of Peace and World Security Studies at Hampshire College, "a failure to cap carbon emissions guarantees another result as well, though one far less discussed. It will, in the long run, bring on not just climate shocks, but also worldwide instability, insurrection, and warfare."

COP-21 should be considered not just a climate summit but a peace conference, perhaps the most significant peace convocation in history.

Why environment and peace go hand in hand

When the environment changes, it has a flow-on effect. We can observe this quite easily in a small ecosystem.

I can remember traveling to a Greek island and noticing a huge number of insects everywhere, including wasps that had a terribly nasty sting. When I asked a local why there were so many wasps, they replied it was due to so many birds leaving the island. Why had the birds left? Not enough fish. Why weren't there enough fish? Water too polluted.

If we apply the same thinking on a global scale, we can start to imagine outcomes such as these:

Hotter temperatures -> water evaporates quickly and isn't replaced by rain -> local waterholes dry up -> people have to walk further and further to get clean water -> people spending more time looking for water than, for example, going to school or working

The scenario above takes us into the poverty cycle: 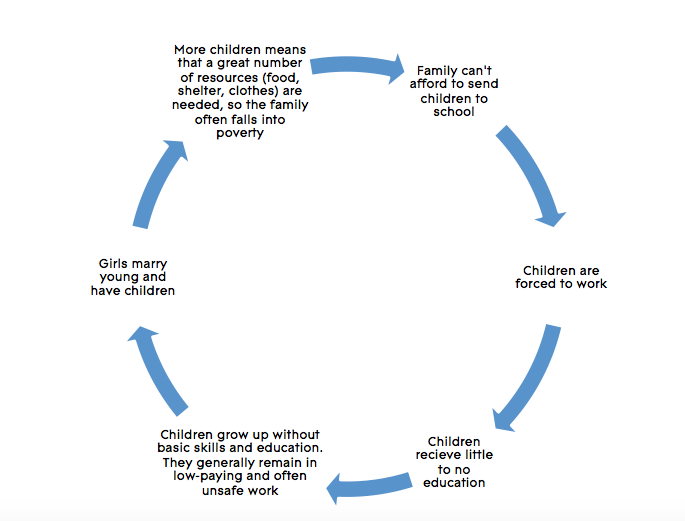 Of course, this is only one such story. For another, take a look at how Syria's refugee crisis is significantly the result of a drought. 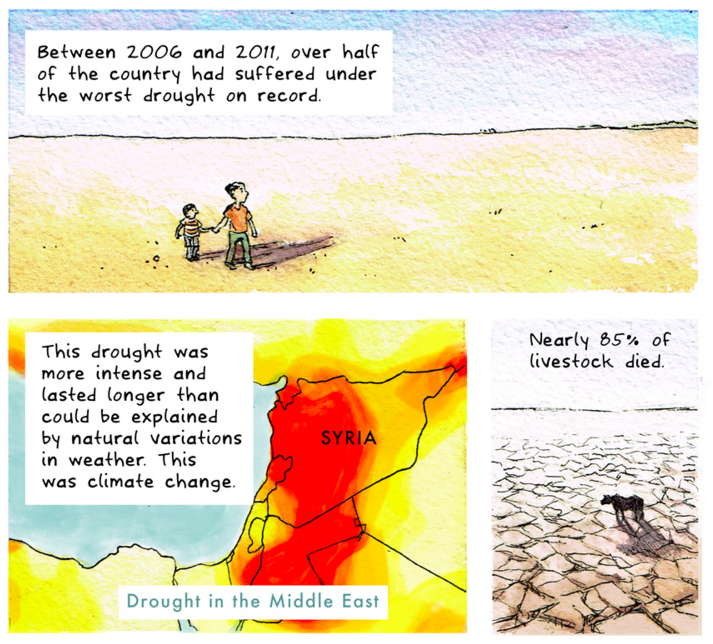 Above: A powerful comic produced in partnership by Years of Living Dangerously and Symbolia Magazine looks at one of the hidden issues behind the Syrian conflict: climate change.

The threat of climate change

According to a report from the Intergovernmental Panel on Climate Change, "Climate change is an important factor threatening human security through undermining livelihoods, compromising culture and identity, increasing migration that people would rather have avoided, and challenging the ability of states to provide the conditions necessary for human security."

Human security will be progressively threatened as the climate changes

"Societies will begin to buckle under the strain of economic decline and massive refugee flows… Combine the effects of climate change with already existing poverty, hunger, resource scarcity, incompetent and corrupt governance, and ethnic, religious, or national resentments, and you're likely to end up with bitter conflicts over access to food, water, land, and other necessities of life."

Read more from the report here. 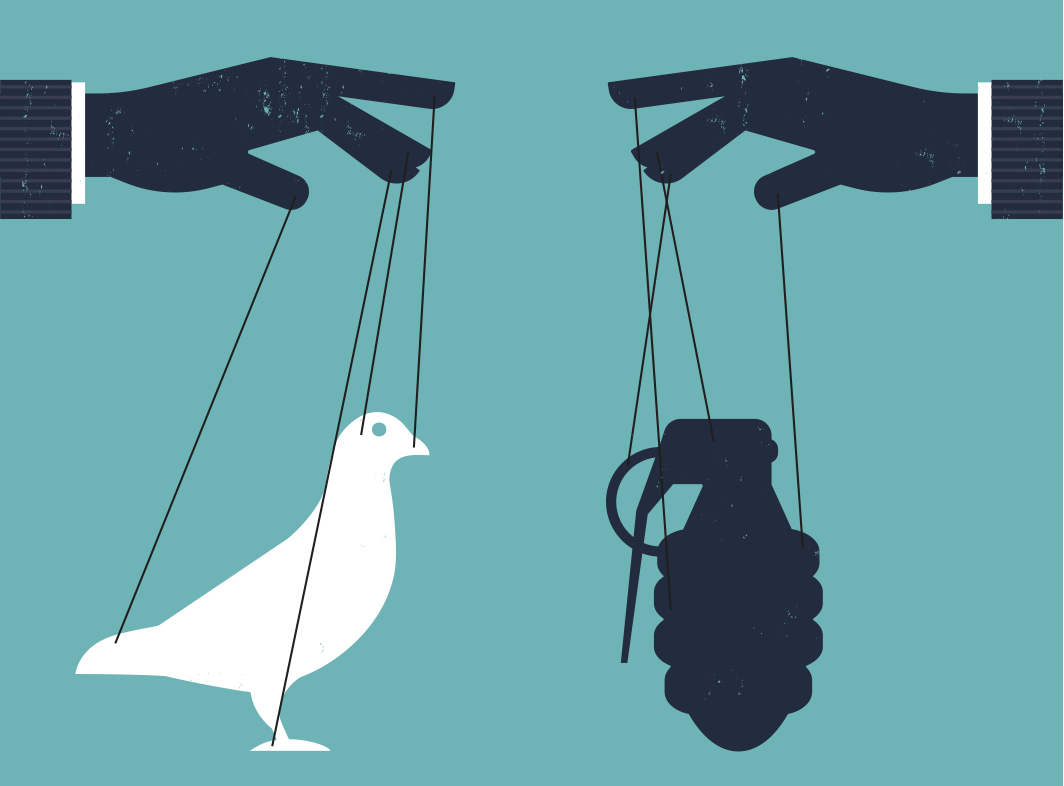 Why Paris is a Peace Conference

If we accept that humans, like the rest of the environment, are going to be impacted by climate change, what is the direction forward?

First of all, we need to slow down the pace of climate change, as well as the severity of future (and present) impacts. "This is why," writes Klare, "the Paris climate summit should be viewed as a kind of preemptive peace conference, one that is taking place before the wars truly begin."

When it comes to Paris 2015, it's time to take global action to save the planet.

To be clear, this isn't just about saving the trees or a few species of birds, but the entire future of humanity.

Be sure to keep informed by checking out our Paris blogs, which follows the lead up to the talks.