Palm Oil at its worst: The hairless Sun Bear has passed away.

If you’ve been following us for a while, you probably know all about the hairless Sun Bear.

*some images may cause distress 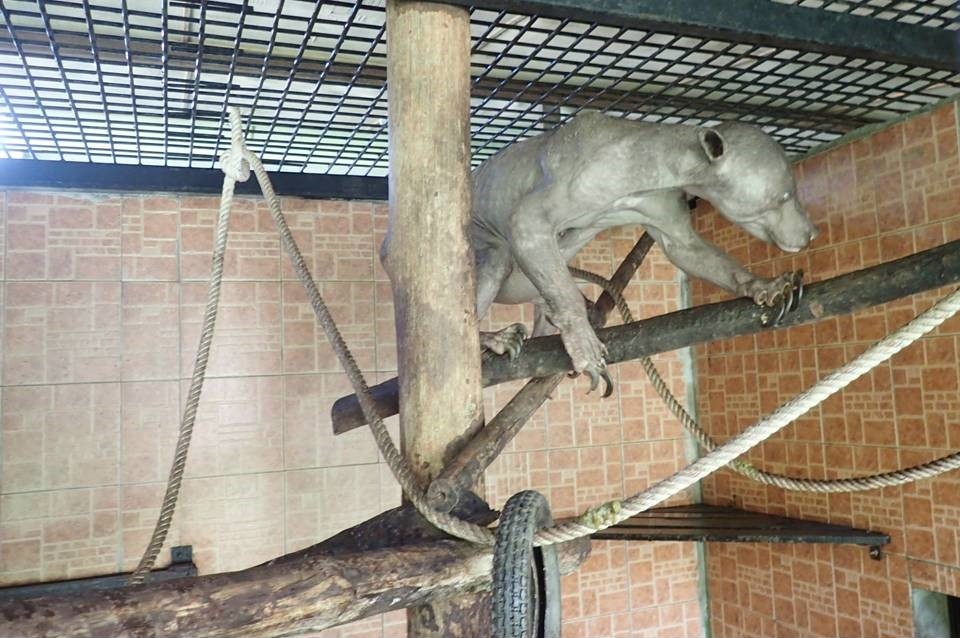 After being found by plantation workers the Sun Bear was taken in by Malaysian authorities. From there they began to rehabilitate the deformed and malnourished animal. She was suffering from internal and external parasites, according to Protect Orangutan, and had tapeworms as well. She was suffering from serious anaemia, and many of her claws and teeth were damaged.

Her parasites were able to be treated and she was fed a wide range of soft food, and for a while she was improving – putting on weight, gaining muscle tone, even growing some of her hair back. She was never very comfortable around humans, and was thought to be quite an old Sun Bear. They left her to her own devices for most of the time so to reduce her stress, only visiting to administer vitamins and feed her soft food (soggy dog biscuits and porridge were her favourites). 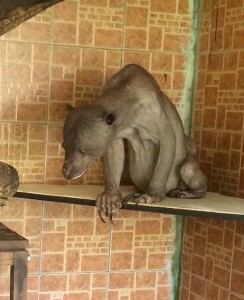 Unfortunately, she began to stop eating, and after passing away an autopsy revealed that she had 'cancerous growths' in her digestive system. It is believed that she did not suffer in her final weeks. She was given food, water and plenty of rest in a calm environment. We are happy that she was at least saved with enough time to allow her a comfortable passing.

However, I am absolutely outraged that beautiful creatures like this Sun Bear are the collateral damage of the palm oil industry. I cannot believe that any industry is so important that we ignorantly jeopardise the lives of wild animals. I am truly saddened by the impacts palm oil plantations have had on this poor Sun Bear's health. 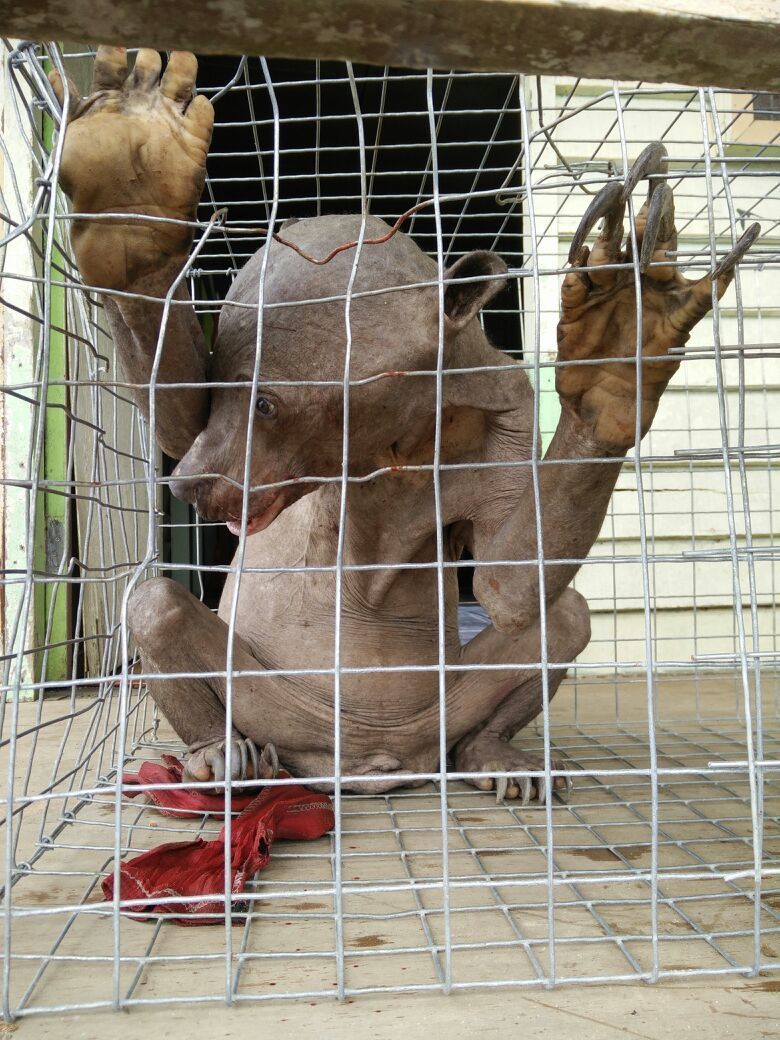 The good thing is, we can do something about it every day. Palm oil is everywhere in Australia, and it is difficult to spot it on a label. You can start helping the Sun Bears and other endangered animals by reading our blog on how to avoid buying palm oil products. You can also read up on some other harmful impacts that palm oil plantations have here. For something a little more straightforward, we have comprised a list of ingredients that are definitely made with palm oil.

We are all very upset by this terrible news, but we are now all the more determined to fight back against uncertified and unsustainable palm oil farming. We are going on a trek to the Sumatran jungle just to learn more about it! You can come with us if you're interested! We will stop at nothing to make sure no more of these beautiful bears are hurt by the impacts of palm oil.

[header image from The Star] 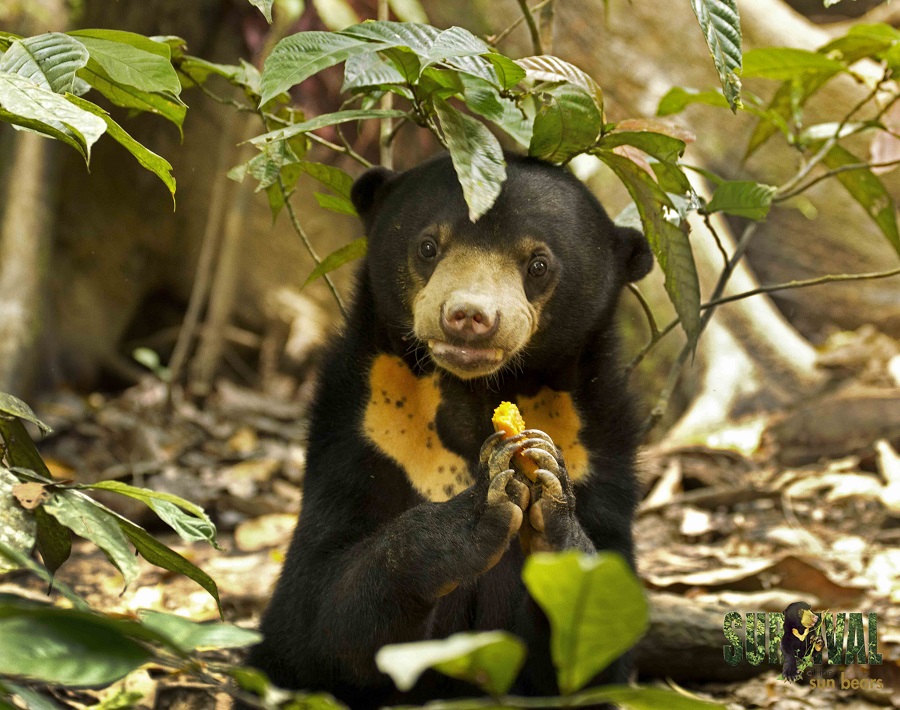 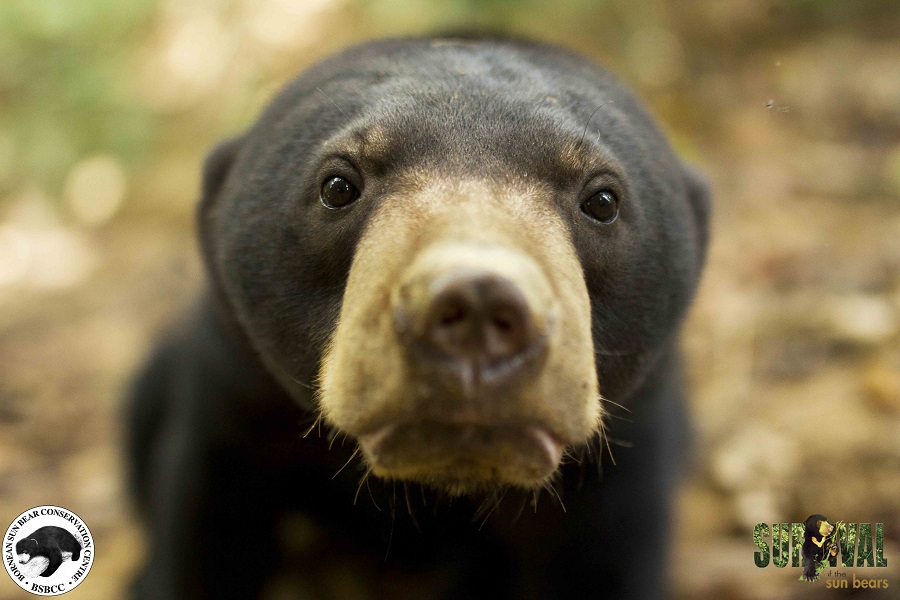