An open letter to Tony Abbott about THAT wind turbine comment

I voted for you.

Yes I did. And it took you less than a month to make me regret it. My apologies for the harsh opening, but there is something floating around on the internet today that makes me a little irate. I'm not sure if you're on Facebook, or Instagram, or at all plugged into the social media (or just general media) sphere, but people aren't too happy about something you said on the radio.

No, it wasn't the whole winking-for-the-sex-worker debacle.

No, not that time you described the job market as the 'holocaust'.

It was the comment you made to Alan Jones about wind turbines having 'potential heath impacts'.

It was yesterday morning on 2GB radio when Alan Jones brought up the subject of his distaste for wind turbines. You said that you agreed with the fact that there are potential health risks, but that you couldn't reduce the number of wind turbines any more than you already had without permission from the Senate. You then reassured Alan that you got a good deal by reducing the renewable energy source, otherwise "we would have been stuck with even more of these things."

I am less irritated by the statement and more irritated by the tone of the whole thing. You don't exactly make an effort to appeal to the environmentalists and climate change activists of Australia with your attitude toward renewable energy. So as someone from that community, I have a few questions:

What impact does Abbot Point have on the Great Barrier Reef?

Is dumping dredge spoil into our oceans not a concern?

Are you aware that Australian regulations are in place to make sure wind farms are built at least 500 metres away from a household?

Did you know that wind turbines built 1500 metres away from housing have the same decibel range of household devices and traffic?

You are aware that the National Health and Medical Research Council has an entire statement dedicated to the evidence suggesting turbines don't directly link to health impacts, right?

I guess the fact that it would take 157 days to clean up if we had an oil spill is low priority, right?

What's being put in place for when global warming shifts the South Australian climate to look like the North?

Do you think dirty power plants are as ugly as wind turbines?

If you're so concerned with money, why not acknowledge that coal-fired electricity costs AU$2.6 billion annually?

Were you aware that wind turbines in rural areas creates employment, education and clean energy where it's needed most?

I feel very left out when it comes to having my voice heard. I feel like the Australian government doesn't care. Wind turbines are an incredible way to reduce our carbon footprint, and they are proven to be the better option when it comes to environmentally friendly energy. The fact that you dislike them, or think they're ugly, is irrelevant. And yes, there may be health concerns – but if houses and turbines are built within regulation none of this will never be an issue.

Sometimes I feel like being PM would be difficult, but I really do believe you could be approaching a topic like this with a little more grace. When I went to the voting booth I wasn't too sure how to vote, and went with you because my family is Liberal, but I had no idea how let down I could be, as a young person, after seeing what my vote has done.

When Triple J asked Dr. Karl whether he thought wind turbines were detrimental to human health, he responded:

“Only when they fall on you.” 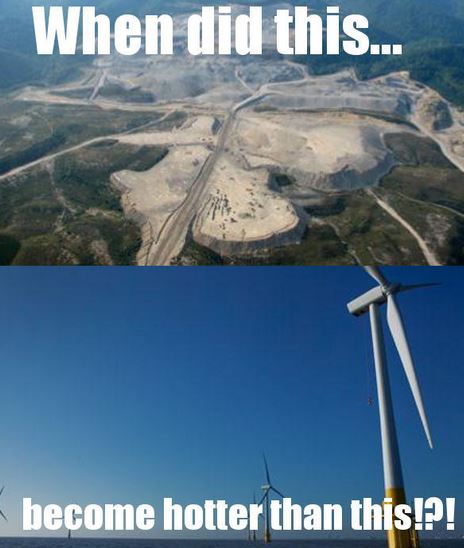 Purchase 100% GreenPower for your home

4,760 Tonnes of CO2
savings pledged
Pledge to do this