Electricity powers our lives. From the moment our alarm clock rings in the morning to when we switch off our lamp before bed - we all rely on the powerful grids that keep our cities running. And while we often may not have a choice about whether we use electricity or not, we can choose what fuels our power. If you're living in Australia, your electricity is probably being created by burning fossil fuels. Nearly all of Australian energy is provided this way, with coal dominating the mix. This unfortunately means that the majority of Australia's electricity is fuelling climate change. But we're also a country of abundant natural resources, and we're the country with the fastest uptake of household renewable energy. We can all join this renewable movement, we can opt into a future powered by clean energy and we can take power into our own hands. And that's exactly what Caroline Pidcock did.

Typically, Caroline is up at 6am and out the door for a morning swim, she's one of those people who is on top of everything. Recently, she moved into a new apartment in Sydney and it's no surprise that she did her best to fit the place out with climate-friendly, low-impact appliances. She's not only the chair of the 1 Million Women board but is also one of Australia's leading sustainable architects - so she knows her stuff!

Her apartment is fitted with energy efficient LED lights, she installed ceiling fans so that air conditioning wasn't necessary, converted to an electric induction stove top and also bought a drying rack since the apartment has no outdoor space for drying clothes. The energy that surges through Sydney's cables and up to Caroline's apartment however has a bigger climate impact than her appliance choices. Caroline's thought of this too though. 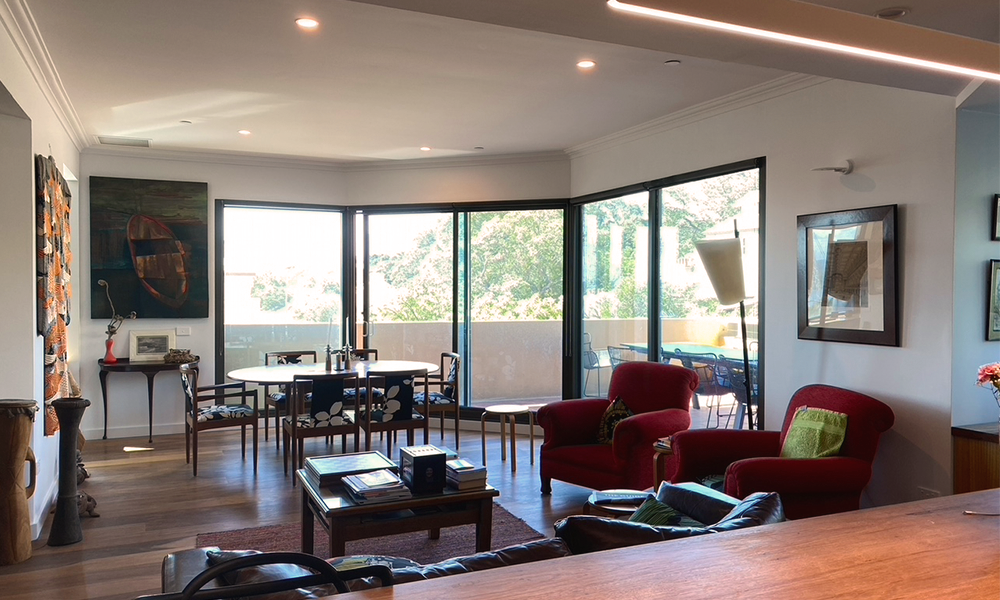 Caroline switched over to 1 Million Women's energy partner and community led, clean energy champions, Enova Community Energy just a couple of weeks ago, but she wasn't with just any company before them. True to form, her former energy company provided clean, renewable energy, which Enova does too, but Enova have something more - community. Enova uplifts communities and helps turn consumers of energy into the producers of energy, so we can all generate and share clean energy. Yep, in a way that means that instead of a big energy company sending you power from who knows where, with the Enova community energy model, it could be coming from your neighbour in the not too distant future! As Australia's first Social Enterprise Energy provider, they will also invest 50% of their profits into community renewable energy projects, education and energy efficiency services. And this difference is what Caroline really loves about them.

"I think that this sort of model for taking energy out of the hands out of the really big players and making it more accessible by more people is a really good idea." she told me.

And how great is that, taking the power away from the big guys and putting it literally into our hands (viva la revolution!). Another highlight for Caroline is that Enova is a women-led business, and who doesn't love to support women doing amazing things!

Ok, but how hard is it to switch energy providers?

Switching is so easy. It seems unbelievable that it could be as simple as clicking a couple of buttons online, but it really is as simple as that. You click a button online, type in your postcode and that's pretty much it. Enova wants you on board as part of their community, so they do the heavy lifting and boring admin work for you! After you've signed up online, they give you a ring (it takes around 10 minutes) and take you through everything, from how the company works to the costs you can expect.

On the call Caroline said Enova asked for details like her address and energy usage, adding that having an electricity bill on hand would be useful (but not essential) for anyone having the call. During the call Enova also chat to you about solar energy - whether you have panels, would like solar panels, or just want to source your energy from renewable sources - and they can help advise the best offer for your household's needs. Caroline lives in an apartment, so having her own solar panels isn't on the horizon, which still completely works under Enova's model - she'll be a consumer of the renewable energy they supply, rather than a producer. They also get details of your previous energy provider, so they can close your account with them and switch everything over to Enova. It's so easy, the busy 1 Million Women team are even switching over - and our founder Natalie Isaacs is next to make the switch!

Becoming leaders in clean energy together

Choosing energy that helps build a safe climate is a top priority for Caroline. Pricing is important too, but she told me that between energy companies, pricing is all roughly in the same ballpark. Using purchasing power to vote for the kind of world we want to live in is important to Caroline, and Enova's ethics allow her to put money into a company with a vision she believes in.

"Every time you spend money, you are putting money into something. So that money is validating something, and you've got the power of buying better or worse and I think we all need to take more responsibility for putting money where we believe it is doing a better job and not spending it where we think it's not doing a good job" Caroline said.

Enova started as a way for communities to help build a safe climate and future. They're about people and planet, not profit. They help us take power back, away from big companies and fossil fuel giants and put that energy into our communities, harnessing the clean power that is so abundant in sunny, windy Australia.

We hope you'll consider looking into where your electricity is coming from, and if you're in NSW, make the switch to Enova! At the moment, for every person who makes the switch, Enova Community Energy will donate $50 to 1 Million Women to help us build our movement. Plus as an added bonus, you'll get a $25 credit on your first Enova bill!

Get all the info you need from Enova Community Energy and make the switch!