The Climate Institute has released a report looking at how Australia would compare with other developed countries in 2030 under the government's and the ALP's carbon pollution reduction targets.

The analysis of Australia's targets against other countries found Australia would be in the following positions in 2030:

Under government targetsAustralia would have the highest emissions intensity of any developed economy and significantly high per capita pollution - of the G20 nations, only Saudi Arabia would be comparable.

Under ALP targetsAustralia would not have the highest emissions intensity and per capita pollution would be close to others, such as the US. 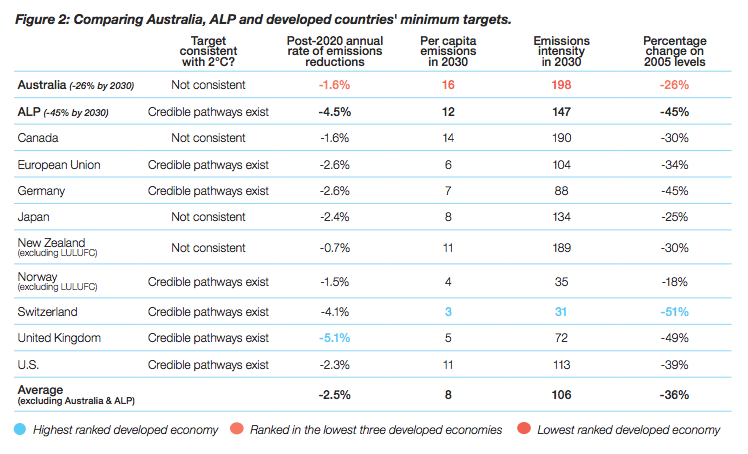 The bottom line is that Australia is still lagging way, way behind when it comes to sustainability. We didn't even make it into the top energy efficient nations in the world!

What's so frustrating is that renewable energy is ready to supply all of Australia's electricity. We already have the technology, but our leaders are resisting much-needed change.

READ THIS NEXT: Why we need a 'space race' approach to saving the planet