Mexico City's local authorities are cracking down on car use after three days of alarming air pollution, the first in over a decade. 1.1 million of vehicles in the Valley of Mexico, including nearly 450,000 in the capital, have been banned from use.

The alert saw officials warning residents to stay indoors in order to avoid worrying levels of ozone (almost twice as much as what is considered healthy), and a "muddy brown haze" cloaking the city.

[Images] Your photos of air pollution and clear skies 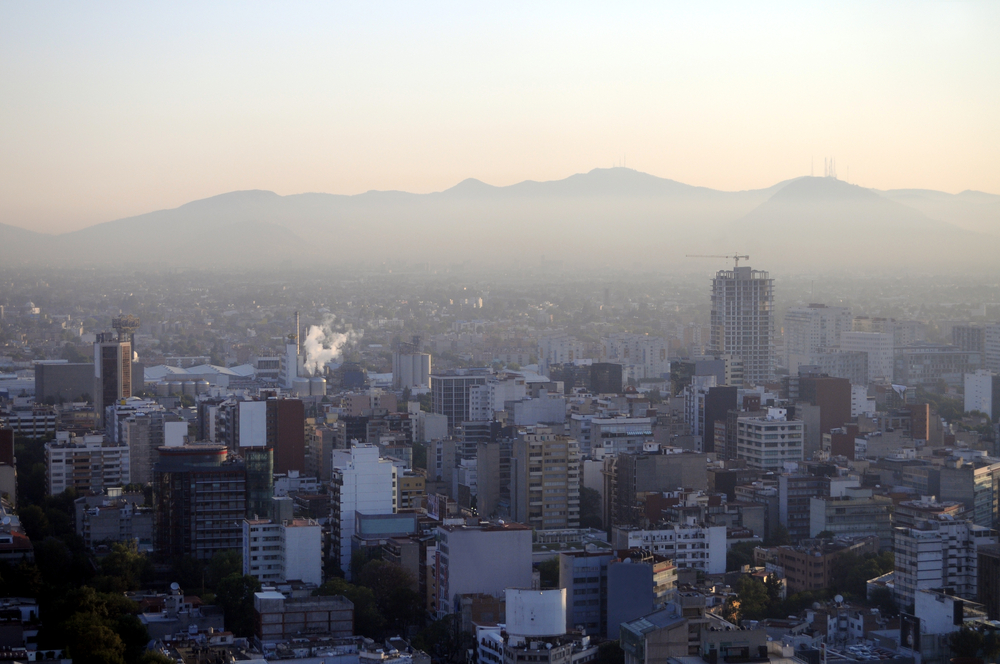 Many residents have taken to covering their mouths and noses with masks and scarves in an attempt to keep the smog out of their lungs.

According to The Guardian, "environment secretary, Alejandro Pacchiano, said measures would be considered if conditions did not improve further, such as suspending industrial activity at factories."

In an attempt to encourage reduced car use beyond the bans, some public transport options have been made available free of change.

When the sky looks hazy or foggy, it's because there are tiny airborne particles that are blocking your view. These particles could be solid matter (such as dust, dirt or soot) or tiny droplets of water.

Some of these particles are natural, normal and safe: a misty morning in the rainforest can be beautiful! Other phenomena such as bushfires and dust storms contribute to declines in air quality, but the world has been managing these processes for billions of years.

However, humans are also putting their fair share of dirt into the air. Driving your car, burning coal and spraying fertilisers (as well as a host of other domestic and industrial activities) all contribute to a decline in air quality. Unlike natural processes, the planet doesn't yet know how to cope with this amount of pollution.

Not all of this pollution can be seen: some particles are so small that they can only be seen under a microscope. This means you could be in a heavily polluted area and not even know it.

READ MORE: Air pollution facts that will leave you gasping