Meet the inspiring people who live with almost no possessions!

A brief history of consumerism...

Let's look at consumerism in retrospect, hoping that its brief and tragic reign is now officially over, and we can move into a new era of minimalism!

Rampant consumerism began when advertising grew in prominence, when Capitalists realised that there were too many goods being produced, but not enough consumers. So, they decided to warp human values with the misconstruing idea that we need things to make us happy.

It went on like this for many years, item after item ended up in landfill, people bought mountains of "things" at Christmas time and birthdays and every other day of the year. However, this did not fill the void and the people of the developed world lost their minds.

Then one day people decided that happiness is not found in things, and you can own less and actually be a lot happier. And so the age of minimalism began.

Meet the people at the forefront of this movement... 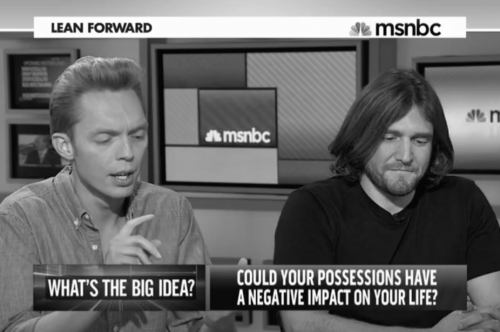 These guys are the quintessential members of the new minimalist age, meet Joshua Fields Millburn and Ryan Nicodemus. They explain that minimalism isn't necessarily about having less, but "Rather, we focus on making room for more: more time, more passion, more experiences, more growth and contribution and contentment. More freedom."

Josh and Ryan decided to quit their careers in the corporate world and seriously question what makes them happy, which they discovered meant living with less stuff and gaining more freedom. Their website is full of essay's and writings on how you can get rid of stuff and adopt this new outlook on life. The question they pose is, What if everything you ever wanted isn't what you actually want?

This 69-year-old woman decided to remove money from her life and only live with a few possessions. For 16 years Schwermer, has lived completely without money.

She was a former schoolteacher and psychotherapist and ran a successful swap and barter shop. She quit her job in 1996, moved out of her rental home and gave away all her possessions except what she could fit into a single suitcase and backpack. She has travelled around the world since, trading gardening, cleaning and therapy sessions for food and a place to sleep. She has written many books about her nomadic experience, and she then gives all advances and profits away on the street or to charity 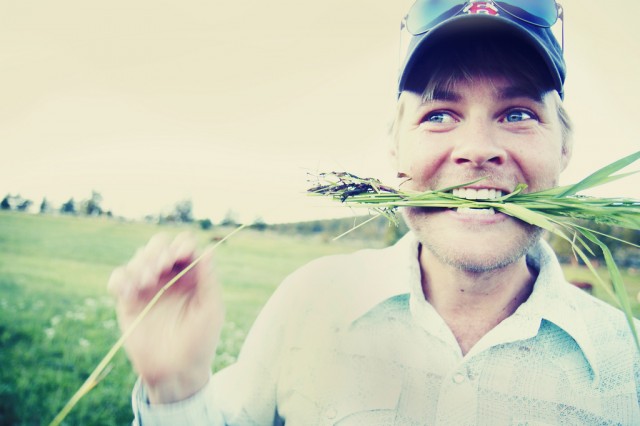 This Author and vagabond is the proud owner of 15 material possessions (not including socks and underwear). Hyde has his own blog where he writes about how to live cheaply and with less. He has written a successful book on travel. He is a vagabond and a minimalist. "Minimalism is equally easy as it is boring to do," he writes on his blog.

"What shirt today? The one I didn't wear yesterday. Once you get used to simplicity, the complex normality others have becomes the audacious thing."

If he can get rid of all his possessions and travel 42 countries, then anyone can! I have an original Adidas jacket (one of my far too many possessions) that says "Impossible is Nothing", while me and my friends laugh at this I think it's appropriate here.

Reduce what you buy and always ask: Do I really need this?

Over-consumption and waste in our throwaway society are placing an intolerable strain on the planet's natural resources and environment, with climate change a major symptom of the problem. Wherever we can replace 'stuff' with 'experiences', and physical goods with 'virtual' ones, the more CO2 we'll be saving.

2,876 Tonnes of CO2
savings pledged
Pledge to do this!