2021 marks 150 years since Marion Mahony Griffin (MMG) was born and 100 years since the inception of the garden suburb of Castlecrag. It is a time to celebrate MMG's amazing contribution to Australia in general, and Castlecrag specifically. Marion had a lifelong interest in and love of nature, the environment and spirituality, along with a passion for art and making community. They all came together in the creation of Castlecrag, showcasing how they can all contribute to healthy and happy living.

In an increasingly materialistic and environmentally challenged world, the dynamic and creative community that was Castlecrag in the interwar years provokes questions about our own values and how lessons might be learnt from the unique planning, environmental and community philosophies that guided the community. Can we aspire to different ways of living, where we are more connected to nature? How can the way we live contribute to the environment?

Born in Chicago in 1871 Marion Mahony was the second woman to graduate in architecture from MIT, Boston in 1894. She subsequently worked in Frank Lloyd Wright's Oak Park office for over 10 years, developing the captivating Japanese-influenced rendering style that helped establish Wright's reputation. Until recently, she received little credit, with Wright referring to her as 'a talented apprentice'. In Wright's office, she also designed furniture, lighting and interior schemes, and when Wright departed abruptly for Europe in 1909, she completed several of his residential projects.

It was in Wright's office that Marion and Walter Burley Griffin met, the latter employed by Wright 1901-06. Married in 1911, Marion and Walter shared many core beliefs and values – the importance of community life, respect for nature, the potential of architecture to express democratic and spiritual ideas, and a wish to live modestly and simply.

In 1912 they won the competition to design Canberra, Australia's capital city, the judges citing the beauty of Marion's superb watercolour drawings, now in the collection of the National Archives. Relocating to Australia in 1914, the Griffins set up practices in Melbourne and Sydney, working jointly on a number of projects – Newman College, Café Australia, Capitol Theatre – while Walter struggled with the bureaucrats to implement his innovative plans for Canberra.

With the termination of his leadership role on the Canberra project Walter, with Marion and a number of shareholders, formed the Greater Sydney Development Association and in 1921 purchased 650 acres (263 hectares) of land on the Sydney Harbour foreshore in the areas now known as Castlecrag, Castle Cove and Middle Cove. Construction of the first modest sandstone houses began the same year with the last dwelling, the Duncan house completed in 1934. 14 Griffin houses survive in Castlecrag but there were designs for many more, some quite substantial.

In many ways Marion and Walter, and the Castlecrag community, were ahead of their time, foreshadowing the 'alternative living' ethos of the 1960s and 70s. In Castlecrag there were 'no fences, no boundaries', care for the bush environment was a communal activity and children were encouraged in healthy, outdoor creative play. Marion played a pivotal role in initiating community events such as the popular plays staged at the open-air theatre – the Haven Theatre - built by the residents, as well as bush regeneration expeditions, lectures and social outings. She also managed the GSDA office, training staff, supervising drawings and showing prospective buyers and the many curious visitors around the estate. Castlecrag attracted artists, actors, bushwalkers, conservationists and those with left-leaning political tendencies.

The Griffins lived in Castlecrag for ten years before relocating to India in the mid 1930s. After Walter's death in Lucknow in early 1937 Marion returned to the solace of the Castlecrag community but left permanently for Chicago the following year. Here she compiled her 'magnum opus', 'The Magic of America', an extensive and eclectic memoir of her life that is now accessible online and a valuable archival research resource. Marion died in August 1961.

What can we learn from her life and legacy?

Learning from Marion, it is useful to consider how we can improve our current neighbourhood and house development.

Ideas to consider include:

- How big do we need our homes to be?

- How can they be better organised to deliver the utility we need?

- How can we better connect, engage and restore the landscape we live within?

- How can we bring more nature into and around our homes and apartment buildings?

- How can we bring more nature into our streets?

- How can we strengthen our community through the buildings we live in by opening up to each other in our public settings?

- How can we connect with other people and places to share our unique and different resources?

This could help us consider the broader lenses:

- What would it mean for the people of this city to thrive?

- What would it mean for this city to thrive within its natural habitat?

- What would it mean for this city to respect the wellbeing of people worldwide?

- What would it mean for this city to respect the health of the whole planet?

These are things we can consider in a post-Covid environment where recovery will ideally also set us up to deal with the even more disruptive outcomes that climate change poses if unaddressed. 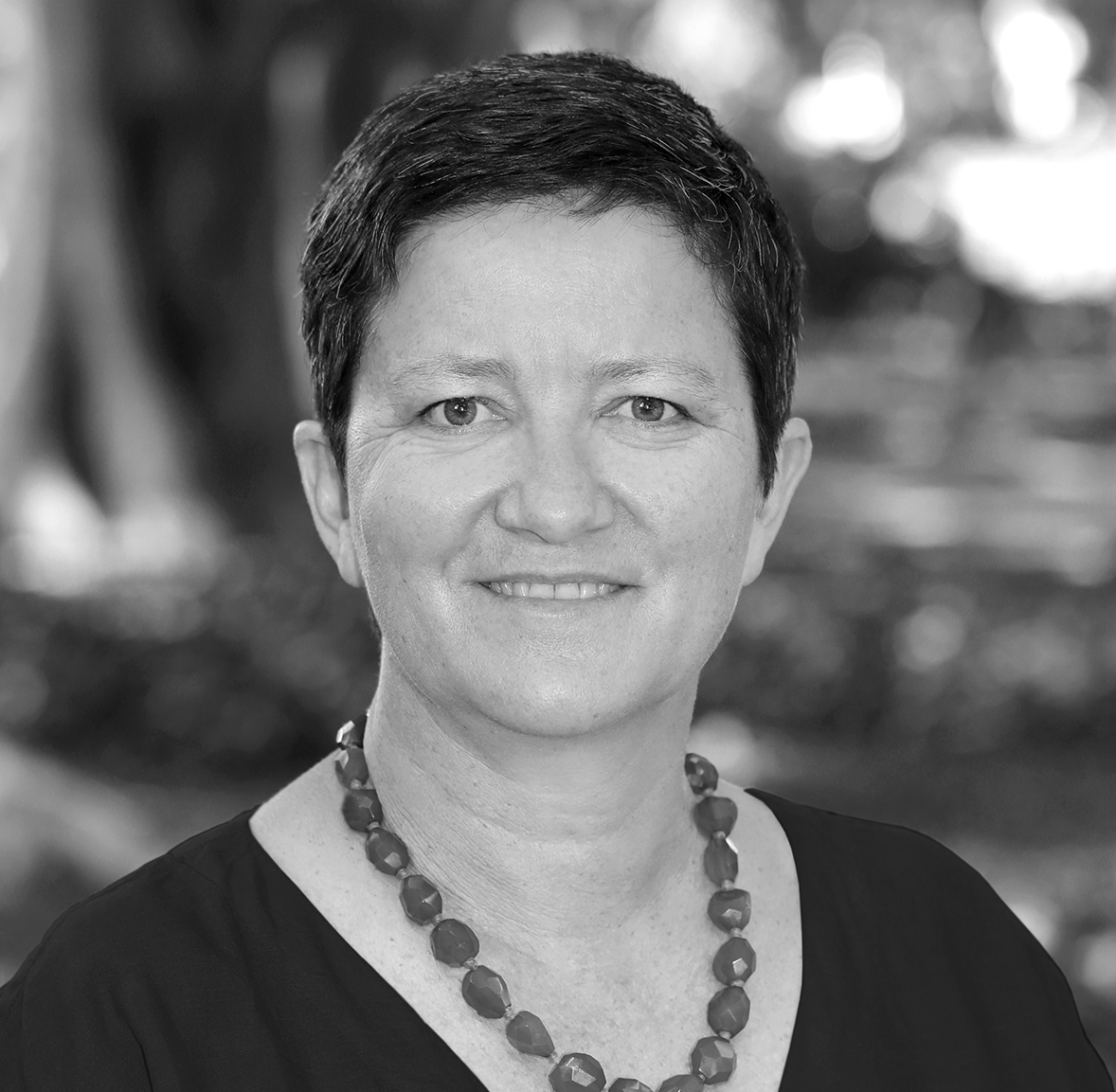 Caroline Pidcock Chair Suggest an article Send us an email