Just a pipe dream? Here’s what you need to know about Keystone XL

THE CONTROVERSIAL KEYSTONE XL PIPELINE HAS BEEN REJECTED BY UNITED STATES PRESIDENT OBAMA IN A MONUMENTAL ACHIEVEMENT FOR ENVIRONMENTALISTS, WHO WERE TOLD THAT THEY WERE FIGHTING A HOPELESS BATTLE.

Here's what you need to know about the project that caused people across the world to stand up for the planet:

The Keystone XL pipeline was a proposal to join 1,897 km of pipes running from Alberta, Canada to Nebraska in the United States. The new pipeline would have connected to existing pipelines that stretch down to the Texas Gulf Coast.

To give some perspective, that's about the length of Australia, north coast to south coast, running horizontally through the Northern Territory all the way down through the middle of Victoria to Melbourne:

The oil it would have carried

These pipes would transport approximately 830,000 barrels of oil per day, extracted from the carbon rich tar sands of Canada. Considered to be the dirtiest oil on the planet, tar sands are a dense mix of clay, sand, water and the heavy, viscous oil - bitumen. The richest tar sand is only comprised of about 10% oil and it takes approximately two tonnes just to make a single barrel.

This means that tar sand harvesting is creating immense degradation of the once-pristine Boreal forests and unlike conventional crude, tar sand must be dug up and melted with hot water to extract the oil, burning fossil fuels and producing 15-20% more greenhouse gas emissions than regular oil.

To make matters worse, bitumen is more corrosive and abrasive than regular oil, making pipeline ruptures and leaks a greater risk to the land and over 1,904 bodies of freshwater that the pipeline would cross through. Recovering oil from water is not easy, cheap or quickly done. Regular oil is bad enough when it spills in water, but unlike regular oil, bitumen will sink and once submerged it will become very difficult to remove without destroying the river bed.

Big oil says they've got the technology in place to locate and attend to spills when they appear, however, the pipelines that already crisscross the midwest have been no stranger to spills. The original Keystone 1 pipeline has had at least 12 reported spills in its first year of operation. If they are inevitably built to spill, who would want to take that risk?

The American Petroleum Institute stated that one pipeline would create half a million jobs (and then TransCanada came out and admitted that it was more like 35 jobs. Woops).

With an oil addiction that strong, maybe it is hard to comprehend that perhaps setting renewable energy efforts back by at least two decades and depleting non renewable resources could lead to huge environmental, economic, social and political problems down the track. 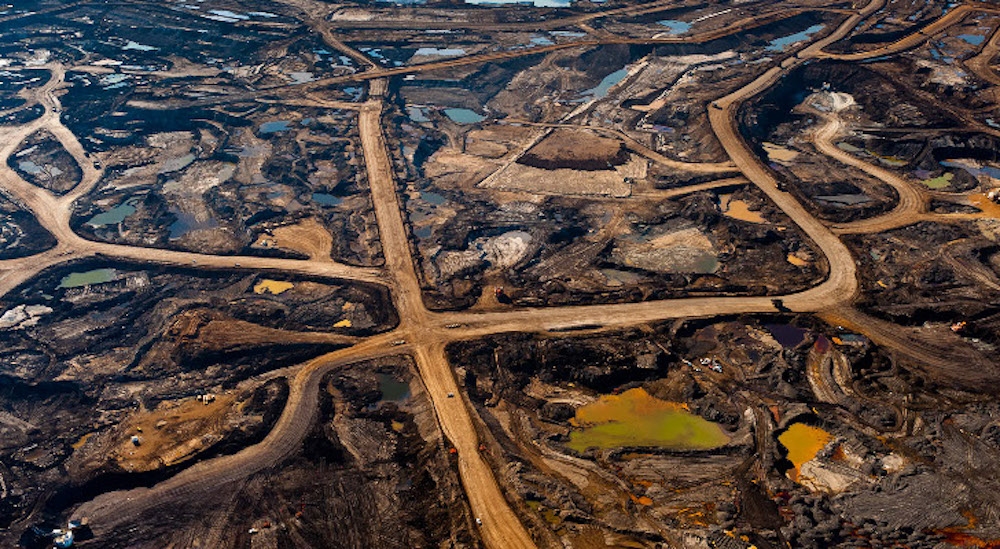 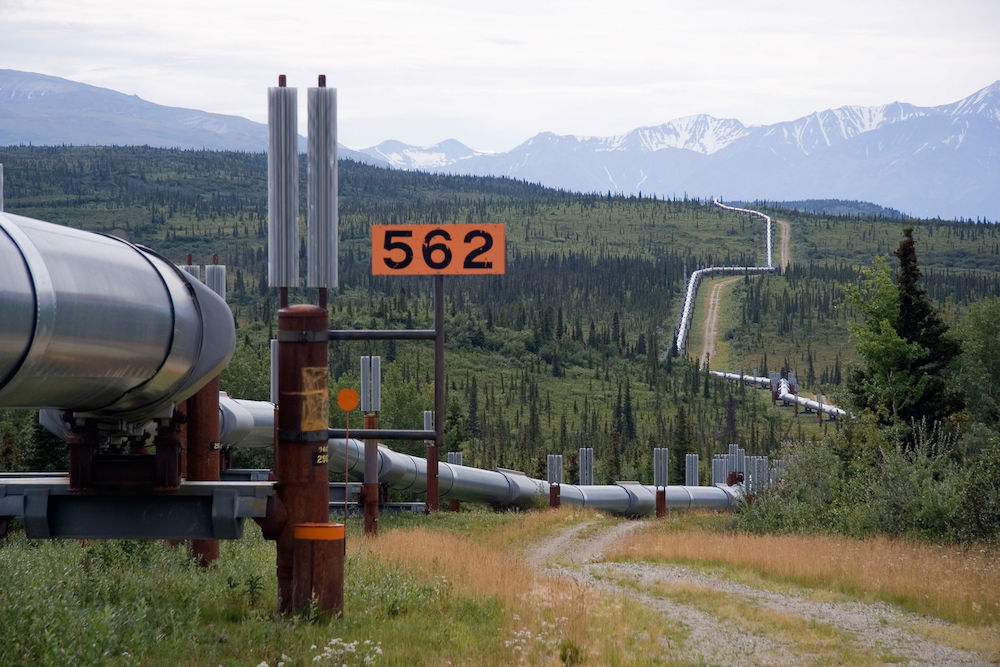 Pipelines like this still zig zag across the US. Source: Luca Galuzzi

A positive outcome is the strength of the environmental groups involved who were successful in enacting political change. More than 750 No KXL protests were held across north america, bringing together people from all demographics, ranging from students to grandparents, ranchers, farmers and tribal nations. This display of a diverse and spirited united front demonstrated such a serious concern for the environment that Obama chose their side in the battle, a reminder that big oil is not invincible.

“This is a big win. President Obama’s decision to reject Keystone XL because of its impact on the climate is nothing short of historic — and sets an important precedent that should send shockwaves through the fossil fuel industry.” 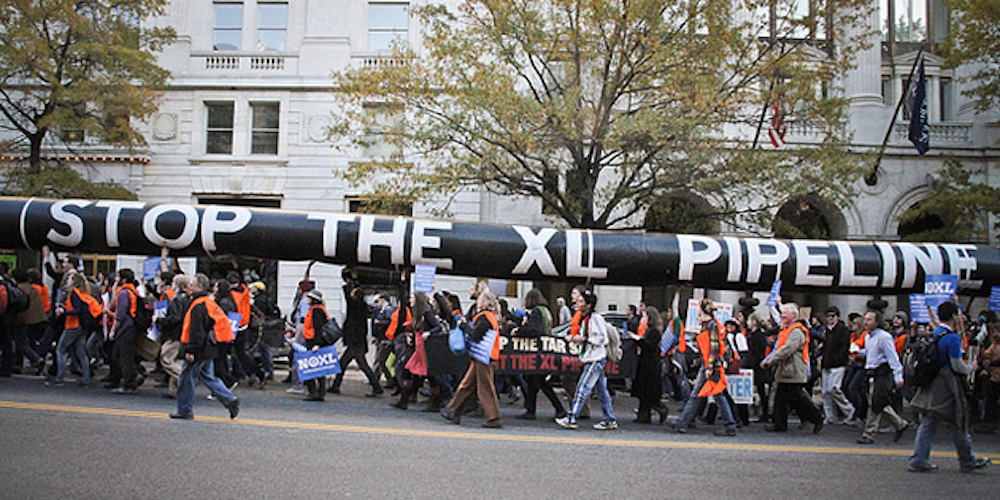 Keystone XL demonstrators across the country united to take a stand for the environment. Source: Clayton Conn 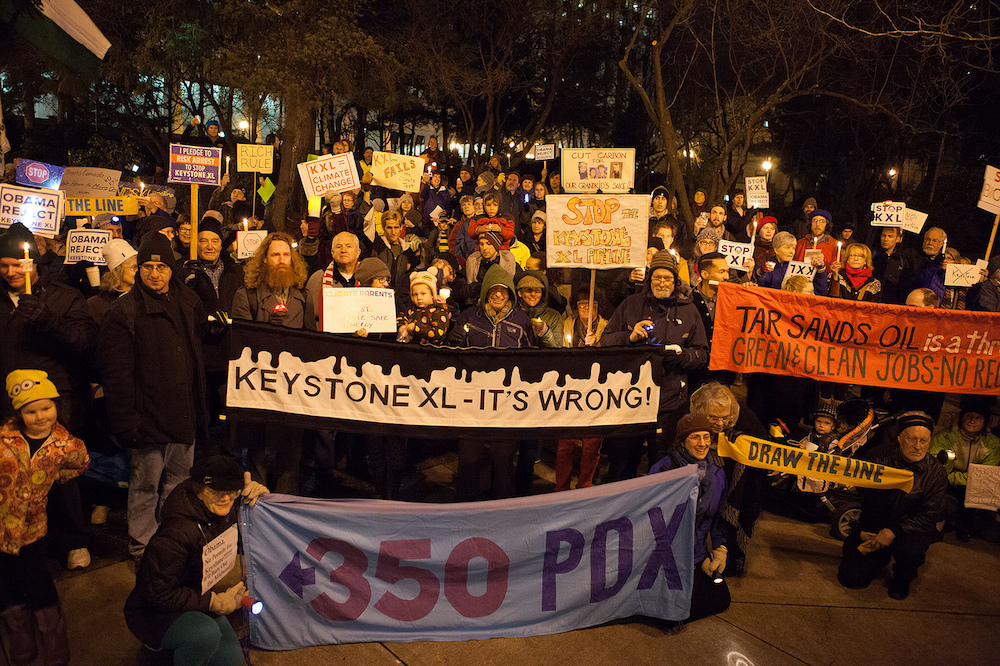 Where to find out more

Grist: The 7 things you need to know now about the Keystone Xl pipeline

Read this next: "Raging Grannies" take a stand against oil 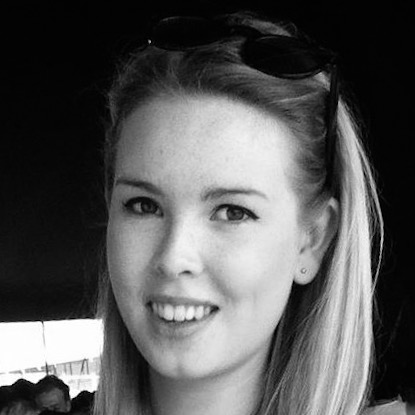