Is It Too Cheap To Visit The ‘Priceless’ Great Barrier Reef?

The Great Barrier Reef is one of the world's finest natural wonders. It's also extraordinarily cheap to visit – perhaps too cheap.

While a visit to the reef can be part of an expensive holiday, the daily fee to enter the Great Barrier Reef Marine Park itself is a measly A$6.50. In contrast, earlier this year I was lucky enough to visit Rwanda's mountain gorillas and paid a US$750 fee, and the charge has since been doubled to US$1,500.

To me, seeing the reef was better than visiting the gorillas. Personally, I would be happy to pay more to visit the Great Barrier Reef. Does this mean we're undervaluing our most important natural wonder? And if we do ask visitors to pay a higher price, would it actually help the reef or simply harm tourism numbers?

Putting dollar values on the natural world can be a heated topic. Earlier this year Deloitte Access Economics valued the Great Barrier Reef at A$56 billion "as an Australian economic, social and iconic asset", but was met with the retort that its true value is priceless.

The A$56 billion estimate was based on surveys that measured "consumer surplus and non-use benefits". This common research technique involves asking people what they would be willing to pay to get a particular benefit. For example, the entrance fee for the reef is A$6.50 but if I am willing to pay A$50 (say), that equates to a consumer surplus of A$43.50. In other words, I am receiving A$43.50 worth of value that I did not have to pay for. 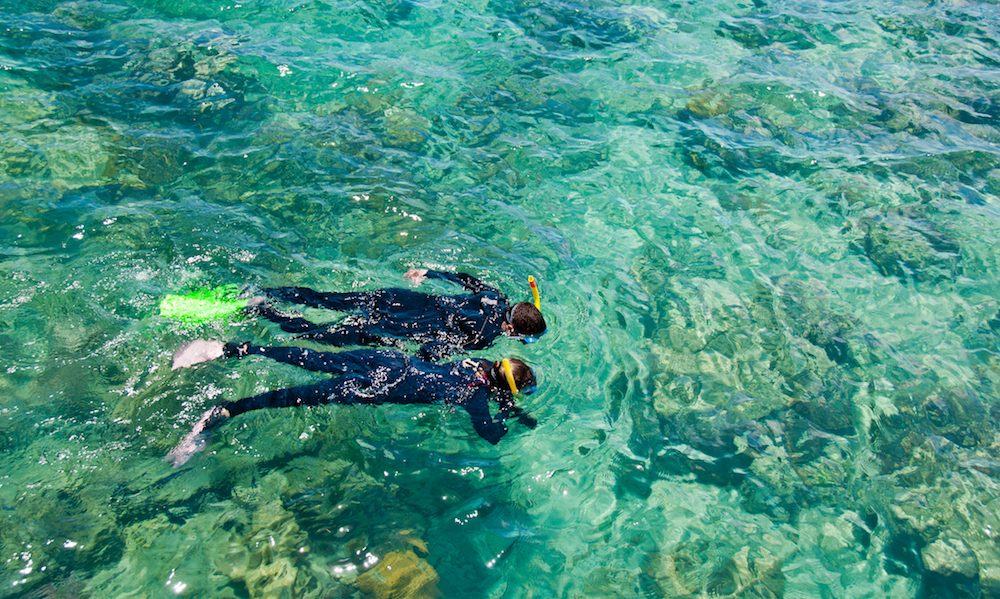 I understand that some people instinctively object to the idea of trying to put monetary values on things like the Great Barrier Reef. But I think valuation helps, on balance, because it offers a way to assimilate environmental information into the economic processes through which most decisions are made. Money makes the world go around, after all.

However this should be done on the proviso that the valuation is systematic and based on sound environmental and economic data.

Accounting for the Great Barrier Reef

The process by which these values are calculated is called "environmental accounting", and estimates have to meet international standards known as the System of Environmental-Economic Accounting or SEEA in order to be valid. This builds on the System of National Accounts (which among many other things gives us the GDP indicator). In this accounting, as in business accounting, the values recorded are exchange values – that is, what someone paid (or was likely to pay) for a good, service or asset. For assets that aren't regularly traded, this figure can be based on either previous sales or expected future income.

It does not use willingness-to-pay measures. The Deloitte report also estimated exchange values in line with accounting values, with the Great Barrier Reef contributing A$6.4 billion to the economy through tourism, fishing, recreation, and research and scientific management.

The Australian Bureau of Statistics has a huge amount of data on the Great Barrier Reef, covering the physical state of the reef and its surroundings, the economic activity occurring in the region, and more besides.

Unsurprisingly, tourism is the region's most valuable industry, contributing A$3.8 billion in gross value added in 2015-16 (see Table 1 here). That year the Marine Park had 2.3 million visitors, who together paid just under A$9 million in park entry charges (see Table 4 here).

Ecosystem services are the contributions of the natural world to benefits enjoyed by people. For example, farmers grow crops that are pollinated by insects and use nutrients found in the soil. These things are not explicitly paid for, but by examining economic transactions we can estimate their value. 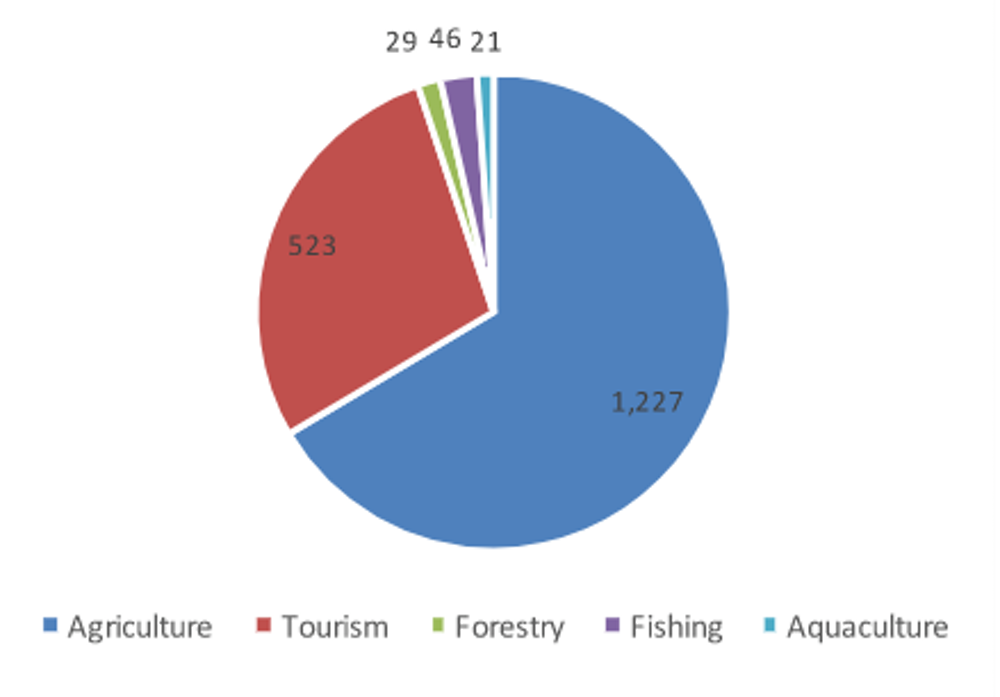 Graph: Value of ecosystem services (in millions of dollars) used by selected industries in the Great Barrier Reef Region in 2014-15.

The result is partly explained by the way things are valued. Agricultural products are bought and sold in markets, whereas the Great Barrier Reef is a public asset and the fee for visiting it is set by governments, not by a market.

On these numbers, paying A$6.50 to visit one of the great treasures of the world is a bargain indeed. But what does it mean for the reef itself?

The reef is under pressure from many factors, including climate change, nutrient runoff, tourism impacts, and fishing. Managing the pressure requires resources, and it makes sense to ask those who use it to pay for it.

Increased funding to help manage these pressures would therefore be good. What's more, governments could conceivably also use natural resources to generate money to fund other public goods and services, such as roads, education, health, defence, and so on.

Environmental accounting offers a clear way to assess such trade-offs, and will hopefully lead to better decisions. To achieve this we will need:

The last will no doubt make some uncomfortable, while the second will take some time. The first is already a reality. I hope others take the time to understand and analyse the accounts already available, and that we get as much debate about managing the environment as we do about managing the economy.

Read this next: The Great Barrier Reef Isn't Listed as 'In Danger' – But It's Still In Big Trouble