Is It Time To Ditch Your Car?

The average car is stationary 96% of the time. That's a fairly consistent finding around the world, including in Australia. A car is typically parked at home 80% of the time, parked elsewhere 16% of the time, and on the move just 4% of the time. And that doesn't include the increasing time we spend at a standstill in traffic.

The funny thing is that while we own more cars than ever, we're actually using them less. You might think that's a good thing; that we're responding to worsening congestion and health, debt and environmental damage by opting to drive fewer kilometres.

But the problem is, we're still choking our cities and harming our health, finances and environment by continuing to waste our resources on these increasingly dormant vehicles. 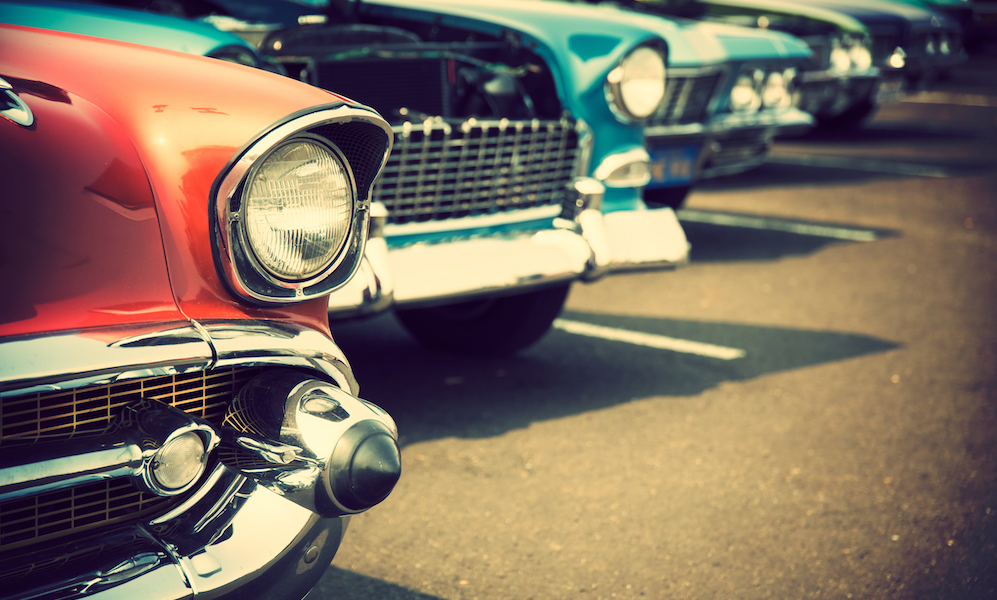 It's not just the car itself that's wasted. Consider the resources and infrastructure – both private and public – needed to design, mine, manufacture, ship, sell, fuel, move, store, secure, insure, regulate, police, maintain, clean, repair and dispose of all these cars.

David Owen, a staff writer with The New Yorker, has called cars "consumption amplifiers". They are emblematic of a hyper-consumerist lifestyle that doesn't really make us any happier.

Our declining car use gives us an opportunity. If we can adjust our car ownership patterns to match our actual needs, we can plan our lives and cities in ways that don't revolve around a mode of transport that no longer serves us like it used to.

By default, we still think of cars as fast and convenient. It might appear that way on the street, but the overall reality is quite different.

For a start, cars are a woefully inefficient way to transport a person from A to B. Typically, only around 20% of the energy from fuel combustion is converted into motion.

If we assume that the average car weighs roughly 20 times more than its driver, we can estimate that for a single-occupant car journey, with no significant other cargo, the effective fuel efficiency drops to just 1% (adding a passenger only raises this to 2%). And that's before we take into account the broader resource and infrastructure requirements, as mentioned above, for that journey to take place.

The urban car isn't terribly fast either. Research shows that when we take into account not only the time in transit but also the time spent working to pay for the car and its operation, the car's average "effective speed" in cities is generally well under 13km per hour. This has been called the "urban speed paradox". As cyclist and author Greg Foyster has pointed out, "your typical commuting cyclist can beat that without breaking a sweat".

These and other factors have resulted in what's called "peak car". The average distance travelled per person by car has been declining for more than a decade. Commuting distances and average urban driving speeds have also peaked and the rate of new licences is plummeting.

Ford Motor Company's future trends manager, Sheryl Connelly, has suggested that cars no longer symbolise freedom to this generation in the way they did to baby boomers. The rise of car-sharing schemes has also caused renting to lose its stigma. Young people now prize access over ownership.

Yet, for too many of us, a privately owned car remains the default for almost every transport task. There are times when cars are useful, but for general urban commuting, based on what we've seen above, it is like using a chainsaw to carve butter. 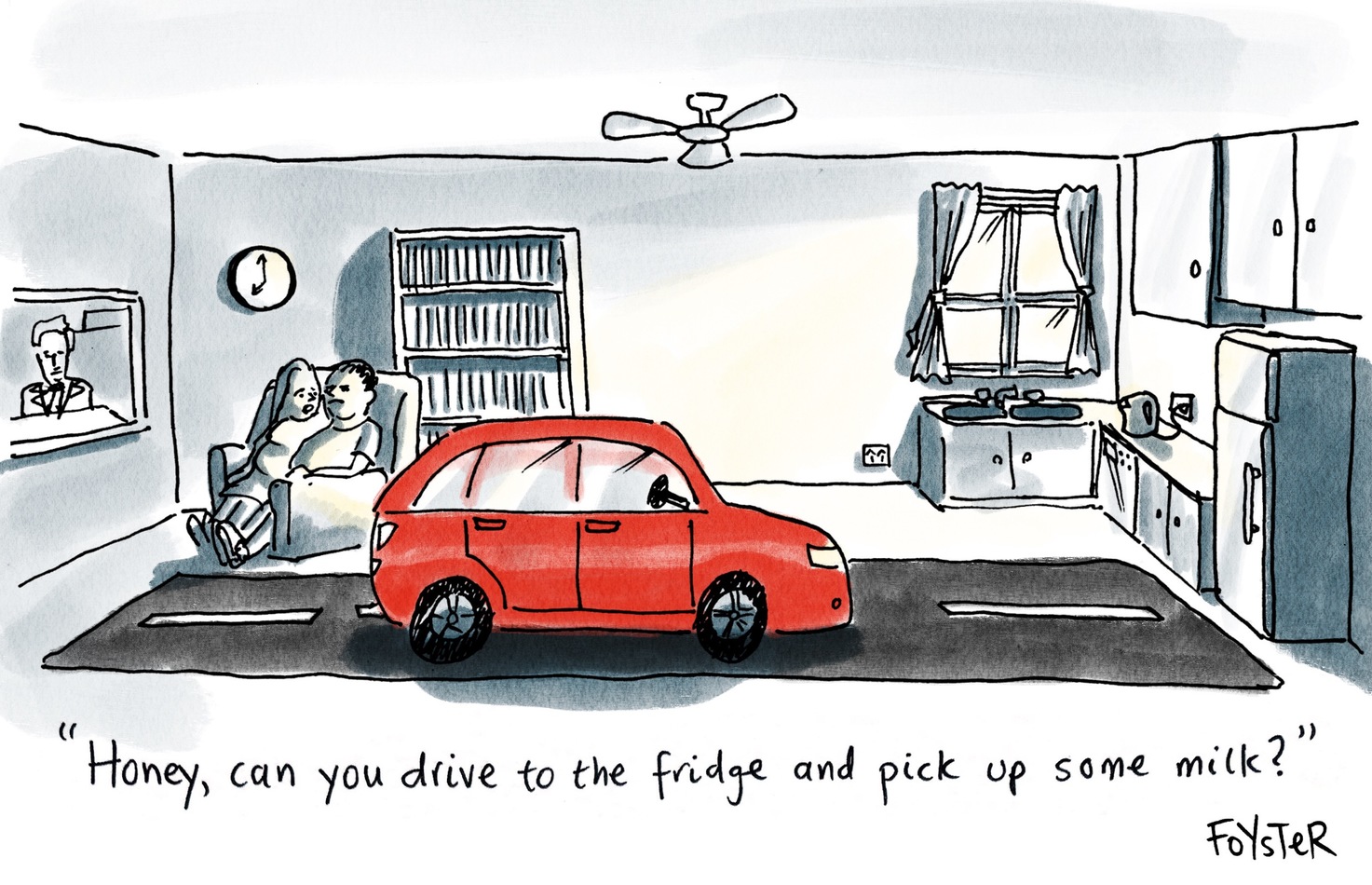 Many urban areas around the world are seeing a rapid shift away from private cars as the dominant form of transport. Areas of some cities are even going car-free while reallocating old road space to public or active transport, or back to nature.

In Australia, the City of Port Phillip has devised a plan to halt the growth in car ownership, even as the city's population doubles, by converting hundreds of parking spots into car-share bays. Each share-car is reported to take up to 14 cars off the road, while cutting the costs of personal mobility by up to 60%.

One local resident was reported as saying the recent addition of a car-share spot at the end of his family's street had prompted them to sell their rarely used car. "Now that there is a really good number of cars close by, we can make that move to going completely car-free."

Alongside all this are new planning models for activity centres, integrated transport networks, and carless or near-carless residential developments.

All the while, speed limits are decreasing, free public transport (at point of access) is increasing, and automobile and business associations are advocating for heavy investment in active and public transport.

Transport in 2017 and beyond

None of this is meant to demonise cars or their drivers, or to suggest that no one should own a car. What I am saying is that the model of everyone owning their own car is best relegated to the 20th century. This leads to the question of what the optimal level of car ownership might be, where we achieve the transport benefits without the waste, damage and expense.

What if in 2017 we focused on developing our personal and collective toolkits beyond the chainsaw, to do a better job of moving ourselves around?

You might get to know your local matrix of transport options better, from walking, cycling and skating routes to public transport, shared transport (car-share, ride-share, bike-share, taxis) and rented transport (cars, trucks, motorbikes, bicycles). Over time, you could then home in on how they work best together.

More of us could consider placing our cars in peer-based car-share or ride-share programs (informal or formal). Or we could even choose to sell our cars, and opt into one of the above schemes as a user rather than provider.

Peak car is upon us, and with it comes the opportunity to choose new models of urban transport that better match our current needs for quality, sustainable living. It is vital work. And like any good tradie, we need to make sure we have the right tools for the job.

Read this next: This neighbourhood went without cars for a month, and the results are incredible!