IPCC report: how to make global emissions peak and fall – and what’s stopping us

Every few years, the Intergovernmental Panel on Climate Change (IPCC) – the United Nation's climate science body – produces a major report on the state of the climate crisis. However you slice it, the latest IPCC report told the world what it already knew – and added even greater urgency.

Like the last two in 2014 and 2018, the recent IPCC report doesn't say it directly in the text, but you can clearly infer from the numbers that to have anything like a decent chance of limiting warming to 1.5°C – the goal of 2015's Paris Agreement – global emissions need to peak by around 2025 and then plunge rapidly towards zero. We had 11 years to reach that peak and turn it around. Now we have four.

The report sets out five different pathways that emissions could take in the coming decades, with different "climate futures" attached to them. The pathway in which emissions fall as fast as possible gives us a bit less than a 50% chance of limiting warming to 1.5°C. In this scenario, the world has to limit total greenhouse gas emissions over time to the equivalent of around 500 gigatonnes of carbon dioxide (CO₂).

The report shows that at the moment, the world emits around 40 gigatonnes a year (and growing). That leaves about 12.5 years of emitting at current levels. So if the world reaches zero emissions by 2050, in each year until then, emissions must be no higher than 40% of 2021's emissions on average.

To get emissions to peak and then start on a downward trend is fairly simple in theory. There are several major changes that can be made in sectors like electricity, construction and transport, where lots of emissions come from, and where there are readily available alternatives. These include: 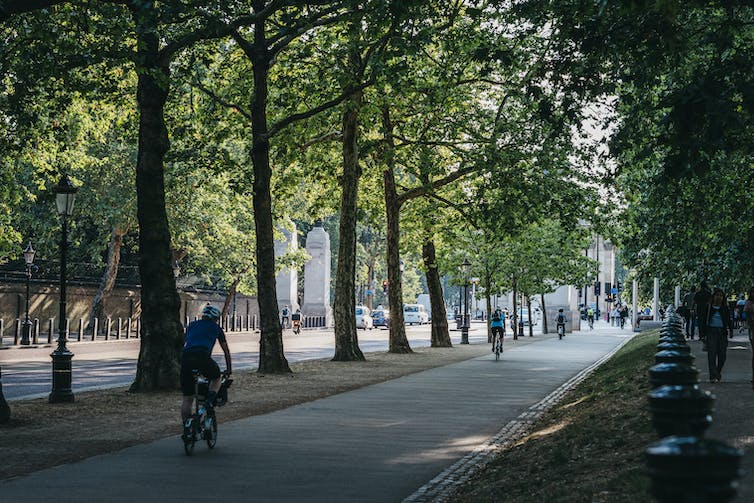 Achieving all of this in ten years is technically possible. But there are significant obstacles which are fundamentally political.

Fossil fuel companies continue to fight to prevent action that threatens their profitability, lobbying governments to weaken legislation and to protect their subsidies. They have enough support in enough countries – think Australia, Poland, Russia and Saudi Arabia – and enough countries with contradictory interests – Canada, the Netherlands, the US and Norway – to stall action in a range of forums, as in the latest G20 summit. Even in countries with relatively strong climate policies, the power of the fossil fuel industry generates various contradictions, as in the UK's continued support for North Sea oil and gas.

Global inequalities in emissions remain an important issue to deal with too. There are rapidly growing emissions in developing countries but stable or gently declining emissions in most industrialised nations. Peaking emissions globally means curbing emissions growth in China and other countries, with much more rapid declines in the US, UK and Germany than the global average. The politics of this are delicate and complicated.

Then there is the question of how to finance this rapid shift. This entails mobilising investment in renewable energy, doing huge amounts of retrofitting buildings for energy efficiency and electrification, and accelerating the construction of electric vehicle infrastructure. It also entails significant global financing of such transitions in developing countries. But how should this money be mobilised?

The neoliberal consensus of the last four decades favours private finance. But leaving this effort to the free market is likely to be inadequate. Fossil fuels are often still more profitable than renewables, despite the latter's cost-competitiveness. Reviving notions of public finance to generate sufficient investment in low-carbon sectors may be necessary. There has been some shift towards this approach in the emergence of green new deals in different countries, but a much bigger push in this direction is needed.

And of course, the world remains distracted by other crises. The most obvious of these is COVID-19, which has disrupted climate action in most countries, delaying new policy announcements, focusing attention on both the pandemic and the economic recovery. The level of investment needed to overcome COVID-19 has presented some opportunities, but the evidence so far seems to suggest that the world economy is bouncing back towards high-carbon growth.

Meanwhile, COVID-19 has reduced the pressure on political leaders to act on climate change. It has been much harder to organise the protest movements – the school strikes, Extinction Rebellion – that were burgeoning before lockdowns came into force globally. 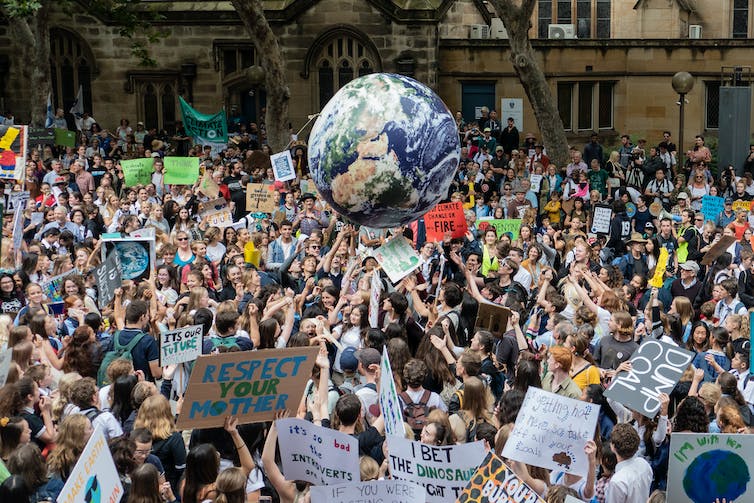 The pandemic has cost the climate movement precious momentum. Holli/Shutterstock

The importance of COP26

The IPCC report will be used to inform the discussions of world leaders at the UN climate talks, otherwise known as COP26, which are to be held in Glasgow in November 2021. But if there are so many things preventing putting emissions on a downward trajectory, what can the world expect from this fortnight-long meeting?

Clearly it can do some things. It is the key site for negotiating global inequalities, such as how richer countries should compensate poorer ones for having to bear the brunt of a crisis largely not of their making. Such issues have dogged the UN climate process since negotiations started in 1991. It is where national governments are supposed to make new sets of commitments, known as nationally determined contributions, to meet the overall goal of the Paris Agreement's proposed global temperature limit.

Some of these commitments have already been published, but the signs that they are significantly strengthening global action are not good. So far, and despite US president Joe Biden's summit in April, there is no sense that leading states are successfully persuading each other to improve their commitments, generating the kind of momentum in 2015 which led to the Paris Agreement.

To expect much from COP26 itself is to miss the key sites of action involved in causing emissions to peak and decline however. In the Paris Agreement, these are national governments. And most of the conflicts preventing action occur within countries.

It's at this level that people must focus much of their attention, to outweigh the influence of fossil fuel companies, find novel ways to fund decarbonisation and steer the economic recovery from COVID-19 towards a low-carbon future.