How will the Barrier Reef recover from the death of one-third of its northern corals?

The problems caused by mass bleaching on the Great Barrier Reef have continued to deepen, with the latest estimates based on results from our surveys showing that 35% of corals are now dead or dying along the northern and central sections of the reef north of Townsville.

We have been tracking this severe bleaching event for months, documenting the damage as abnormally high water temperatures caused the coral to bleach, losing the algae that live within their tissues and supply most of the corals' energy. 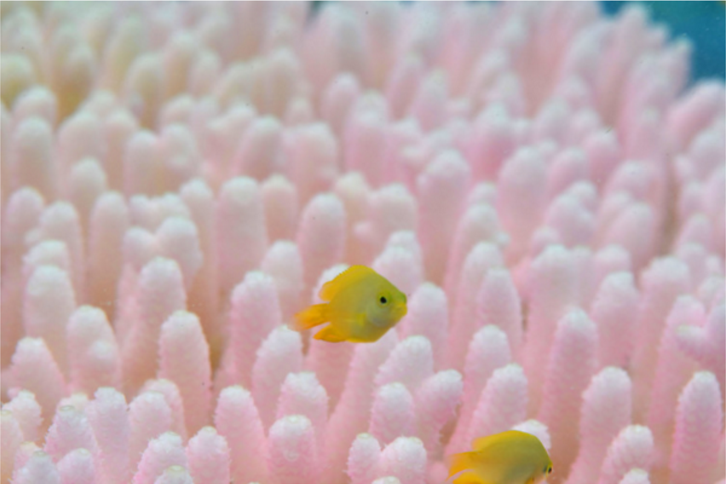 Image: Justin Marshall via The Conversation

The scale of the damage

For this latest survey, my colleagues and I carried out in-water surveys of corals on 84 reefs, spanning 1,300 km from Townsville to the Torres Strait, between mid-March and mid-April this year. We counted the number of coral colonies that were either recently dead, bleached completely white, partially bleached or healthy, as well as quantifying the percentage cover of hard corals and other organisms at each reef.

When you're underwater, it's easy to spot corals that have recently died due to bleaching because their white skeletons are coated in a thin film of greenish-brown algae. Over time, the algae grows to form a thick mat that obscures the skeleton – a hallmark of long-dead corals that are not victims of the recent bleaching. Our surveys did not include these colonies.

Corals that are bleached totally white, having lost nearly all of their symbiotic algae, have an extremely low chance of recovering because it takes several months for the algae to come back. In contrast, most corals that are only partially bleached will survive and recover quickly.

In the reef's central section, between Cairns and Townsville, colonies tended to be partially bleached instead of completely white or dead. We estimate that fewer than 5% of colonies will die on many of these reefs.

But on the reef's northernmost section, north of Cooktown, we estimate that more than half of the coral colonies on many reefs have died. 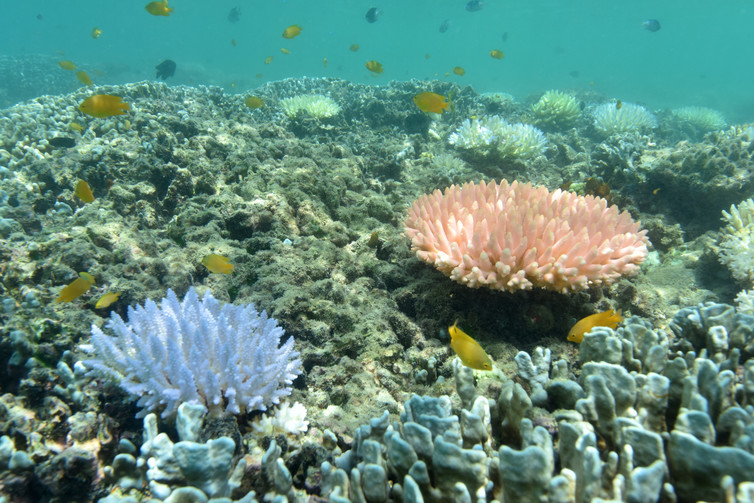 Image: Justin Marshall via The Conversation

What do these figures really mean?

Corals are made up of tiny modules, called polyps, that are joined together to form colonies. Most of the polyps in each colony can reproduce, and this obviously means that larger colonies can produce more larvae.

Similarly, reefs with more different colonies living on them can produce more larvae overall, providing a supply of new corals that can disperse to nearby damaged reefs and kick-start their recovery.

In places where corals have died on just a few reefs among many other healthy reefs, the supply of larvae from the neighbouring healthy reefs can facilitate more rapid recovery.

But in places where coral deaths are spread across most of the reefs, such as the stretch north of Cooktown, the coral larvae needed to recolonise the reefs have to travel much longer distances and this slows down the recovery.

This shows why coral bleaching is particularly damaging to reefs: its effects can be apparent over a scale of thousands of kilometres. Other disturbances, like cyclones, can also kill lots of coral, but their effects are usually more localised, meaning that recovery is easier.

Based on previous bleaching events, it can take several decades before these reefs recover, and much longer before the oldest and largest colonies are able to re-establish themselves. Some areas of the reef that were severely bleached in 1998 still haven’t recovered. The fear is that the time between bleaching events is now shorter than the time needed for reefs to recover.

Ocean currents are crucial to reef recovery, because of the importance of dispersing coral larvae for repopulating damaged reefs. On the Great Barrier Reef, the East Australian Current helps to transport larvae from north to south. However, this current begins its southward path at around 18º South (just north of Townsville), meaning that this current will be little help (and will in fact be an active hindrance) to the recovery of the most severely bleached reefs beyond that.

Another factor that impedes recovery is that bleached corals have lower reproductive output after a bleaching event. This means that even colonies that don't die this year will contribute fewer larvae in the coming years.

Improving water quality and controlling outbreaks of crown-of-thorns starfish are also very important, because reducing coral loss due to these other factors can increase the resilience of the reef to bleaching.

Technological approaches, like shading reefs or artificially restocking reefs, might be considered for specific small reef sites, but they are not feasible for the conservation of the 2,300 km Great Barrier Reef, or for coral reefs on a global scale.

Read this next: Our toolkit for lobbying people in positions of power