Greed is not so good

It's difficult to critique capitalism without sounding like Karl Marx, but the cracks in this often-unquestioned ideology are widening as our planet becomes warmer and more polluted.

Capitalism values growth: If you're not growing, expanding, increasing and developing, you're automatically failing.

Unfortunately, this results in "growth for the sake of growth": companies and organisations struggling to increase their profits every year in the pursuit of….what?

The truth of the matter is that we're often developing without a clear goal. Furthermore, we're rejecting sustained efforts and stability as a positive thing.

No matter where your political ideologies lie, you'd have to agree that many of the resources in our world are finite. We will eventually run out of usable coal, oil, water and clean air if we continue along this same path of endless growth. Why? The answer is a deduction of simple logic: you can't have infinite growth in a finite world. 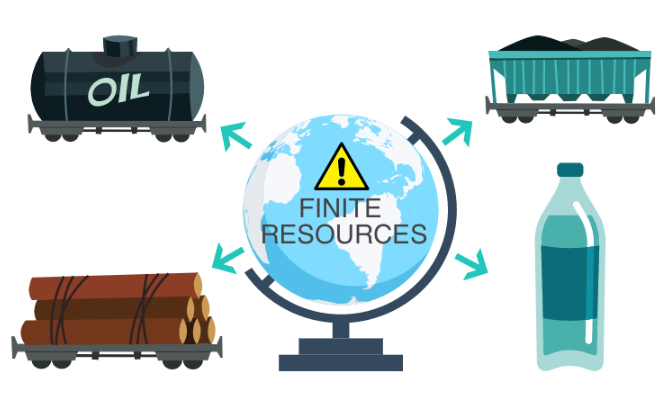 Even if we look to renewable resources such as wind and solar, we will eventually run out of space on the surface of our planet to build upon! Then what, Mars? I'm not sure if we deserve another planet if we've just gone and trashed this one.

So when will capitalism take notice of our disrespect for the planet?

Pollution and waste are not really a concern for capital until and unless they become a significant drain on overall profitability.

If we acknowledge that our system is fundamentally flawed, what can we do?

It's probably going to take a while for our world leaders, businesses etc. to accept that capitalism in its current form is just not going to cut it beyond the next 10 years or so. In the meantime, we (the people!) have to start shifting our own behaviours in order to produce substantial bottom-up change in our world.

Here at 1 Million Women we try to encourage people to live a low-carbon lifestyle: consume mindfully, dispose of waste responsibly and encourage other to do the same. More important than this, however, is creating a change in our collective way of thinking: life is more than gain, greed and gold.

We're not short of slogans for this new world order, but slogans aren't going to produce change, we are. 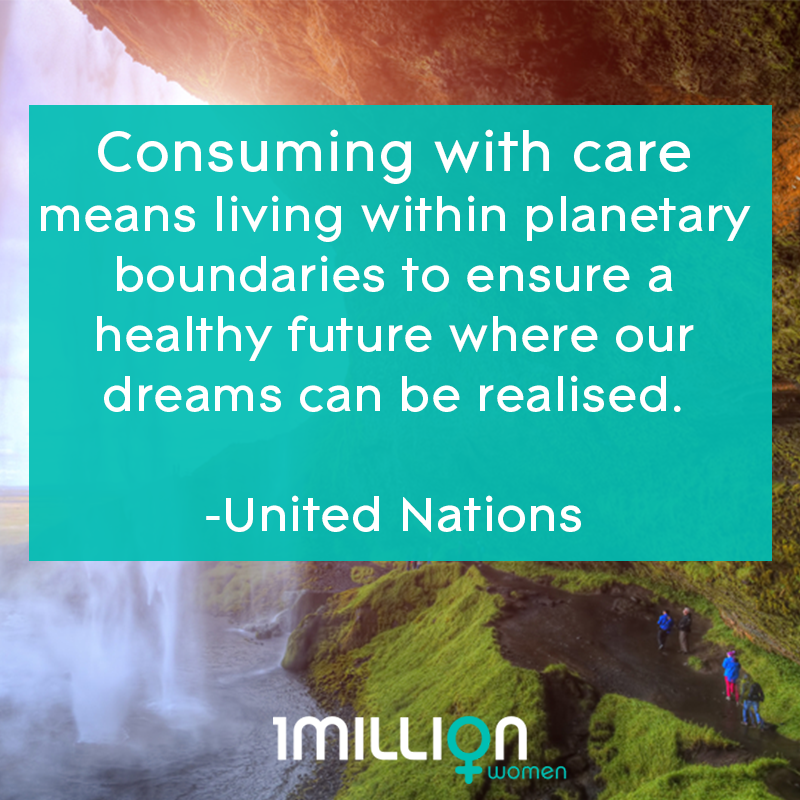 Beyond money and consumption

Economist Joseph Stiglitz is quick to point out some of the deficiencies with relying on measure of wealth such as Gross Domestic Product (GDP) as our way of deciding how well we're doing as a society. "GDP doesn't tell you what happens to the typical citizen," he argues, as this number often overlooks inequality and unequal distribution of wealth, as well as other social issues such as sustainability.

But what's the alternative to measuring our worth in dollars and cents? One idea is Green GDP, which Joseph Stiglitz argues would take into account environmental degradation and resource depletion. This, he says, would help to discourage unsustainable practices in the pursuit of high GDP, such as investing in non-renewable energy resources.

One nation challenging the emphasis placed on GDP is Bhutan. Its groundbreaking introduction of a "Gross National Happiness" (GNH) index in the 1970s places the emotional wellbeing of the nation at the center of policy development. According to the Centre for Bhutan Studies (CBS), "The concept implies that sustainable development should take a holistic approach towards notions of progress and give equal importance to non-economic aspects of wellbeing…. The GNH Index is meant to orient the people and the nation towards happiness". In this way, Bhutan shifts the emphasis from the accumulation of wealth to increasing the quality of life for the population.

These are just ideas, of course. The amount of time and effort that it would take to get the world population to challenge the current way of doing business is mammoth. But we don't have a lot of choice: our planet is starting to fight back with tidal waves, drought and fracking-induced earthquakes.

Related: 7 quotes that will inspire you to live a better life with less stuff

Hope for the future

It's hard to be optimistic when the reality is so bleak: rising temperatures, extreme weather, drought and poverty.

At the same time, there are plenty of reasons to be hopeful: world leaders are meeting in Paris to set goals for the future in order to keep rising global temperature under 2 degrees Celsius. In addition, the International Energy Agency predicts that renewable energies such as wind and solar will overtake coal in the 2030s.

All around us we find example of groups and individuals fighting for a new way of living that takes into consideration the planet's health as well as the "health" of our collective bank account.

When the last tree is cut, the last fish is caught, and the last river is polluted; when to breathe the air is sickening, you will realize, too late, that wealth is not in bank accounts and that you can’t eat money.

Will you join us?

READ THIS NEXT: Watch as these young people ask why world leaders are allowing the destruction of the planet